17 Awesome Bush & Shrub Sculptures You Must See To Believe Skip to content
We are reader supported. External links may earn us a commission. 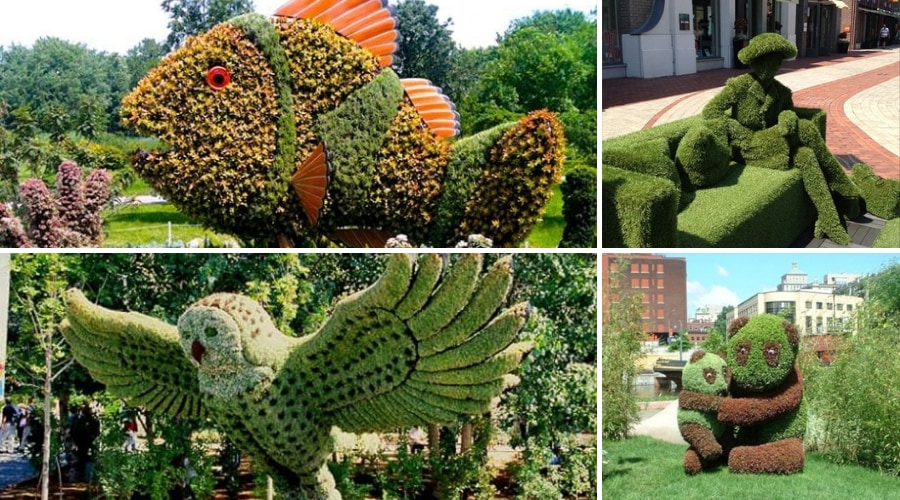 Gardeners around the world have been honing their crafts for decades. Turning bushes and hedges into awesome sculptures have been something practiced by people since the ancient Roman times, believe it or not. But today, it’s for the front yards of mansions, botanical gardens, and sports. No joke. There are actually hedge carving competitions around the world.

But it’s not just the simple idea of trimming a bush into a certain shape. Topiary is another form of the art, and it’s where you start with a wire frame and then grow the bush around it, trimming as needed. Pretty cool, right? So, for your amusement as well as my own, I’ve gathered up some of the most awesome bush and shrub sculptures that you must see to believe.

A Beast of Sorts 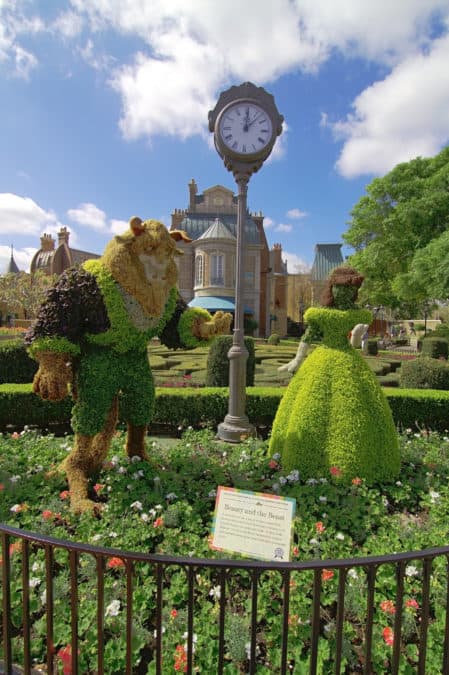 Disney World is full of topiaries and bush sculptures. Literally, they’re everywhere. And with the upcoming release of the new live action beauty and the Beast movie, I just had to kick off this list with The Beast! How cool is this? So detailed, and true to the original character from the cartoon we all grew up with.

A Bowl of Flowers 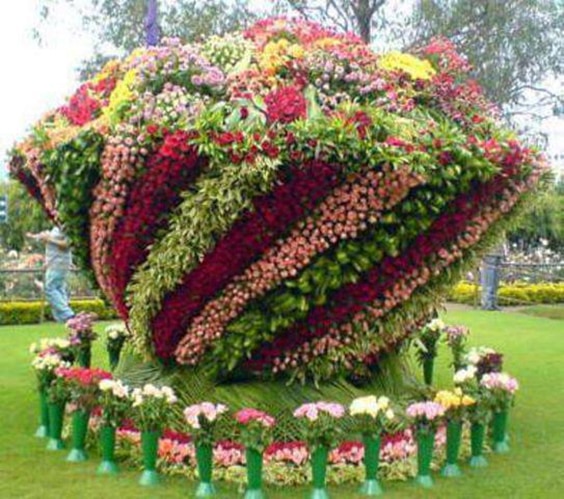 It takes some serious skill to organize a sculpture such as this. I mean, LOOK AT IT! The many colors, species of flowers, and then the arrangement that they flow in as the sculpture twists into a bowl shape that is reminiscent of Alice in Wonderland. 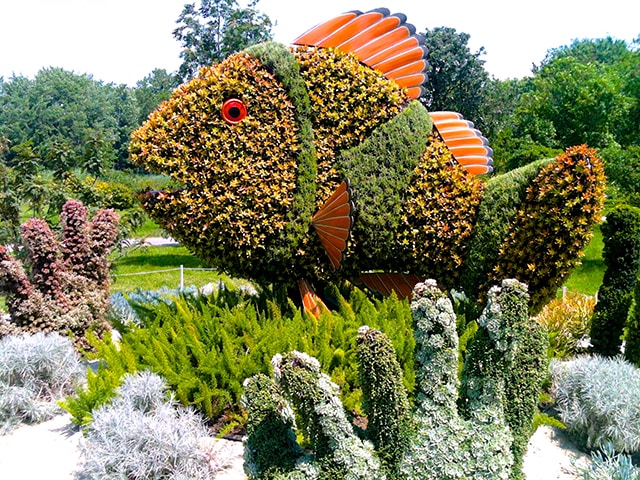 If you love Finding nemo, or just fish in general, then check this out. Some parts are non-plants, but the sculpture is too cool not to have on the list. It’s even built on an angle so it looks like it’s jumping out of the garden of other bush sculptures.

Look at Those Hooters! 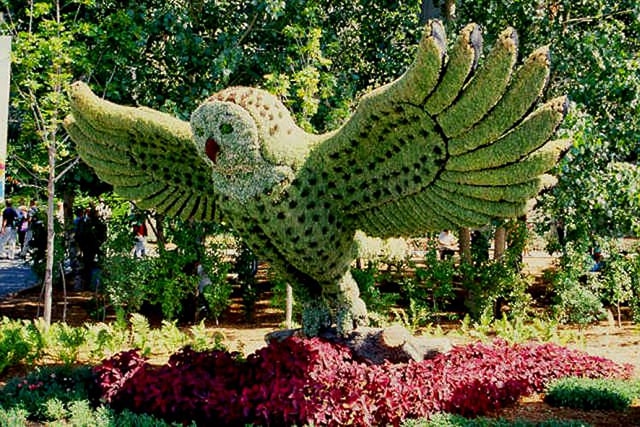 I love owls, don’t’ you? They’re huge right now and can be seen everywhere from bedding to tattoos. And now, apparently, in the form of bush sculptures. You have to admit, though, this one is pretty awesome. Very detailed, very cool.

Pull Up a Seat 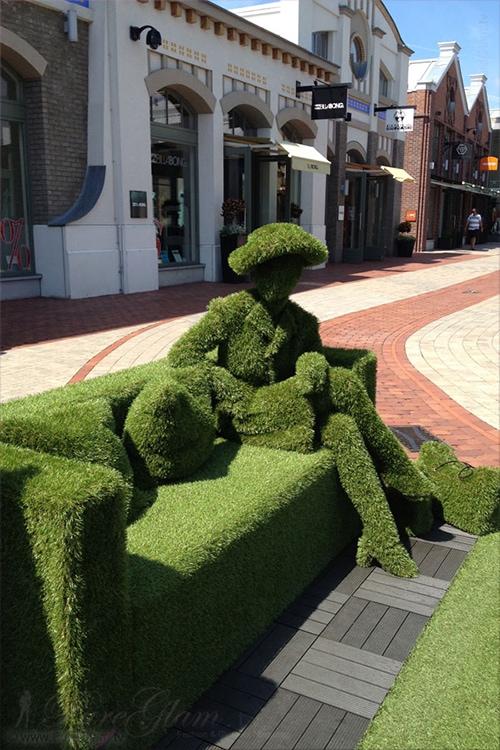 How inviting is this? I wonder if it would support the weight of someone actually sitting on it. Regardless, it’s pretty unique. Yes, a bench by itself wouldn’t be that impressive. But the addition of a person sculpted into the design is awesome. 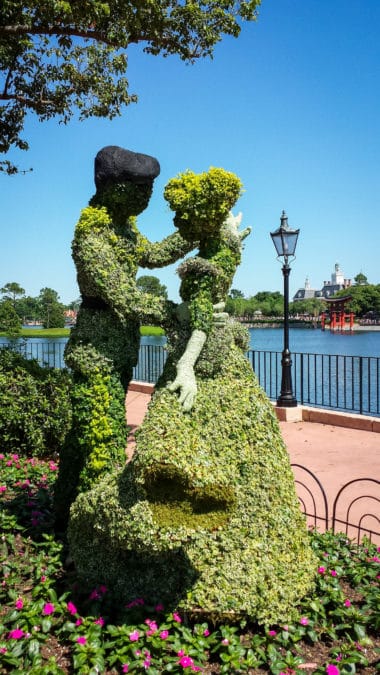 Recognize this iconic dancing couple? It’s Cinderella and her prince dancing away before the clock strikes 12. It’s another Disney World treasure. Apparently, I need to go there and witness these magnificent topiaries for myself. 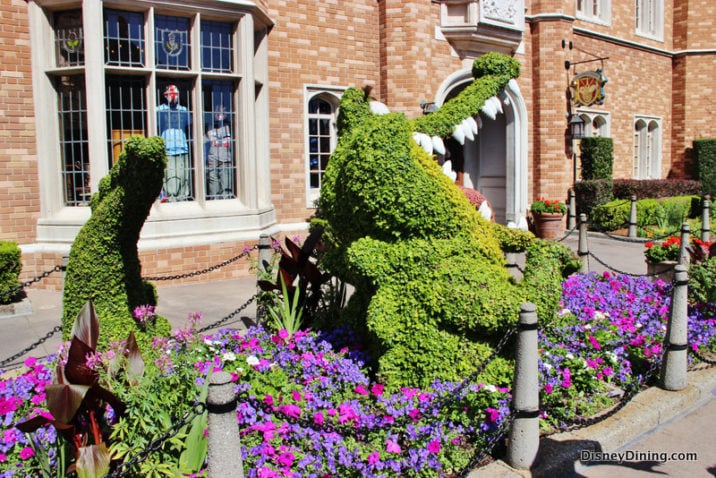 The story of Peter Pan and captain Hook isn’t complete without the clock croc who swallowed Hook’s hand. And I guess Disney World agrees. It’s a pretty iconic character and makes a super awesome shrub sculpture, too. 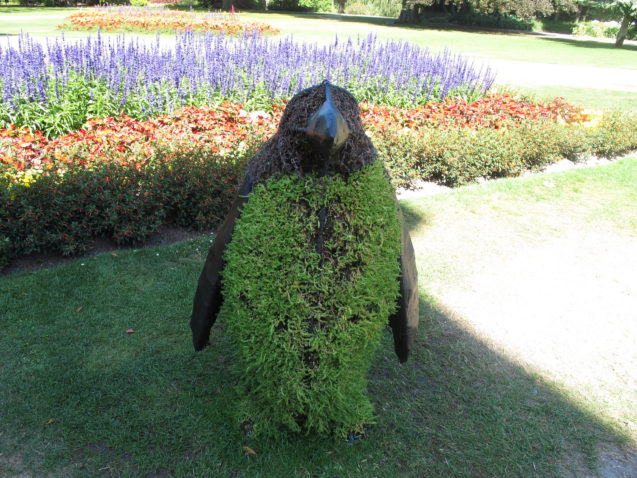 I LOVE penguins. They’re my favorite animal on the face of the planet besides dogs. But I couldn’t find any dog bush sculptures. So, here’ a penguin that seems to be losing a bit of hair on its belly! 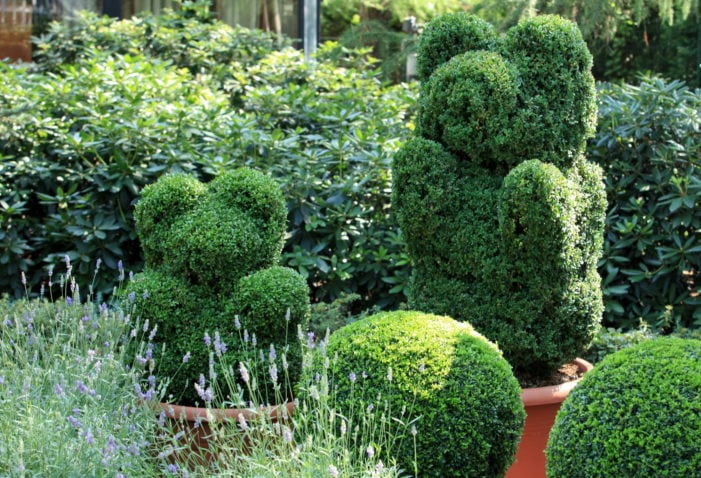 Looks at these pair of teddy bears in some flower pots. Almost didn’t see them behind the fuzz sculpted ball shrubs. 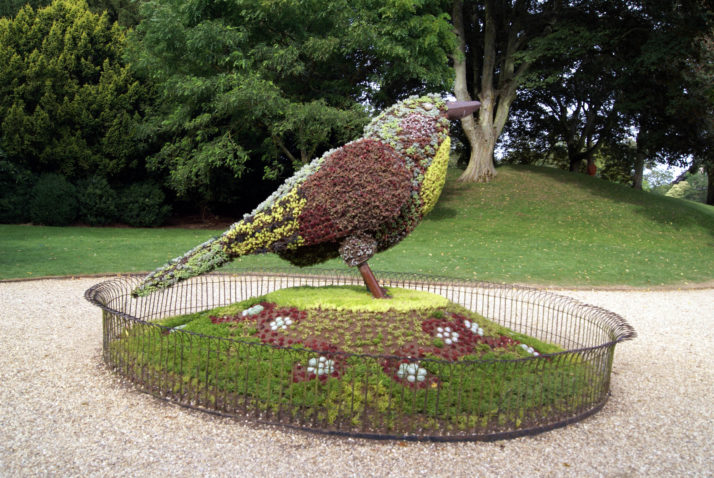 Look at the amount of detail and different shades and colors that went into this sculpture. Truly talented artists. 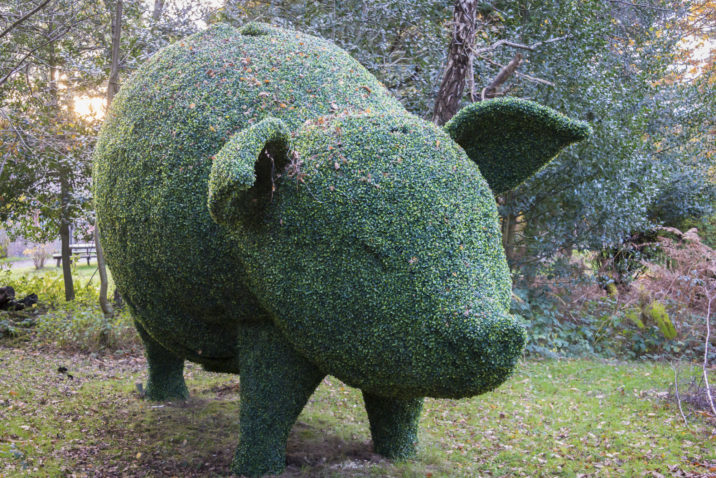 Look at the giant pig! What compelled them to make enormous bush statues of pigs? We’ll never know. 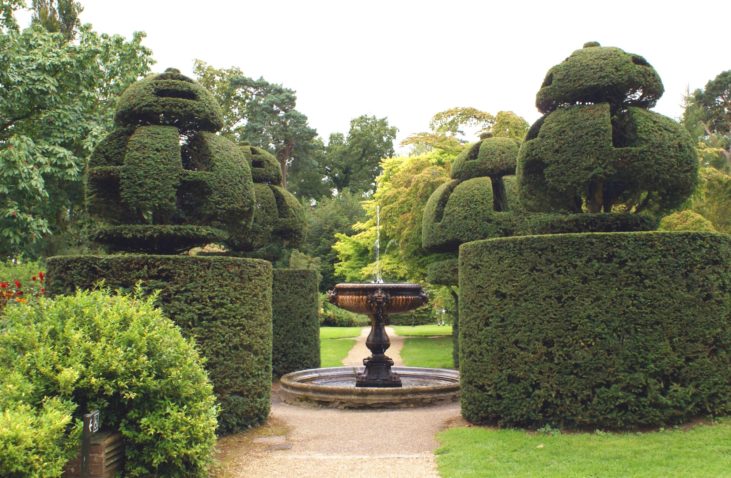 This an OCD dream. A complete garden and structures totally made from shrubs and sculpted bushes. Amazing! Just look at the skill that went into each line and shape while keeping it perfectly balanced. If you could learn to create a neat garden fence, then you could fill it with some sweet shrubbery like this. 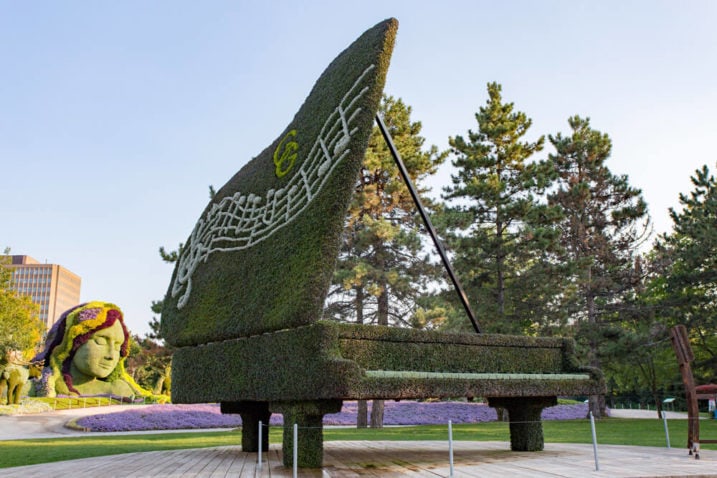 So, we’ve seen Disney characters, barnyard animals, and fish. Now it’s time for inanimate objects. Like this piano for example. Not only is it a perfect representation of an actual piano, but it’s not the usual green! 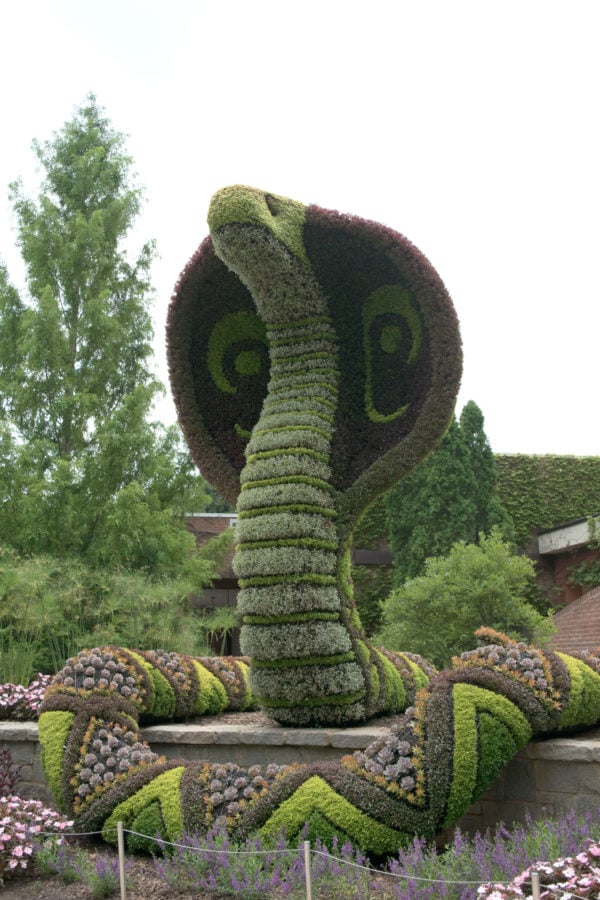 And now back to animals, but of the less cute nature. I mean, unless you love snakes (I do not). This bush sculpture is absolutely stunning, but if it were in my front yard I’d never leave my house. 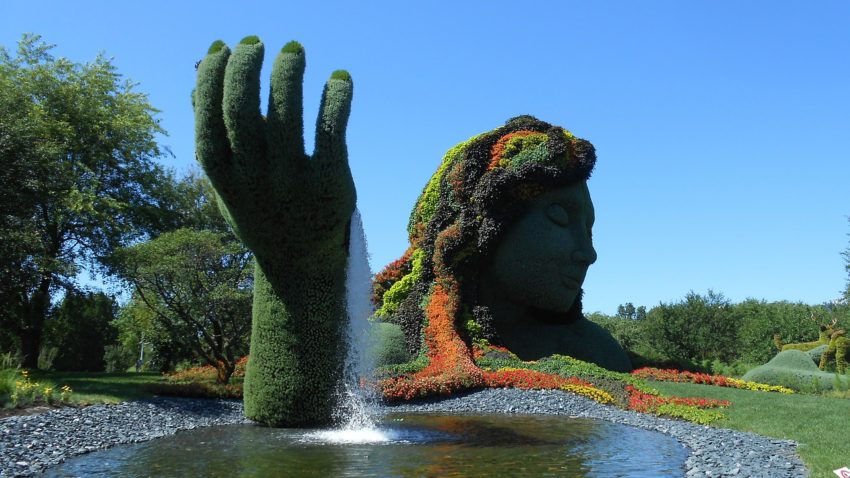 A World of Shrubs

If you’ve got a ton of shrubbery on your property and have no idea what to do with them, here’s a great idea to try. It looks like somebody got bored and turned all their trees into swirls.

A Maze of Wonder 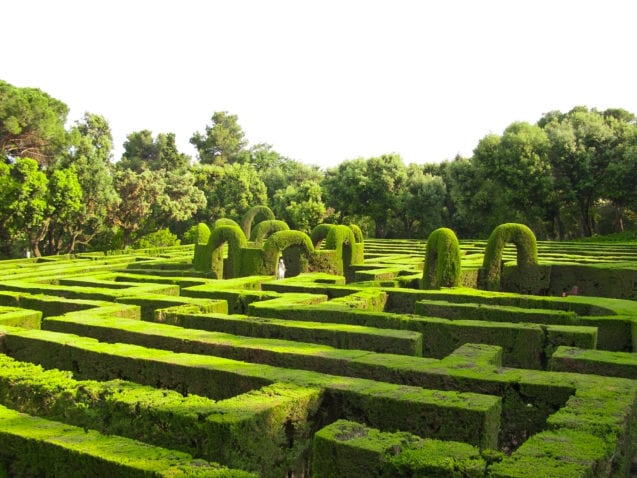 I have always wanted to visit a real life maze. And not the silly corn maze you see during the Fall. I mean, like, a really complicated and intricate maze like this one. And just look at the detail! And when you’re done with one, just move onto the next. There’s plenty!

If you liked this unique list of awesome bush and shrub sculptures be sure to share with your friends! And comment below to let us know which one was your favorite!

Scroll back to top
4076shares