The 10 Most Beautiful Perennials That Bloom All Summer - Backyard Boss Skip to content
We are reader supported. External links may earn us a commission. 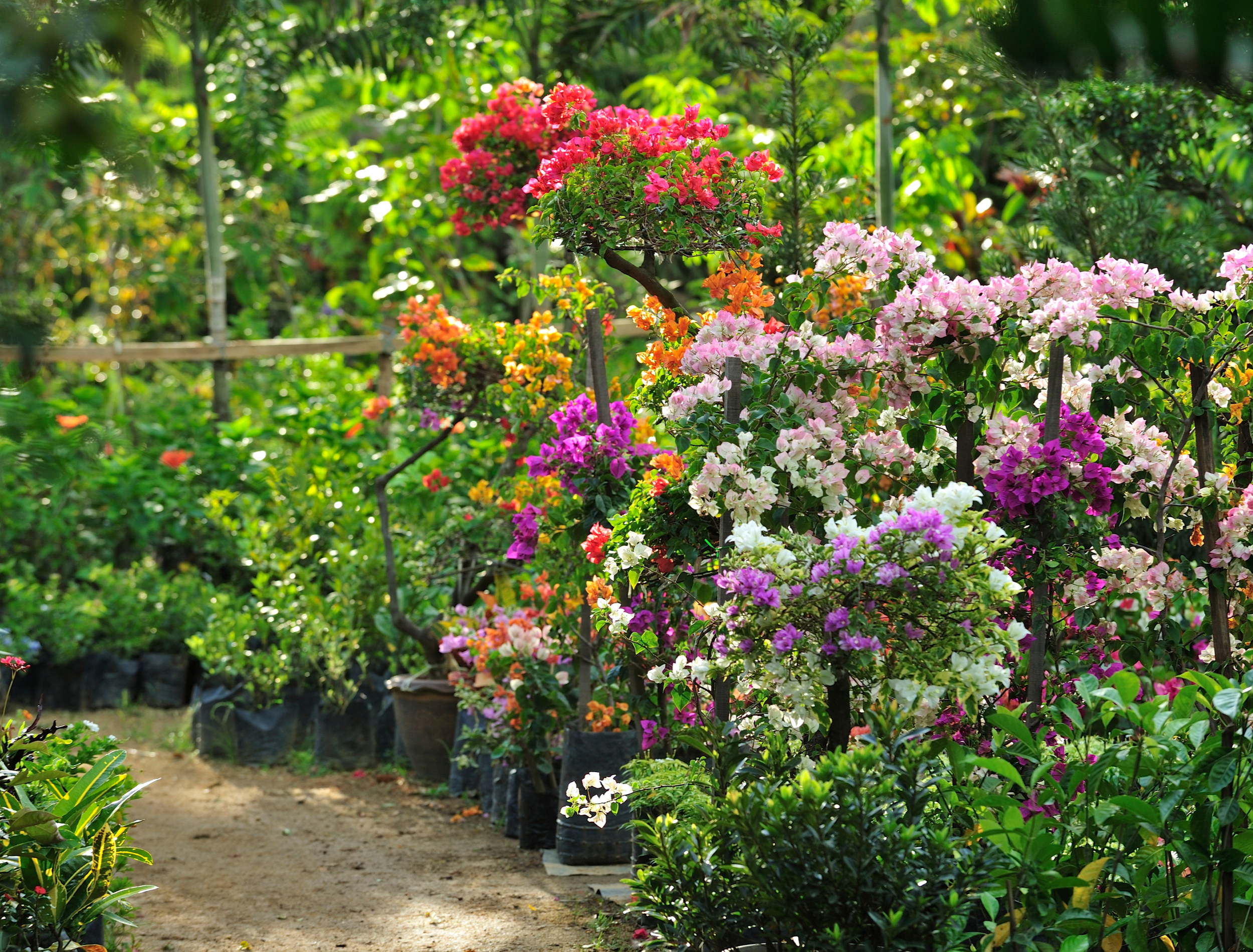 Every year, summer perennials flood gardens with breathtaking blossoms and striking foliage while attracting bees, butterflies, and birds. Short, midsized, or tall, they provide a wide range of choices for borders, hedges, hanging pots, and standalone star attractions. To ensure their brilliant blooms last all summer, you can choose specific cultivars, or indulge in a little deadheading after the first bloom.

Also known as Campanula, which means “little bell” in Latin, these stout plants grow just eight to 10 inches. However, they will delight you with a bounty of blue and white bell-shaped flowers in June and July and keep blossoming all summer right up to October.

They grow well in USDA zones four and up in sunny or partially shady spots. Zone four is a variety of areas across the country that experience dry climates and drastic temperature changes in short periods of time.

However, they do not enjoy high heat or very humid conditions. Deadhead spent blooms for more flowers throughout summer. If they need a little rejuvenation for the following year, cut them down to the ground in late winter or early spring.

The name just says it all. This bigleaf hydrangea has been specifically bred to last all summer long year after year. It’s also considered unique because it is the first hydrangea that will flower on the new season’s branches as well as those from the previous year.

Other characteristics you will adore include its dense, neat shape, bold blossom colors and compact size, making it ideal for pots or planters. Keep it happy in moist, well-drained soil in a spot with lots of sun.

Add a touch of whimsy along walkways or in bouquets with Whirling Butterflies (Gaura lindheimeri). Their thin stems host delicate, star-shaped flowers. The petals are white with a tinge of pink that open out of equally striking ruby-red buds. Keep an eye on these plants because they attract butterflies and hummingbirds.

This summer perennial flowers from early summer until frost, but you will need to do some deadheading to promote new blooms. They do best in sandy, loamy soil and they’re tough enough to withstand heat or drought conditions. But don’t worry about finding a sunny spot for these because they don’t mind partial shade either.

Native to North America, blanket flowers (Gaillardia) are hardy in zones three to 10 and bloom from late May to the first frost. They might have a short lifespan — about two to three years — but during that time they stun onlookers with a profuse amount of vibrant daisy-like flowers in juicy orange, wine red, peach, and yellow.

When purchasing, look for Gaillardia aristata or Gaillardia x Grandiflora, which are the perennials, not the annual variety. They reach about one foot tall and two feet wide. Slightly acidic, moist, well-draining soil and full sun are best for blanket flowers.

With astilbes, you won’t have to sacrifice color just because you have a shady garden. They flourish in partial or full shade, creating a dazzling display of flowers in red, orange, pink, violet, and white. The trick to prolonging their bright colors all season is to plant these summer perennials with different blooming periods.

Early-blooming astilbes begin to display their tall, feather-like flowers around early summer while late bloomers start flowering in July or August and last until fall. Grow them in well-drained soil and occasionally treat them to a high-phosphorus fertilizer.

Another shade-lover, Yellow Corydalis (Corydalis lutea) gets their name from the Greek korydalis, meaning crested lark, which its bright-yellow flowers resemble. It lives for only about three to four years, but it is an avid self-seeder. Just remember, the offspring might look quite like the parent plant.

While it can grow to about 18 to 24 inches high, it typically falls short of that potential. Home gardeners love it for borders, walkways, and rock gardens. It will tolerate most soil types but is more at home in rich soil with lots of humus.

Also known as False Sunflower, heliopsis is from the same Asteraceae family as its better-known counterpart. While it is shorter, at about three to five feet, its cheerful, golden-yellow flowers make a big impact against its dark-green foliage.

And unlike sunflowers, its ray flowers (the larger outer petals) that bloom in midsummer will last until fall. It grows heartily in a very sunny spot or partial shade in a wide range of soils. Make sure to deadhead if you want more flowers throughout the season.

This herbaceous perennial, which is also called garden phlox, prefers the more moderate temperatures of the north to the hot humidity in the deep South. Its perfumed flowers in red, pink, purple, and white bloom from July to September, and attract birds and butterflies.

Garden phlox grows about two to four feet tall and three feet wide. The lovely perennials are a popular choice for borders. They like a bit of space, so plant them about 18 inches apart in locations with good circulation (not near walls or fences).

When you’re not sure what to do with soggy areas in your garden, think of the Cardinal Flower (Lobelia cardinalis). It blooms showy racemes, or clusters of flowers, that are similar in color to the red robes worn by Catholic cardinals, hence its name. Its leaves are also visually appealing, with sharp edges and an earthy dark green.

Cardinal flowers usually grows in moist areas like streams and swamps, so let that be a hint not to allow its soil to dry out. It does well in full sun or partial shade and appreciates mulching when necessary. Prepare to be dazzled by its red flowers between July and September.

Bring a touch of the tropics into your garden with the Garden Canna (Canna x generalis). This summer perennial can soar to six feet high and is beautifully dressed in large tropical-like foliage and large flowers. These towering flowers come in a rainbow of colors including coral, yellow, salmon, red, orange, and a mix. Because it loves moisture, it’s a natural fit near ponds and other wet areas in your garden.

To be at its best, garden canna needs full sun or light shade and well-drained soil that is slightly acidic and rich in organic matter. Remove spent flowers to enjoy more blooms throughout the summer. If your area gets very cold winters, dig up its rhizomes and store them to replant after the last frost.

So Many Choices with Summer Perennials!

With just these 10 darlings of summer, you have a wide range to choose from for every spot of your garden, even the wettest ones. They are a feast for the eyes and the nose  — and a literal feast for wildlife. Best of all, you can plant a variety of them together for maximum effect.

The Best Electric Flyswatters Available in 2020: Reviews and Tips

Do Motion Sensor Lights Save on Energy?

Scroll back to top
2386shares