6 Best Traditional Christmas Plants - Backyard Boss Skip to content
We are reader supported. External links may earn us a commission. 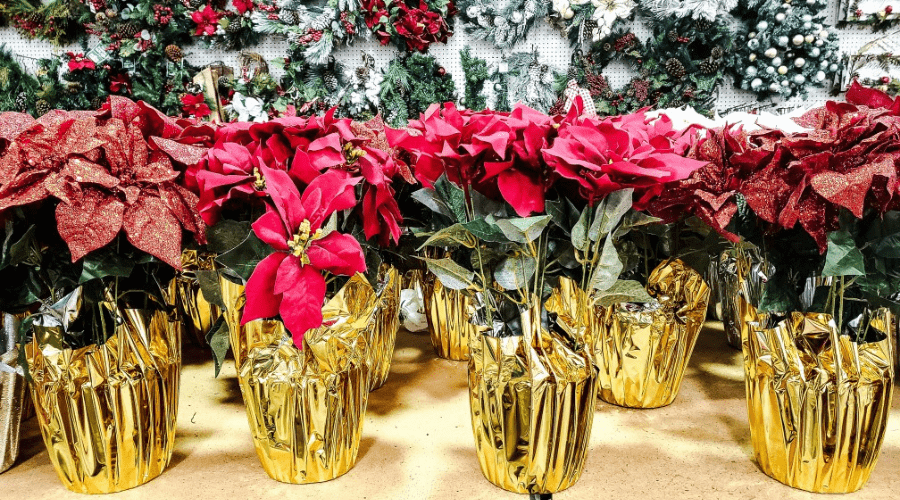 Few things are as magical as the winter holidays. For the longest time, we’ve associated winter with that time of the year when nature goes silent and dormant, when it’s time to give up colorful summer clothes and pull out the winter sweaters. But nature is surprising throughout the entire year, offering us some Christmas plants that would make even the Grinch stop and admire them. These are the most common traditional Christmas plants, commonly offered as gifts, and we have info about how to grow and care for them.

When thinking about Christmas, we don’t usually associate it with blooming flowers because most of the plants we know and love enter their dormancy cycle as soon as temperatures start to drop. However, winter doesn’t leave us completely empty-handed in terms of plants and flowers, and there are some traditional varieties that bloom even during this season. While there isn’t such a wide variety of plants and flowers to enjoy during the winter, we wanted to show you the choices you have when it comes to traditional Christmas plants, and hopefully we’ll inspire this year’s gift list, as well as your indoor holiday decoration list. 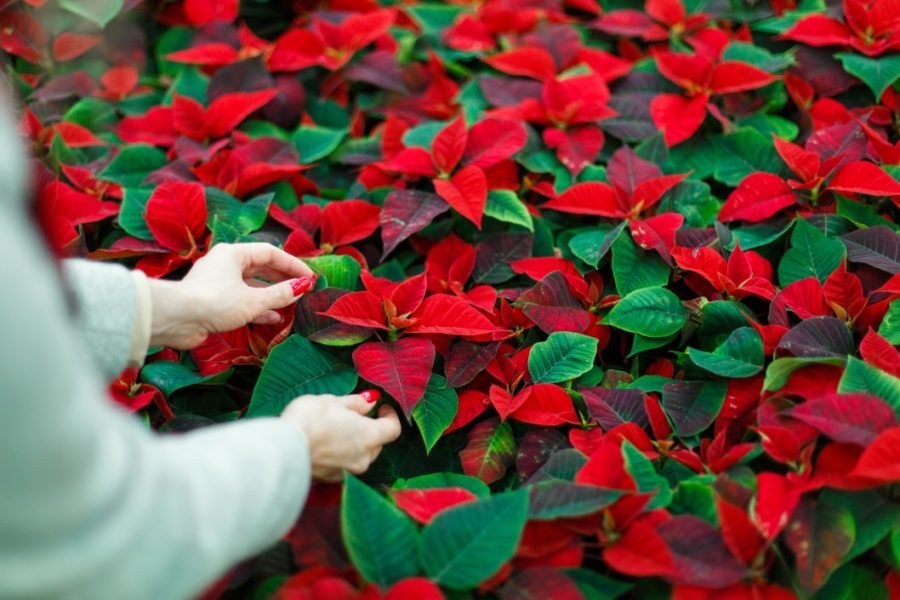 Poinsettia is probably the most well-known Christmas plant in the entire world. It is a flower that blooms in December and January and it’s one of the plants that most gifted on Christmas occasions. Specialized breeders have been working for the past one and a half century to create more than 150 different Poinsettia varieties. Red if often the tradition color associated with this winter plant, but there are varieties which are pink, white, and even orange.

If you have a friend or family member with a green thumb and you’re wondering which plants to give as Christmas plants, Poinsettias are the way to go. During the holiday, you will find them available even in supermarkets, although some people recommended avoiding purchasing flowers that have been sitting next to a door that’s permanently opening and closing. The flower is quite sensitive to cold draughts.

To make sure the Poinsettia you’re looking to buy is healthy, check for intact bracts. Also look at the soil of the plant before buying it, as it should be not too moist, but not too dry either. Make sure that the plant is protected from wind at all times. If you have to carry it outside before it reaches its destination, wrap some paper around it to protect it. 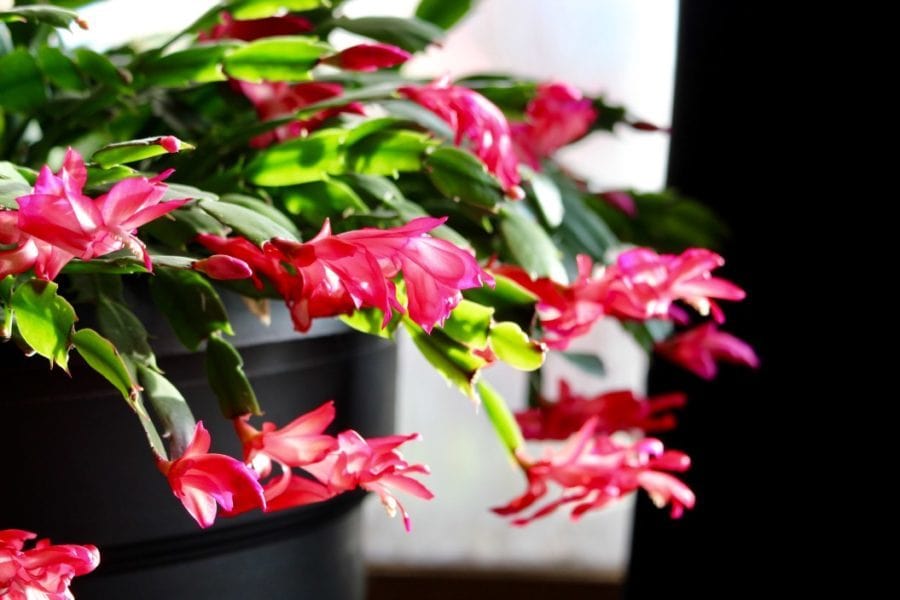 Another traditional Christmas plant is this cactus variety, which also known as the Thanksgiving cactus because this is when it blooms most often. The beautiful flowers of a Christmas cactus are often considered some of the most natural holiday ornaments. Growing and caring for this plant indoors isn’t all that complicated either.

It is a plant that can survive even in low light conditions, even though bright light might cause it to bloom faster. It should never stay in direct sunlight or its leaves will burn. It likes plenty of water and is a really big fan of moist environments. It is a plant that likes temperatures between 60 and 70 degrees Fahrenheit, but doesn’t appreciate drafty areas at all.

Once the cactus has finished flowering for the season, you will have to prepare it for its dormancy cycle. This means that you can reduce the moisture, temperature, and light exposure of this plant. When in its dormant cycle, the plant should benefit from around 12 to 14 hours of darkness every day. 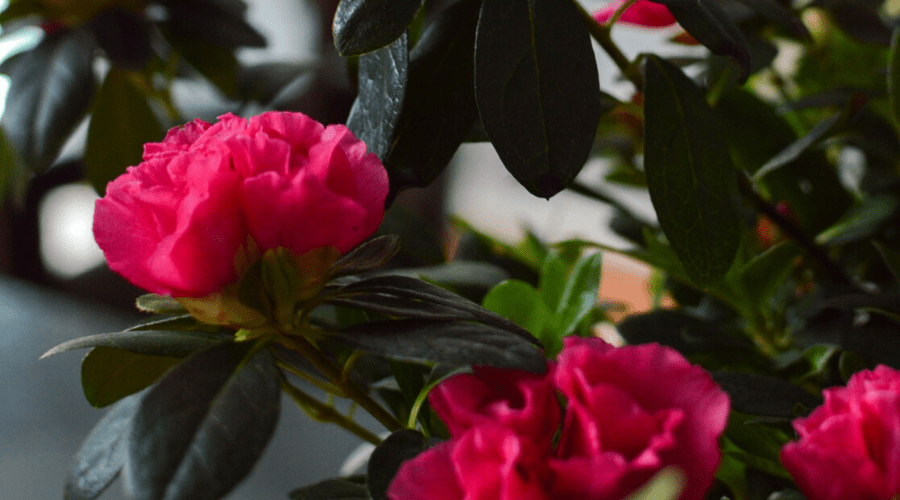 Azalea flowers make wonderful Christmas houseplants and they are beautiful and rich when blooming. It is often part of the Christmas table, as it blooms during the winter and can maintain its beautiful flowers for an entire month if properly cared for. Azaleas are a sign of kindness and love, and can also make great Christmas gifts for friends and family.

They love staying in cool areas, provided there is enough humidity for them to thrive. Always make sure that you place your azaleas away from heat sources. They require the soil to be moist at all times, so make sure you water them about two or three times each week. 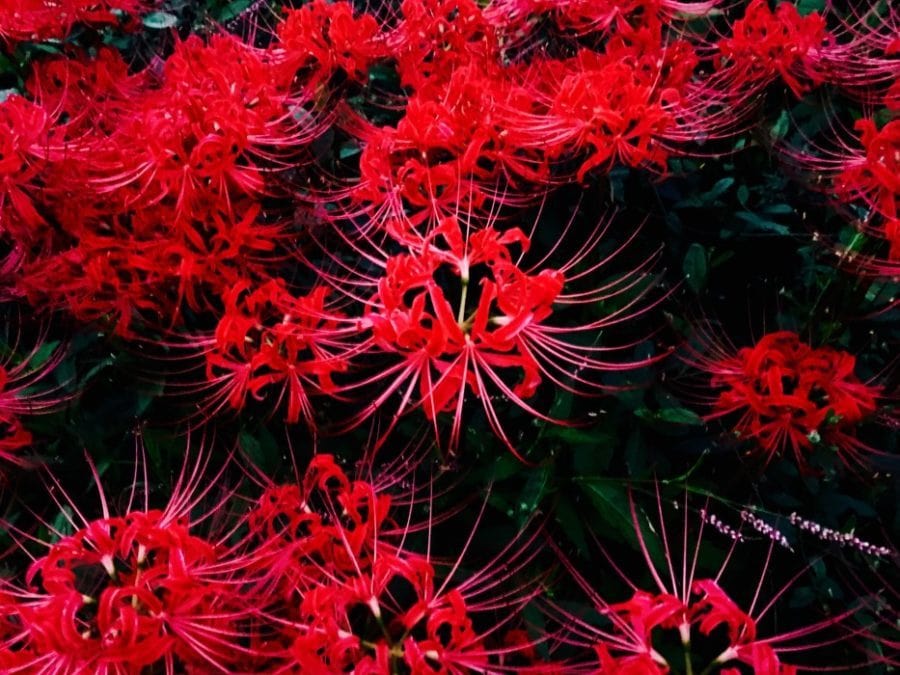 The Amaryllis plant is often used as a centerpiece for Christmas tables, as it stands out due to its trumpet-like colors and delicate colors. While the plant is available in a lot of different colors, red is the most common color that people like to gift during the winter holidays. However, you can also find this plant is colors such as orange or pink, with different petal patterns, including striped or solid.

We have labeled the Amaryllis as an outdoor plant because part of its growth process does require leaving it outdoors. It is not an easy plant to grow, so don’t be fooled by the fact that during its first winter, you won’t have to do much to look after it. When the plant’s flowers are gone is when the true struggle begins, as you have to guide it through its replenishing stage.

The plant needs to be moved outside with very little sunlight exposure at first and gradually increase the amount of time you leave it in the sunlight day by day. By early fall, the plant should already be accustomed to being outdoors. When the plant has been outside for two to three months, that’s when you can move it back indoors again. The plant will bloom once again when temperatures are lower than 55 degrees Fahrenheit. 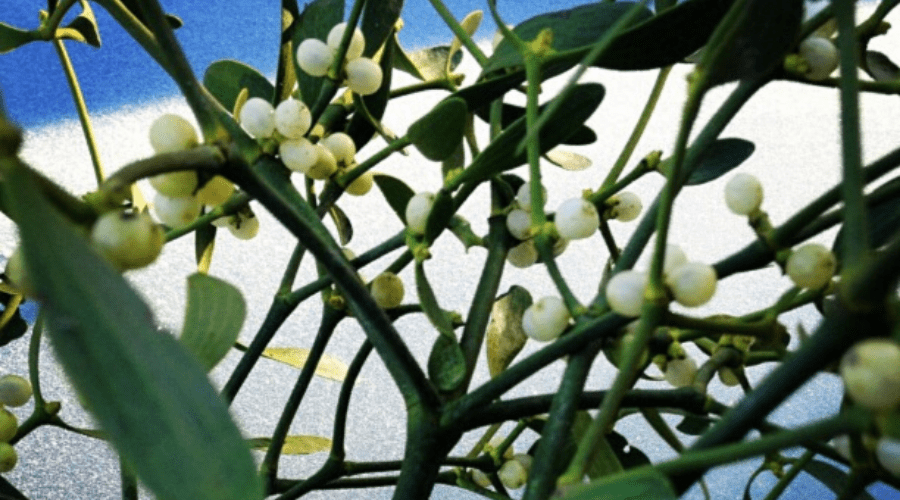 Mistletoe is a plant that’s often associated with holiday love, as plenty of people have “stolen” sweet kisses under the excuse of being under the mistletoe. Even if this is a plant frowned upon by the Christian Church, which doesn’t condone the practices that come along with the tradition, it is still very common in households across the world. But despite knowing what to do when under the mistletoe, few people know how to actually grow this plant.

For instance, how many of you know that the mistletoe is a parasitic plant that thrives off other trees? It is often found attached to trees such as conifers, lime, or apple. The little berries that you see on the plant are where the seeds are located. While they naturally grow outdoors, you can grow the plant inside provided that you have a host plant to offer as support for the mistletoe to grow upon.

One of the greatest things about this plant is its high resistance. There are rarely any insects or diseases that could damage the plant. They grow really slow (can take up to four years for the plant to take off) but it is really low-maintenance (all it really needs is air and being attached to its host plant). 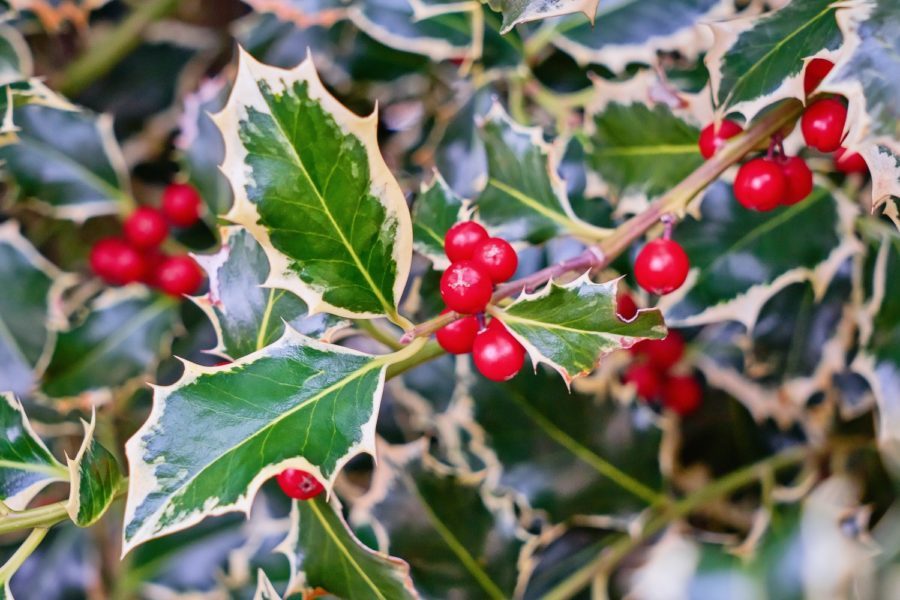 The thing about holly plants is that they are not available live during the Christmas holidays, but they are still one of the most popular decorations that make everyone think of winter when seen. They have green pointed leaves and red berries, creating a magnificent contrast that’s associated with the magic of Christmas. Holly plants are often used to make Christmas table centerpiece and all sorts of decorations, thus making them popular as winter gifts.

Holly bushes can create a magical winter décor. They are typically planted during spring or fall because they can easily accommodate in season with heavy rainfall. If you’re growing holly for the beautiful bright red berries, you should know that only female holly plants produce berries.

Once the plant is established, caring for it is pretty easy. Every holly bush needs around two inches of water every week. Placing mulch at the base of the plant is helpful for water retention purposes. You can also prune the plant to make sure it maintains a beautiful outline and doesn’t get all leggy.

Which Plants to Give as Christmas Plants 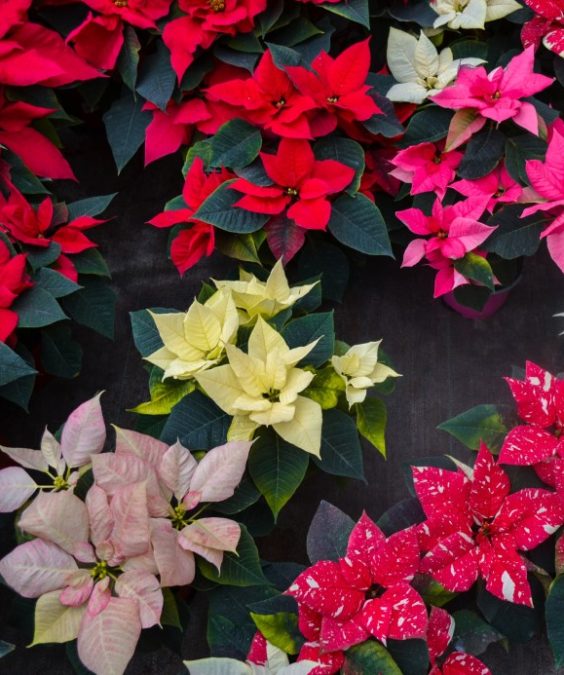 Technically, all of the aforementioned plants would make suitable gift because there is a symbolism and a deep meaning behind all of them.

Holly plants are a symbol of good luck. They were used by ancient Greeks and Romans to decorate their halls. The bushes of the plant are always green and were even believed to be sacred.

Mistletoe is a symbol of romance, and most of you already know about the stealing kisses tradition revolving around it. Mistletoe dates back to Norse mythology but today it stands for protection for evil spirit and spreading love and kindness.

The Christmas cactus has many back stories, but one of the most popular ones talks about a Brazilian boy that was lost in the jungle and prayed for a sign of Christmas. When Christmas morning finally arrived, he saw the beautiful flowers of a Christmas plant, which now stands as a symbol of answered prayers.

Even through the selection of plants that we have at our disposal during the cold season isn’t all that impressive, the few varieties that can delight us even when it’s cold outside are nothing short of impressive. From holly plants (a symbol of good luck) to mistletoe (a symbol or romance), gifting traditional Christmas plants is a gesture that’s filled with meaning and good tidings.

27shares
Scroll back to top
27shares