When is the Best Time to Shovel Snow? - Backyard Boss Skip to content
We are reader supported. External links may earn us a commission. 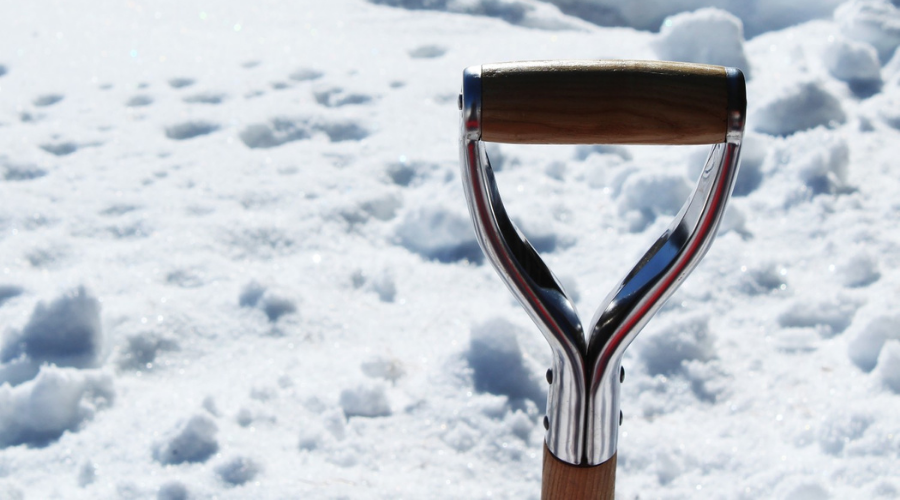 Although snow shoveling may not be enjoyable, it is inevitable. If you live in a cold climate, you’re likely to experience several large snowfalls in one winter. And while you can’t get out of shoveling, there is a way to shovel in a way that limits your workload. By knowing when to shovel, you can be more efficient and spend less time in the snow. So, when is the best time to shovel snow? Find out when you should start shoveling to minimize the work you need to do.

When is the Best Time to Shovel Snow?

Let’s get down to it. When’s the best time to start shoveling? It might seem like a simple question, but there’s a little more to it than a one-sentence answer.

When it comes to shoveling, you have two options. You could wait several days after a storm has passed and remove layers and layers of snow. Or, you could shovel the snow during or in between storms and focus on removing a few inches of snow each time.

There are advantages and disadvantages to each option. If you choose to shovel at the end of the storm, you will have a significant amount of snow to deal with. If you have a major storm, there could be several feet of snow to remove. It could take hours to shovel the snow, and it’s back-breaking work.

Should You Shovel Snow While it is Still Snowing?

To save energy, you could opt to shovel while there are breaks in the snowfall. This is the more time and energy-efficient way to remove snow. Instead of doing all the work at the end of the snowfall, you need only remove a few inches of snow at a time. You have less exposure to the cold, and your muscles get a break from the heavy lifting.

Others choose to shovel while it’s snowing, but this is dangerous. Shoveling snow during a storm can result in physical harm. Every year, there are over 10,000 snow shoveling accidents that result in ER visits in the U.S. Being out in a storm increases your likelihood of experiencing an injury. You could slip on ice, develop a back injury, or be hit by the shovel. By far, the biggest threat is a slip and fall. Wind, snow, and low temperatures make shoveling likely to result in a slip and fall accident during a snowstorm.

How to Make Shoveling While It Snows Safer

If you want to increase your safety, there are a few precautions you can take. For one, you need to use the proper tools. Before the winter arrives, get the best snow shovel for your needs. Doing so not only reduces the risk of injury but also increases your efficiency.

You can also limit injury by not packing the snow before you get started. Avoid walking or driving on the snow, as packed snow is difficult to remove. If the snow seems to be sticking to your shovel, use silicone or cooking spray to make the snow slide off your shovel.

If you don’t want to slip on an icy surface, you should salt or sand your driveway before and after a storm. Although salting doesn’t eliminate ice, it does limit it. When you go out to shovel, you’re less likely to slip.

No matter what, you should only shovel if the snow is light and there’s limited wind. There’s no way to be safe in harsh winter conditions.

What Time of Day Should You Shovel?

If you choose to wait for it to stop snowing, you may be tempted to shovel whenever you have free time. However, there is a better time of day to shovel.

Shoveling isn’t something you should do on a whim. To sum it up, the best time of day to shovel is in the morning in between or after snow.

Why This Is the Best Time

When it comes to shoveling snow, you have more than efficiency to consider. You also have the safety factor. No one should put their life or health on the line for snow. For this reason, deciding when is the best time to shovel snow isn’t always straightforward.

By shoveling in between snowfalls or after a storm, you reduce the risk. You also prevent the snow from accumulating to great heights, which means you have less work to do. You’re also less likely to experience an injury from overexertion.

The best time to shovel snow is when you can do so safely. Shoveling during a storm is hazardous and not recommended, but the same is true of letting snow accumulate into a mountain. You also need to factor in your physical state. If you feel exhausted or in pain, you shouldn’t shovel. Instead, wait until you have energy and feel good enough to do the work.

When is your favorite time to shovel? Comment below and let us know.