5 Cactus Plants To Grow In Your Garden - Backyard Boss Skip to content
We are reader supported. External links may earn us a commission. 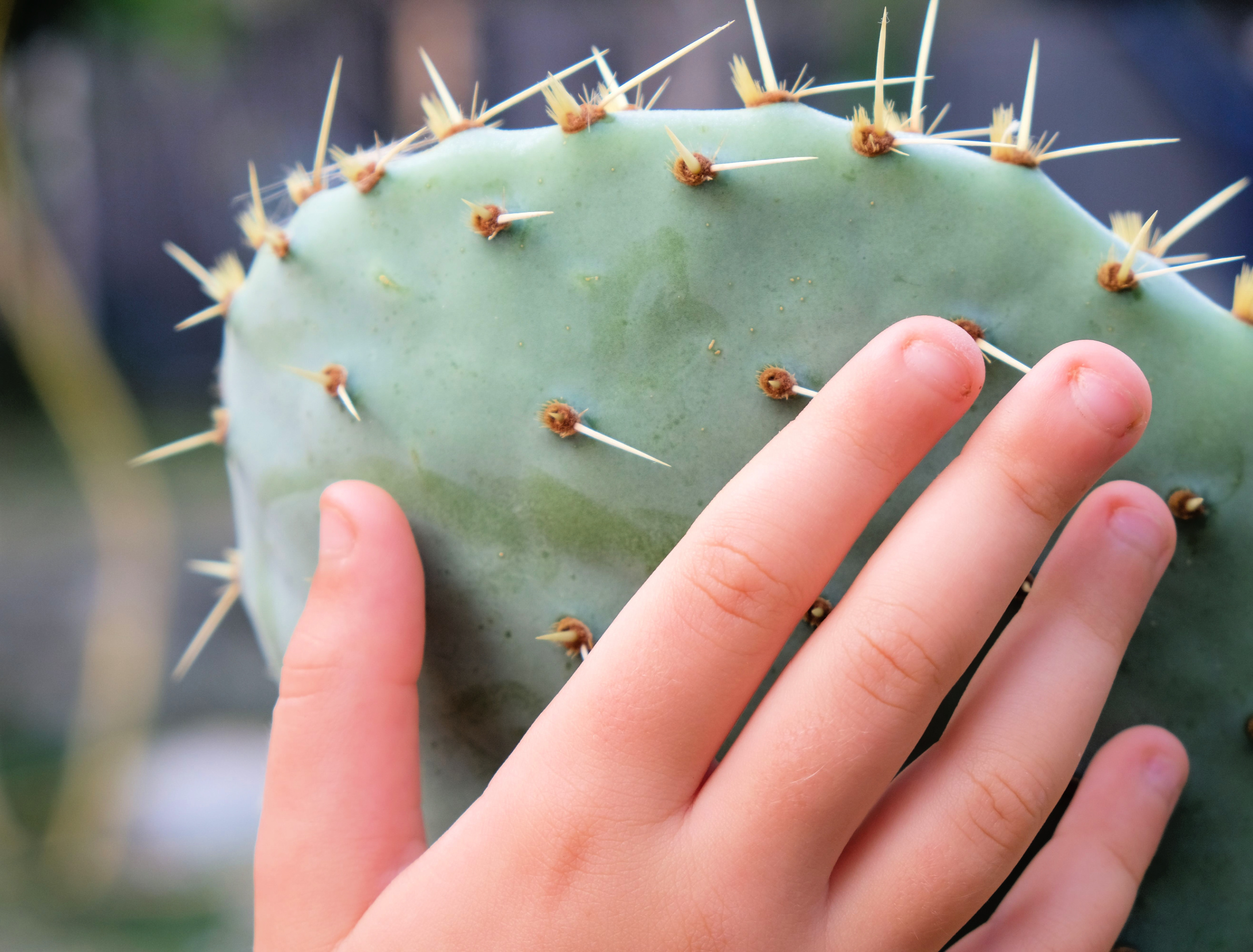 Cacti are prickly, but they are incredible plants to have in the garden. They are an easy-to-grow and exciting choice despite their appearance, many yield beautiful flowers, and some even yield fruits. They’re an excellent choice for landscaping and even ensure your garden’s safety from unwanted visitors like raccoons. Whether you’re a novice or an expert, cacti do not disappoint.

Cacti come in various sizes and shapes, ranging from tall to tiny. All cacti are succulents, an adaptation from growing in inhospitable climates like deserts (though not all cacti are native to deserts; some even live in jungles). This is also why cacti do not have leaves; instead, many have spines that act as a defense against animals that would try to eat them and help prevent water loss. Without further ado, here are five types of cactus perfect for planting in the garden!

Things to Consider Before Choosing a Cactus

Even though the cactus is an easy plant to care for, there are certain things you will need before you can invite these stalwart protectors home.

The prickly pear cactus is a part of the Opuntia genus, which also contains other species of the prickly pear. The plant is easily identifiable by the broad and flattened structure of the leaf pads, which may or may not have thorns.

The prickly pear grows in well-drained sandy or gravelly soils and won’t fall to either rabbits or deer. It’s also cold-tolerant.

Outdoors, the prickly pear can grow to a height of 16 feet and yields bright yellow flowers. Blooming months are through June and July, and the plant bears edible fruit. Most parts of the plant are edible but take care while harvesting as the thorns may injure you.

Fun Fact: The prickly pear is also the state cactus of Texas!

The golden barrel cactus is a round and cute-looking cactus that grows individually or in clusters. This native of Mexico is endangered as a consequence of industrialization. This adorable and resilient plant has still survived to become popular in many botanical conservatories and gardens alike.

Nicknamed mother-in-law’s cushion, the plant can grow up to 24 inches in height and up to a width of 30 inches. A slow-growing plant, the golden barrel thrives in well-draining sandy or gravelly soils and direct sunlight.

The globe-shaped plant has thorny spines up to an inch in length, which impart its golden color. The blooming season is generally in summer when tiny yellow flowers bloom on the flat crown of the plant.

The saguaro is famous for being the tallest cacti in the world. It is a slow-growing cactus and can take many years to achieve maturity and live for a very long time, almost 200 years. So if you get a saguaro, you’re in it for the long haul! Interesting enough, it happens to be the only cactus in its genus reaching a maximum height anywhere between 40 to 60 feet.

The saguaro is a bit tricky to grow, being one of the few cold-intolerant cacti. It requires sandy or gravelly, well-draining soil and needs direct sun. It does well in dry climates.

The saguaro blooms during late spring through early summer and has white flowers which sprout on the crown. These flowers turn into red fruits in summer and they’re edible!

The silver torch is a slim but tall cactus that gets its name from the tiny spikes that line it giving it a silvery look. A single column can grow up to almost 10 feet in height but has a width of only 1 or 2 inches. The cactus is a native of the mountains of Bolivia and Argentina.

The silver torch cactus needs well-draining sandy soil with a bit of loam or in a standard cactus potting mix and grows in clusters. The spread of the clusters might be up to 6 feet. This cactus is quite cold-tolerant and requires direct sunlight.

The plant is unique in that it has reddish-pink flowers that bloom horizontally!

The Christmas cactus is a good choice if you’re looking for a cactus but don’t want the thorns that go with it. It’s a long-lived jungle cactus with beautiful flowers in various colors and is easy to maintain.

Plant the Christmas cactus in a well-draining mix of one part sterile potting soil, two parts peat moss, and one part sharp/builder’s sand or perlite. Don’t plant it in the ground; use a pot instead, as it does better when it is slightly root bound.

The plant is frost intolerant and cannot sit in direct sun so place it in an area with shade. Water consistently, but keep the soil moist and let it dry out completely between waterings.

Cacti are a fantastic way to add some diversity to your landscape. They are fun and hardy plants that also add personality to your garden. They are notoriously hard to ruin, making them a fun way to test your gardening skills.

Do you have any other ideas or recommendations? Leave them in the comments below! Remember to subscribe and share!

Outdoor Decorating Ideas on a Budget