How To Care For Your Succulents During Winter - Backyard Boss Skip to content
We are reader supported. External links may earn us a commission. 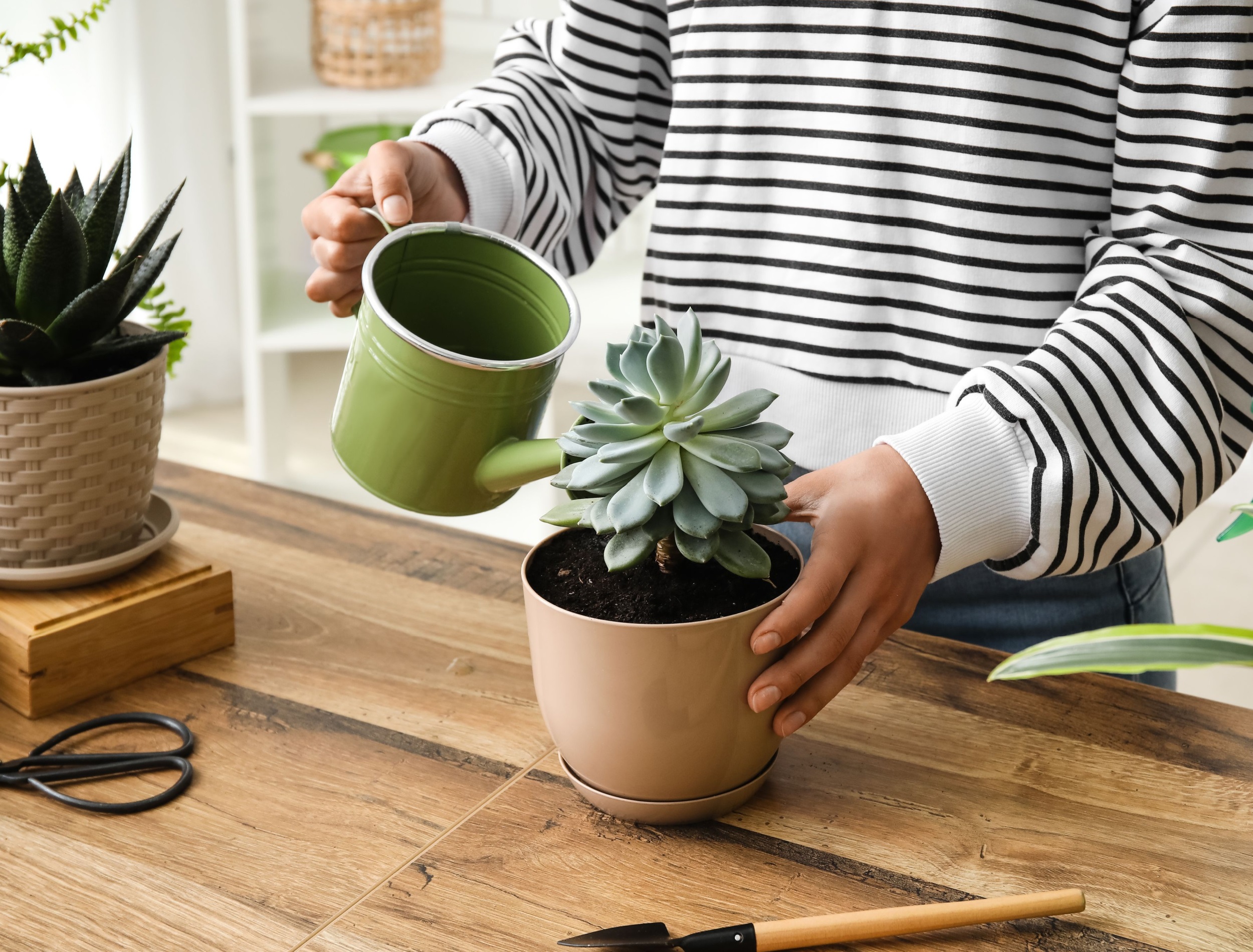 Succulents have become increasingly popular as understated home decor since they are incredibly low-maintenance. They can store water in their leaves, stems, and roots, giving them a fleshy appearance. However, they still require the occasional upkeep, which can change from season to season.

The following guide is all about taking care of your succulents during winter when sunlight may not be ample, and home heating can create a dry atmosphere.

When to Water Succulents

Between October and February, many succulents are dormant during winter and not in an active growth phase. Thus, they prefer an extended period of dryness. Typically, you should not water more than once or twice per month.

Make sure the potting mix is completely dry before watering again. You can check the soil using your fingers to judge the amount of moisture present before every watering session.

Water is one of the primary sources of nutrition for many plants, including succulents. However, too much water often leads to the decay and death of succulents since they have shallow roots that can rot if overwatered. Hence, you should take utmost care when watering these plant species.

To irrigate your succulents, generously water them until the soil is soaked and allow the excess water to drain out from the bottom. Take care not to apply water on the leaves, as the droplets left too long on the leaves can cause rot, especially in indoor plants. For more precision, you can use a small watering can with a thin spout or a watering squeeze bottle.

Sunlight is often scarce during the winter months. Therefore, you need to make the most of whatever light you receive in your home during the cold season. Ideally, your succulents should receive at least six hours of sunlight daily, so keep your potted plants near the window to soak in the sunshine.

However, if kept too close to the window glass, especially if you get generous amounts of sunlight, it could do harm. Overexposure can scorch the leaves, turning them red, white, or brown.

If your plant does not get enough light, it can start stretching toward the sunlight and lose its characteristic compact form. It will start to grow tall, leaving plenty of space between the leaves. Echeverias, in particular, are more prone to stretching. Contrarily, some species of succulents, Echeverias and Haworthia, are happy even in less light.

If you do not get enough sunlight in your house, you can put most succulents under fluorescent light for supplemental lighting. You can also try your hand at grow lights.

Many succulents are inherently tolerant to widely-ranging temperatures since they are subjected to extreme highs and lows in their natural habitats. Hence, they can easily survive and often thrive between temperatures of 40 and 85 degrees Fahrenheit. Fortunately, most homes have an indoor temperature that lies within this range in winter.

However, many succulents require at least a 10-degree fluctuation in temperature from day to night. To achieve this fluctuation, you can leave your plants in areas of your home that are warm during the day and colder during the night. Typically, any location near the light-receiving window works well.

What Potting Soil to Use

When it starts to get chillier outside, it is best to move many of the succulents indoors so they can survive the season. The soil you use while repotting your succulent plays a pivotal role in its overall health.

However, the fundamental property of the potting soil for succulents is to be well-draining. The ideal potting mixture should have a similar appearance to the loose, fast-draining soil of its natural habitat. Otherwise, moisture trapped around the succulent roots can cause them to die suddenly.

Hence, the succulent soil should ideally be a mixture of potting soil, sand, and perlite, with a few small stones. Look for light, porous soil for better drainage instead of heavy soil that is too compact and retains water. Moreover, the loose sand and perlite will further aid in aeration and drainage.

Which Containers are Suitable

In addition to the soil, you should also pay special attention to the container you use for repotting your succulents. The main criterion for a succulent pot is that it should have holes at the bottom to allow the extra water to drain out.

As pretty as the arrangement looks, avoid grouping different succulents in one pot, as different varieties require varying amounts of moisture. Consequently, some plants can grow faster, dominating the group, while others may end up dying due to lack of moisture. Hardy and tender varieties will need different care.

Keep Your Succulents Nice And Cozy

Succulents are usually easy-going plants that do not require a lot of care. Simple tips and tricks allow these plants to keep gracing your homes for a long time. These care instructions include watering them sparingly, exposing them to plenty of sunlight, and keeping them in well-draining potting soil.

What measures do you take to care for your succulents at home? Leave a comment below!

65 Snow Sculpture Ideas You Can Do In Your Yard

The Best Tent Accessories Every Camper will Love

9 Mistakes You Should Never Make While Grilling