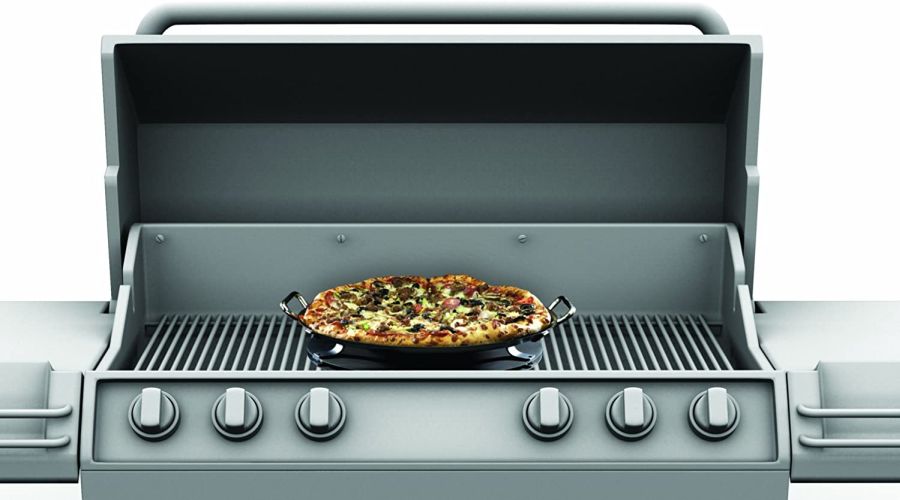 When you think about great grilled food, pizza probably doesn’t immediately come to mind. Before this review, I had only eaten grilled pizza a few times, and it was never something I had cooked myself.

But the pizza-grilling trend is on the rise, it seems, and the Eastman Outdoors BBQ ZaGrill’s Pizza Pan is specifically designed to evenly heat pizza so that it cooks perfectly on the grill every time.

Will it change the way we look at grilling, propelling pizza upward among the ranks of hamburgers, hot dogs, and marshmallows? Probably not, but it does cook a mean pizza pie. 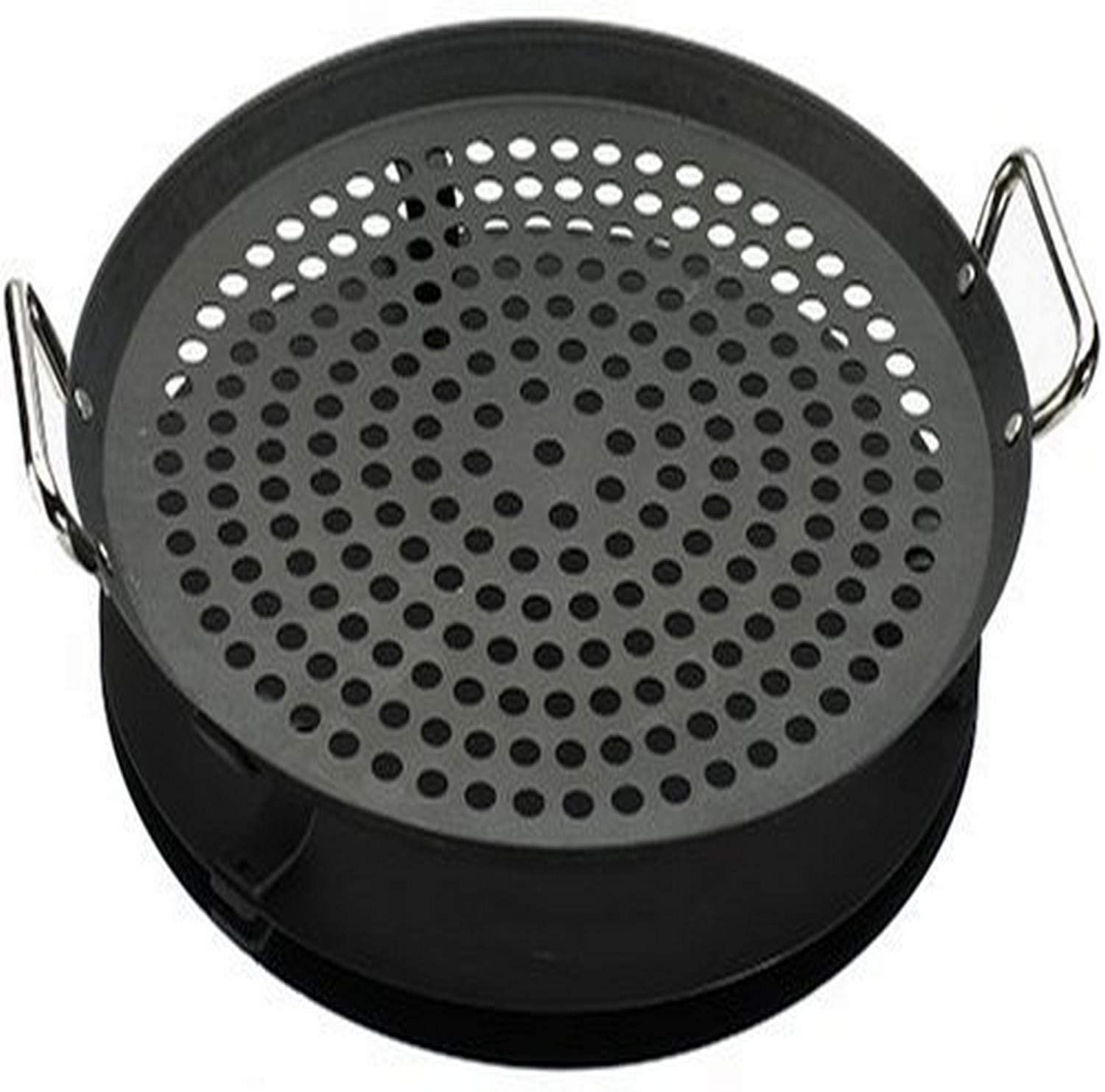 This pan transforms your BBQ grill into an outdoor convection oven. Just put it on the grill's grates and bake your pizza with the lid down.

For the most part, the ZaGrill 90414 looks a lot like other grilling pans you’ve seen. Instead of sitting directly on your grill, however, the pan is raised up to allow even heating without burning. Since uneven heat distribution is one of the main problems when cooking a good pizza, this feature is probably the main selling point of the ZaGrill. Other features of the pan include a non-stick coating for easy cleanup and side handles that can be used to carefully lift the cooked pizza off of the grill.

As someone who hasn’t really eaten a lot of grilled pizza, I was pleasantly surprised with how well my pizza turned out using the 90414 Pizza Pan. Classic pizzas are typically cooked in a brick oven, and this brick oven taste is pretty close to what you get by grilling your pizza. For an even smokier flavor, wood chips can be placed below the pan. And while I’m prone to burning pizzas when I cook them in my oven, the even heating of the pan really did help cook the pizza dough perfectly while still allowing the cheese to bubble and melt.

After going a little overboard with the cheese, there was a lot of melted-on mozzarella that needed cleaning off of the pan. And though adding a non-stick coating is somewhat standard now in the cooking industry, it’s always nice when it actually works. Cleaning off the hardened-on cheese was pretty quick and painless, though it can be a bit hard to clean in between the small grates of the pan.

There is one somewhat noticeable issue with the Eastman Outdoors 90414 BBQ ZaGrill’s Pizza Pan, though, and it is probably a deal-breaker for some.

Eastman Outdoors would have a near-perfect pan on its hands if it weren’t for one unfortunate issue, and if you’ve read other reviews, you probably already know what it is.

The non-stick coating that has been applied to the pan has a tendency to come off and stick to the bottom of the pizza. While this may be somewhat expected on a well-used and worn pan, the problem here is that this is happening on brand new pans. Not only does this immediately make your pan look damaged, but it can also lead to accidentally ingesting the coating when you eat your pizza.

This issue doesn’t seem to affect all pans, however, so it is possible that it is a defect that hit just a few batches of the product.

Overall, the 90414 BBQ ZaGrill’s Pizza Pan is a nice choice for anyone looking to get into the habit of grilling their pizzas. The issues with the non-stick coating are a bit disheartening, but if you can overlook this small flaw, you’ll be treated to extremely tasty grilled pizzas. It isn’t a perfect product by any means, but it does enough right that it definitely deserves a look.

To Brine or to Inject Your Turkey, What's Better for Grilling?

21 Amazing Potato Recipes To Fire Your Grill Up For

A Short History of the Dutch Oven

How to Cook Meat with Dry Rubs