The Fat Cap Debate: Up or Down? - Backyard Boss Skip to content
We are reader supported. External links may earn us a commission. 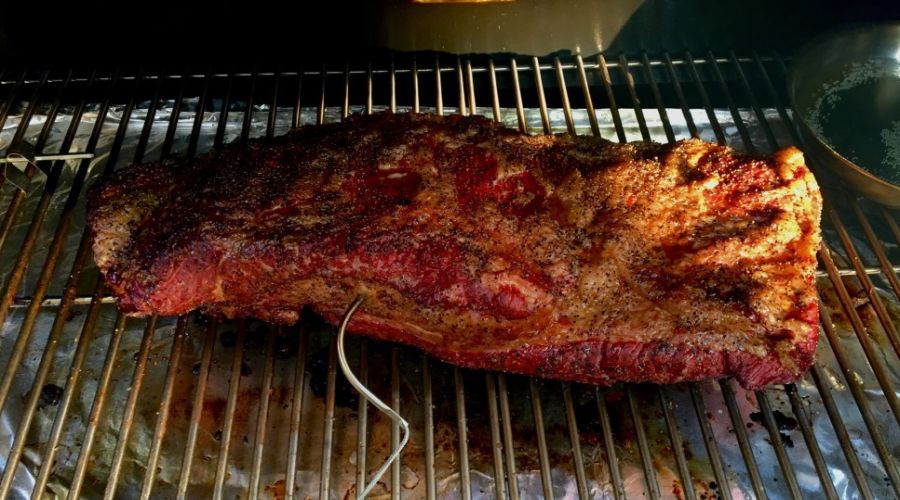 The fat cap of the brisket is the source of so much deliciousness. Conventional belief is that when smoking the brisket in the vertical smoker, it is placed on the grill with the fat cap up. It is believed that the fat will melt as it cooks, basting the meat and making the finished product more tender and tasty. However, many people say that it is actually best to put the fat cap down. In fact, many competitions are won by those who smoke their brisket this way, especially in the pellet smoker.

As the debate continues, there are some who say that the best way is to actually flip the meat every two to three hours, or even just split the time evenly between up and down. Since great brisket requires a good amount of time and money investment, competitors and home cooks alike are asking themselves; which way will yield the best brisket?

Those who root for fat cap up argue that it keeps the meat moist by basting it as it melts. This is the main idea and the belief that has been around for a long time. It does make sense that the melting fat will coat the brisket and keep moisture in. Many, however, are arguing that it is not possible for the fat to penetrate the piece of meat during cooking. At most, it will coat the outside, which will help keep it from drying out.

The main point of those who cook brisket fat side down is that it helps insulate and protect the meat from the intense heat source. This also keeps it from drying out and cooking unevenly. Smoking with the fat side down also keeps any rub or seasoning used from washing off, as it does if the fat cap is up.

Flipping the brisket seems to be the best of both worlds. The fat cap will have a chance to melt and baste the meat part of the cooking time without allowing the meat to dry out. Each side also gets a chance to rest and reabsorb moisture while away from the direct heat. However, this method is less than desirable to most. By flipping the meat, the moisture that is pooled at the top of the meat is lost.

It seems that for many, fat cap down is winning the debate. It makes sense. This is the best way to protect the brisket from heat, the main source of dryness. It will also keep the seasonings on the meat. You may also consider flipping the brisket once during the process. Start off with the fat cap up, giving it a chance to melt and coat the meat for a few hours. Then, turn the meat so the fat cap is down and leave it this way for the rest of the time. This method keeps the fat cap down and protecting the meat for the majority of the time.

An added benefit to cooking with the fat cap down is the ability to catch the fat drippings easily. You can use that fat for cooking or sauces, or you may even want to put a pot of baked beans under to catch the fat right away and add a wonderful flavor.

Keep in mind, the best answer in this circumstance is that it depends on you and your preferences. If you are smoking a brisket and the results are wonderful, why change it? If you feel there is room for improvement, try it the opposite way and see what happens. Have a little fun and do your own taste tests. Also, experiment using different smokers. Try the electric smoker if you want, why not? That’s part of what makes barbecuing so great.

The Best Cordless Leaf Blowers for Home Use

Snow and Ice Removal Hacks You Have to Try This Winter

How to Grow Basil Indoors from Seed: A Complete Guide

When You Should Start Winter Sowing