15 Free and Fun Backyard Game Ideas for Kids of Any Age - Backyard Boss Skip to content
We are reader supported. External links may earn us a commission. 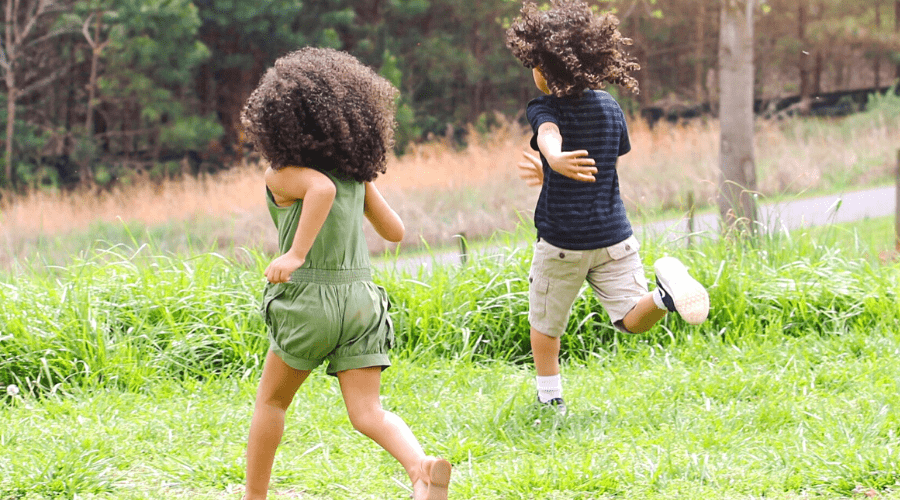 Spending time outdoors is imperative to maintaining our mental and physical health. But it’s also a challenge to get kids away from the TV, phone, or video games. We suggest the lure of fun activities. And yes, the promise of mom or dad joining in. Without further ado, let’s go over some fun outdoor games for kids. Most of these are completely free and don’t require supplies other than imagination.

Sadly, there’s is no actual bacon involved in this one… unless the parents of the winner decide to cook bacon the next day for breakfast!. Two teams are formed and each player on the team is given a number. The teams face each other with an object on the ground right between them (can be a ball, a shoe, a stick, or whatever is easy to pick up and run around with). When a number is called out loud, like the number 3, both players who have been given the number 3 have to run for that object and bring it back to their team. Each successful retrieval is a point. 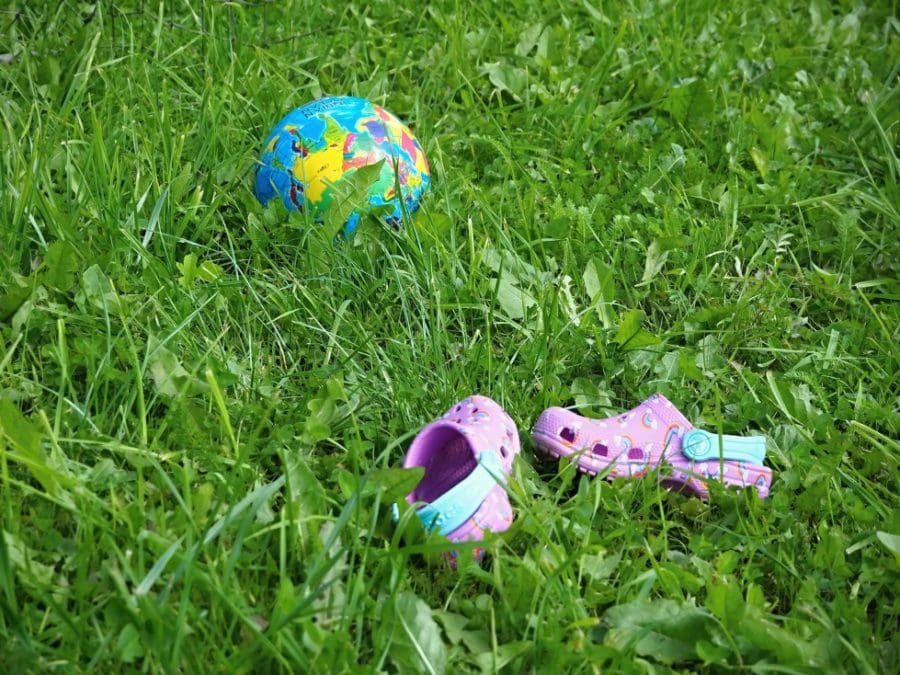 If you’re here looking for a game to keep kids quiet, Silent Ball is what you need. The goal of the game is to have children group in a circle and toss a ball around without making any sounds and without having the ball touch the floor. Whenever someone drops the balls (or makes a sound!), they’re out. The last person standing wins.

Sardines is a game with the exact opposite rules of hide-and-seek. Multiple players close their eyes and count to a designated number, while a single player is allowed to hide. Everyone looks individually for the hidden person, and whoever does find them can join them and stay hidden. The last person to remain unhidden loses. 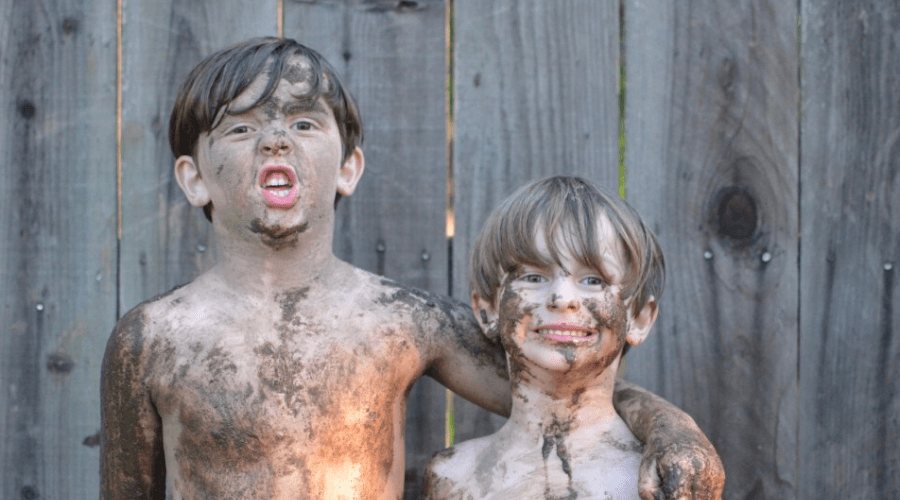 When I was a kid, we didn’t have any fancy videogames. We had to throw rocks for fun. And then walk to school 10 miles uphill. Okay, none of that is true. But we assume there was a time when throwing rocks was the height of childhood entertainment. But this is something that kids can have fun with even today, provided they do so outdoors and don’t actually start throwing the rocks at each other. It’s a great way for kids to release negative energy and hit and break stuff without getting in trouble. Just line up some cans, old bottles, or whatever objects you don’t need (and make a cool noise when you hit them) and have your kids aim and throw rocks at them. 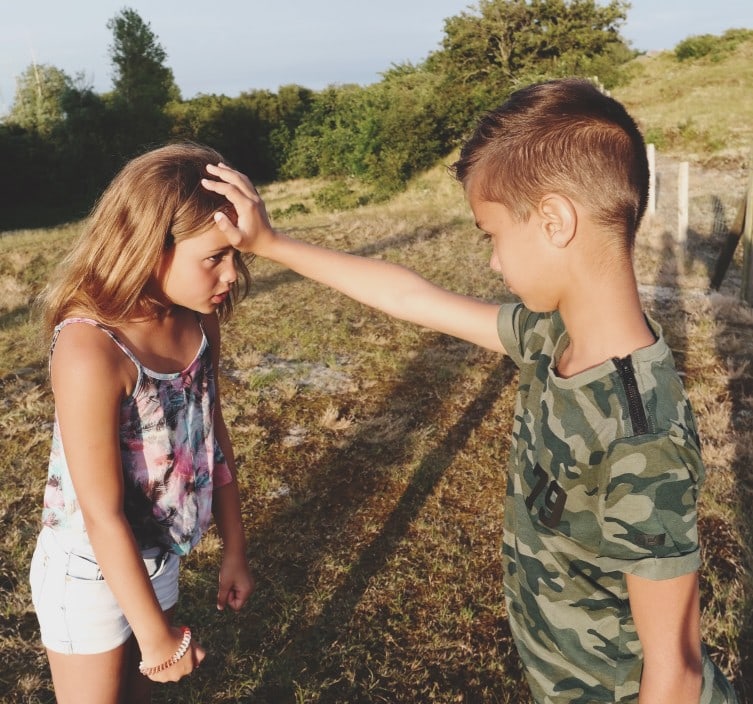 This is the ultimate game of strength and playground supremacy as two opponents prove which one of them is stronger. The two players stand, fixed in a single spot, facing each other. They have to push each other until one of them falls and they remain standing. There are plenty of variations to this game; it can even be played in the pool, with two people sitting on the shoulders of two other people while they’re trying to push their opponents into the water. 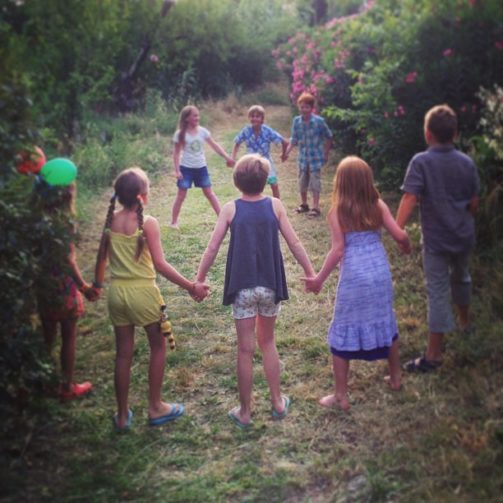 The tricky thing about playing Hot Hands is that kids might end up with sore hands. Other than that, this is a classic outdoor game that children across generations have played. One player has to lay out his hands with palms facing up, while another person puts his hands on top, with the palms facing down. The goal of the game is to have the person whose palms are facing up slap the hands of the opponents before they move their hands.

For Red Rover to work, you need at least four players, but preferably more. The two opposing teams form two parallel lines and face each other while holding hands with their teammates. Taking turns, each group will designate a player from the other group using the words “Red Rover, Red Rover, send X over”. Whoever is called has to charge and try to break the lines of the opposing team to win. If they don’t, they have to switch to the other team. The game ends when one team has all the players, but this one’s mostly about the individual effort of the runner!

Game 8: Monkey in the Middle

A classic. This one only requires three players, but you can easily adapt the rules for larger groups if needed. The goal of the game is to have two people throwing the ball to one another, while a third player in the middle tries to catch the ball as it is being thrown. If he succeeds, whoever threw the ball becomes the monkey in the middle. It a great game that can teach basic sports moves and agility. 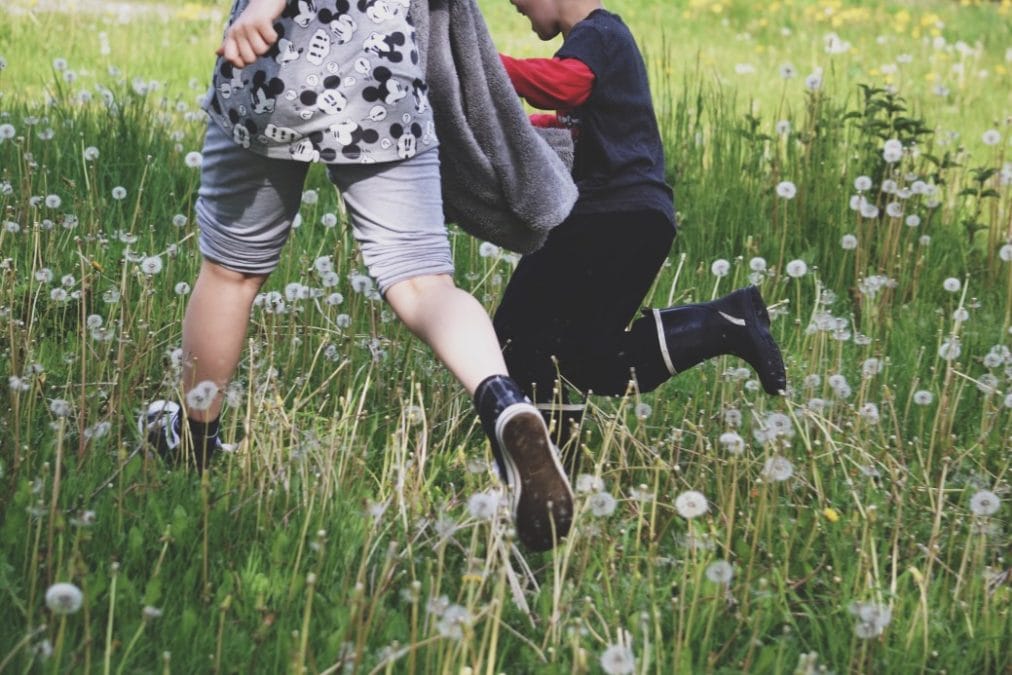 This is yet another twist of the classic game of tag for a group of 3 – 10. One child is the shark and all the others are minnows. The goal of the game is to have the minnows get from point A to point B without being tagged by the shark. Whenever the shark tags someone, they also turn into a shark. The last minnow standing is the winner.

One of the kids gets to be a traffic cop, while the others stand on a designated starting line. The kid who plays cop will have his or her back facing the other players. When she yells “green light” the other players run towards a pre-established finish line. When the cop says “red light”, all the runners have to stop. Whoever passes the finish line wins and gets to be the next cop.

This is actually a fun game that’s played by children all across the world. The concept of Double Dutch is simple, but you need at least two jump ropes and three kids to play it. Two of the kids sit in front of each other holding one end of each jump rope. One kid sits in the middle and has to jump the ropes controlled by the other two kids without messing up. The goal of the game is to build stamina and have all three players coordinate rhythm. 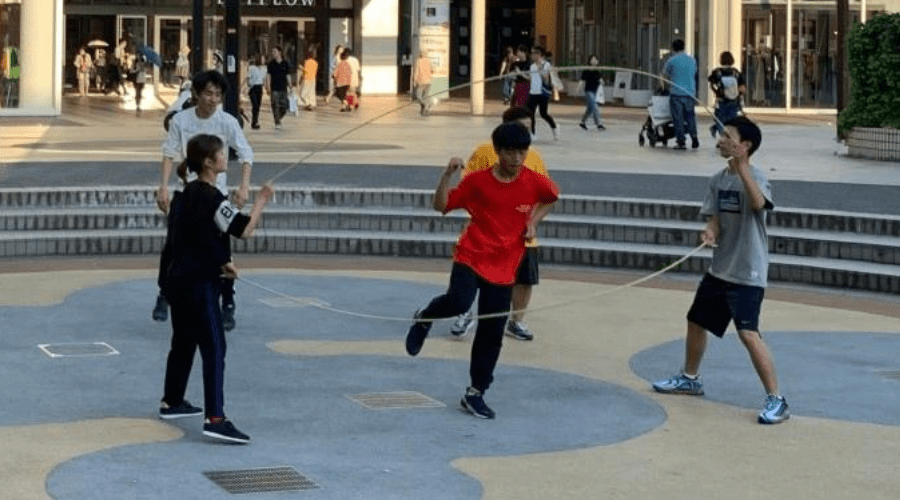 Marco Polo is a classic summer game that usually requires a pool (or swimming in the lake or at the beach, or something similar), but my kids have tried a dry version in which the “polos” have their shoelaces tied together. One person has to close their eyes and count to 10. Once the countdown is over, that player still has to keep his eyes closes (a blindfold might be in order here) and shout “Marco” while everyone else in the pool (or yard!) has to reply with “Polo.” Based on the source of the sound, the blindfolded player has to tag one of the others while they swim or waddle away. 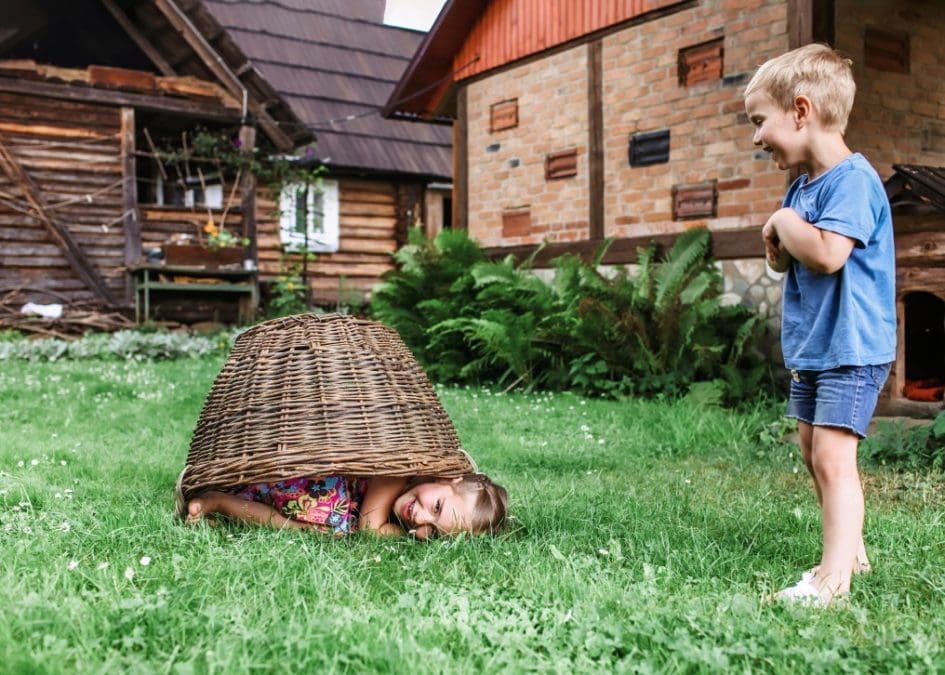 No outdoor activity list for kids is complete without mentioning that one game that everyone knows how to play. Hide and seek is a game passed down from generation to generation, with one person closing their eyes and counting to 20 (or any other predetermined number) while all the other kids hide. When the countdown is over, the child who had their eyes closed has to track everyone down and tag them.

This is another great game that most kids are familiar with because many have tried to play it around the house. The goal of the game is to go from point A to point B without touching the grass. Everything else is fair game (as long as the parents agree to it, of course). Your kids will laugh in the face of imminent danger. 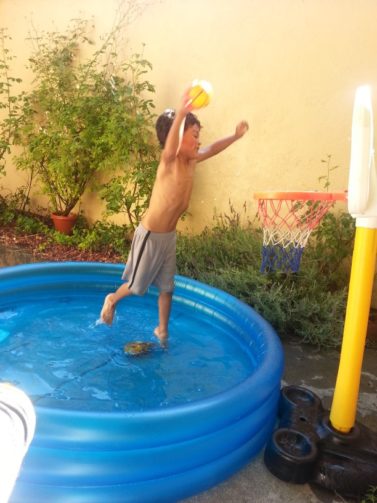 Ok, so horse obviously requires some equipment, so we’re cheating here a little bit. You need a kids’ basketball and hoop as well as some kids with a sense of humor and a lot of imagination. The first person to start the game invents a crazy move before throwing the ball into the hoop (for example: turn around 3 times while jumping on one leg). If they land the shot, the person after them has to replicate the movements before attempting to shoot. Whoever fails to replicate the shot will be designated the letter H. Each failure attracts the letters O, R, S, and E. Once you’re a HORSE, you’re out. The last one standing wins.

As you can see, there are tons of cool and fun outdoor games that kids can play outdoors, and most of them don’t require anything more than a ball or a shoe. What are some of the games that you remember playing as a child? Let us know in the comments because we’d love to get some new ideas.

30shares
Scroll back to top
30shares