What’s in Garden Soil: Garden Soil vs Other Soils - Backyard Boss Skip to content
We are reader supported. External links may earn us a commission. 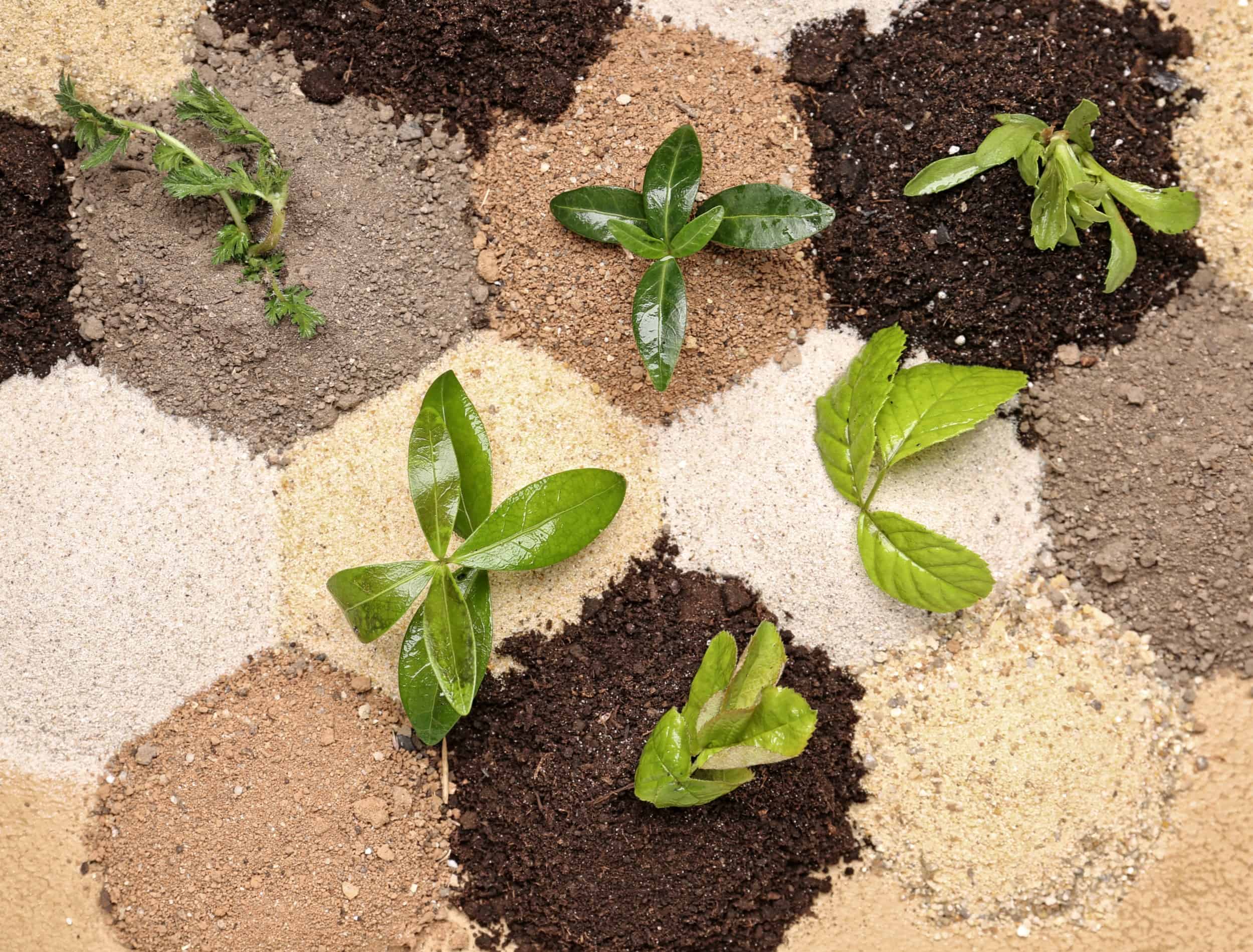 At the start of spring, amateur and expert gardeners alike are faced with a crucial choice: which soil to select for their plants. This is an important decision that will determine how well your plants do throughout the season. While there are two primary types of soil — garden soil and potting soil — they aren’t the only kinds.

Read on to learn what garden soil contains and how it compares to other soils.

The Differences Between Garden Soil and Potting Soil

Each soil has its own purpose and is made of different materials. Garden soil is rich in leftover nutrients from plants and animals and is entirely natural, whereas store-bought potting soil is a mix of ingredients combined at a factory. That said, you can mix your own potting soil to have more control over the nutrients your plants receive.

If you look at the contents of potting soil, you will find that most potting soil mixes are made out of peat moss, compost, and perlite. Meanwhile, garden soil consists of tiny stones, decayed organic matter, as well as some living organisms. Both are fantastic growing mediums; however, they are very different in their purpose.

To determine which you should use, you’ll need to think about what you’re planting. If you want to plant your flowers in the garden, you should go for garden soil; if you’re planning on container gardening, then potting soil is what you need.

Aeration, Water-Retention, and Drainage in Potting Soil and Garden Soil

Garden soil typically has void space in between its particles; you should avoid using compacted garden soil because new plants will lack air and water and have difficulty growing their roots. If you have a large amount of compacted soil, you’ll need to loosen it before use. Potting soil, on the other hand, has better aeration and water retention than garden soil because it’s specifically formulated to do so. It can hold enough air and water for indoor plants to thrive.

Density and Weight in Garden Soil and Potting Soil

It shouldn’t come as a surprise that garden soil is quite dense and heavy, since it’s rich in organic matter that has amazing water-retention properties. Unfortunately, this also means that this soil is prone to compaction over time. Potting soil, on the other hand, is light and fluffy. While it still has great water-retention properties, it is at much less danger of compaction. However, if you overwater potting soil, it will start to get heavy.

Garden soil typically contains a lot of nutrients due to it being full of decayed plant matter. As organic matter breaks down, it becomes bioavailable and thus, garden soil becomes replenished. Moreover, it is full of living organisms such as bacteria, fungi, earthworms, critters, and other bugs. And while this is okay and even encouraged for outdoor planting, using unsterilized garden soil for an indoor plant could lead to devastating results, such as stunted growth or even premature plant death. This is because unsterilized soil is often home to many weed seeds, diseases, pests, and unwanted pathogens.

Lastly, it can contain a lot of seeds, some of which can germinate, causing an explosion of weeds. You can sterilize garden soil, but it’s still not recommended to use it for indoor plants. Contrary to garden soil, the nutrients in potting soil don’t naturally replenish. To do so, you will have to manually add nutrients such as nitrogen to the soil.

Furthermore, store-bought potting soil is often sterile because it is treated with chemicals to kill pathogens, pests, and diseases before it is packed. This means that there should be no seeds or living organisms in it, except for the occasional beneficial mycorrhizal fungi that some mixes choose to add. That said, the age of the packed soil plays a huge role in its sterility. Potting soil can go bad if it isn’t stored properly or if it is left open and unused for over six months.

Pros and Cons of Garden Soil

Whether you choose to use garden soil or potting soil, you should first learn about the pros and cons of each. In the case of garden soil they are:

Other Soils and Their Uses

So Many Choices To Choose From

Unfortunately, it is a misconception that garden soil and potting soil are the same thing and can be used interchangeably. There are some significant differences between the two soils and confusing them can be fatal for your plants.

Garden soil is used for outdoor plants, and potting soil is for potted plants. Moreover, these aren’t the only types of soil on the market.

To sum it up, there is no winner in the competition between soils, mainly because they serve completely different purposes. Hopefully, this article was helpful to you! If you have any questions, please leave a comment down below.

How to Grow and Care for Butternut Squash

How to Mulch a Garden Bed Correctly