How to Grow and Care For a Holly Bush - Backyard Boss Skip to content
We are reader supported. External links may earn us a commission. 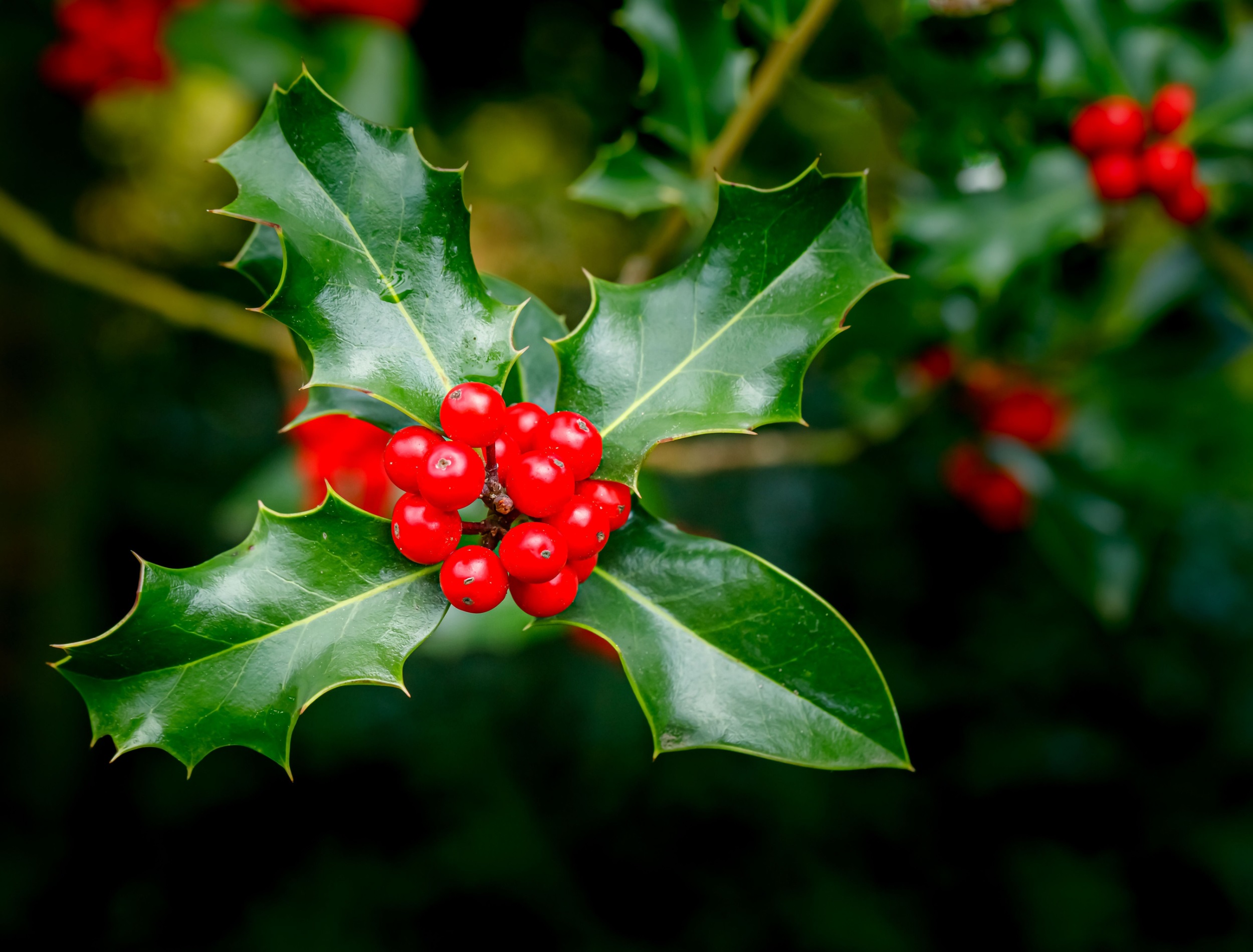 The holly bush is a classic part of many festive holiday celebrations. With brilliant green leaves and cardinal red berries, a holly bush will brighten your garden every winter.

Discover how to grow and care for this festive plant along with some care tips! Below is everything you need to know from choosing the best type of holly for your region, when to plant them, and the tools needed for success.

Before you jump into gardening, make sure you have these materials on hand! Gathering materials first will make planting a breeze.

Before you start digging, you need to pick a holly bush first! There are over 400 species of holly worldwide, so it’s essential to choose one that thrives in your area. Here are three popular varieties that grow well in America.

Pro Tip: While birds enjoy holly berries, they are toxic for people.

‘Merry Christmas,’ a popular American holly variety even has a festive name. When planting this type of holly choose somewhere with plenty of space, as it can grow over 50 feet tall!

Yaupon holly or Ilex vomitoria grows naturally in the US from New York to Florida and thrives in Texas too. This holly thrives in zones 7 through 9.

Winterberry or Ilex verticillata, grows berries in abundance and flourishes naturally in the US. It is a deciduous variety; This means it will lose foliage in autumn but its crimson berries can last all winter long! These bright berries make it very attractive to wildlife in winter and it grows splendidly in wet regions. So, if you live near a stream or have boggy, acidic soil, then winterberry is a top choice.

Fun Fact: Growing holly from a plant is the most popular option. However, you can grow holly bushes from seed. Place the seeds in a container outside with sandy soil and compost. Then leave it in the shade and wait 18 months! Water just to keep the soil moist. Then, after 18 months sow the seed in a pot. After another year of growing, plant your holly bush in the ground.

The wait is worth it!

For the best success, plant your holly bush in spring or autumn. Holly bushes thrive in hardiness zones between 5 and 9. In spring plant after April, when temperatures consistently stay above freezing. Then in autumn, plant your holly bush in October or November before there is a risk of frost. This will give your holly time to spread its roots and establish itself before hot or cold weather extremes arrive.

If you want your holly bush to grow berries it’s almost always essential to plant two or more. Holly bushes are usually dioecious. This means you need to plant a male bush near the female bush to pollinate it.

With proper pollination, your female holly bush will produce stunning crimson-red berries. If you are growing several, you will need at least one male holly bush in sight of every six females you plant.

Note: Some varieties of holly bushes can self-fertilize, in which case you won’t need two bushes. For instance, Burford Holly or Ilex cornuta ‘Burfordii,’ grow berries without cross-pollination. Always check with your garden center or nursery if you aren’t sure whether your holly bush is dioecious.

Full sun to partial shade is best for holly bushes, ideally in a spot that gets at least four hours of sunlight a day. While holly bushes do tolerate some shade, the sunnier the spot the more holly berries they will grow.

So, if you love their one-of-a-kind colors make sure to pick a sunny spot.

Most holly plants like soil that drains well, it’s even better if your soil is also slightly acidic and has organic matter. Like most shrubbery, new holly bushes benefit from weekly watering at first to help the roots establish. After this, it will thrive on regular rainwater.

Pro Tip: Winterberry is an exception, it will grow well even in swampy or boggy areas.

Mulching is an important step in caring for your holly plant. Holly has roots that are near the surface of the soil. Put mulch over the roots to protect them and keep them cool, moist, and happy! Some great choices for mulch include wood mulch chips that are cured for six months or more, as well as pine straw.

Holly can grow tall, up to 60 feet! To keep your holly at a manageable height for your garden, prune in late autumn or early spring and should be done annually. To choose the best height consider what you’re planting it for. For a privacy hedge, six feet might be perfect. Alternatively, if you’d just like a few small plants, keep them at four feet or less for convenience.

To grow a thriving holly bush select your variety and remember to get two plants — male and female plants have to be close together.

The best thing you can do is maintain your holly by annually pruning and covering them with mulch when needed. Soon, you’ll have gorgeous red berries!

Do you have a holly bush in your yard? Pop your growing tips in the comments below! Then share on socials to help other green thumbs successfully grow a holly bush too!

How to Harvest Rosemary

How To Properly Prune Your Cherry Tree

How to Prune Camellia Trees: An Ultimate Guide