Is Hickory Good Firewood? Hickory Firewood Guide - Backyard Boss Skip to content
We are reader supported. External links may earn us a commission. 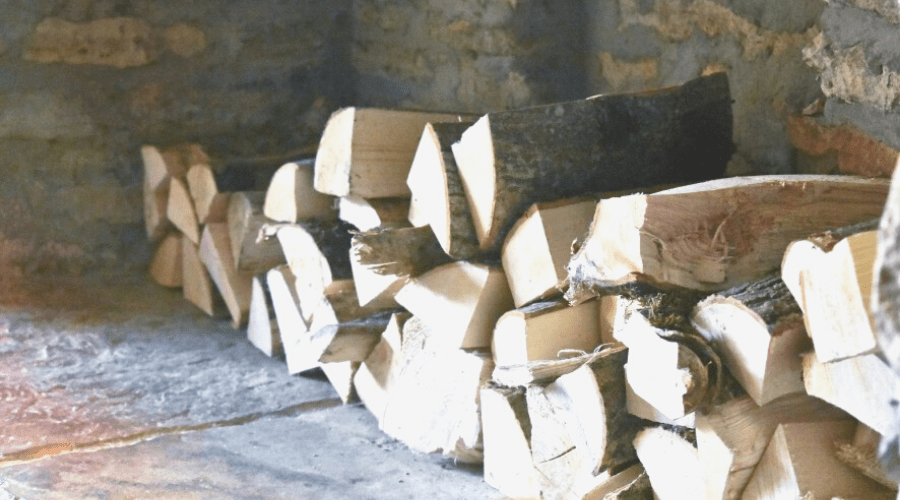 Hickory is one of the most popular firewood options in the United States, widely used for everything from cooking to campfires to hearth heating homes. Whether you’re new to burning wood for heat or just curious about the properties of Hickory, this is the guide for you. From heat output, scent, smoke, seasoning time, and the best uses for each variety, this guide has everything you need to know about Hickory firewood.

In general, Hickory is a dense and heavy-grained wood. It qualifies as a hardwood, which means it’s excellent for use in a fireplace. All of the varieties of Hickory work well as firewood, but they do require a seasoning time of at least one year. If not seasoned for long enough, the wood won’t burn efficiently.

All of the following are varieties of hickory firewood:

Despite the many similarities between the varieties of Hickory, the BTU value differs slightly. At 27.7 million BTUs, shagbark had more BTUs per cord than the 26.5 BTUs of bitternut. Whichever type of firewood you need, you can be sure that Hickory will put out enough heat to keep your room warm. Compared to all the other types of firewood, Hickory has the second-best heat output. The most significant difference among varieties of Hickory is the appearance.

If you’re looking for firewood that burns hot, Hickory is an excellent option. On average, it burns at 28.5 million BTUs per cord. The coals of Hickory are long-lasting, which gives you even more heat.

Hickory is similar to other high-quality firewood, such as black locust. One log of Hickory might burn for about four hours. Meanwhile, the coals could last through the night. Because it has such a high heat output, Hickory tends to last longer than other woods. If you use Hickory as a primary heat source, one cord of the product could last for ten weeks.

How Long Does it Take to Season Hickory? 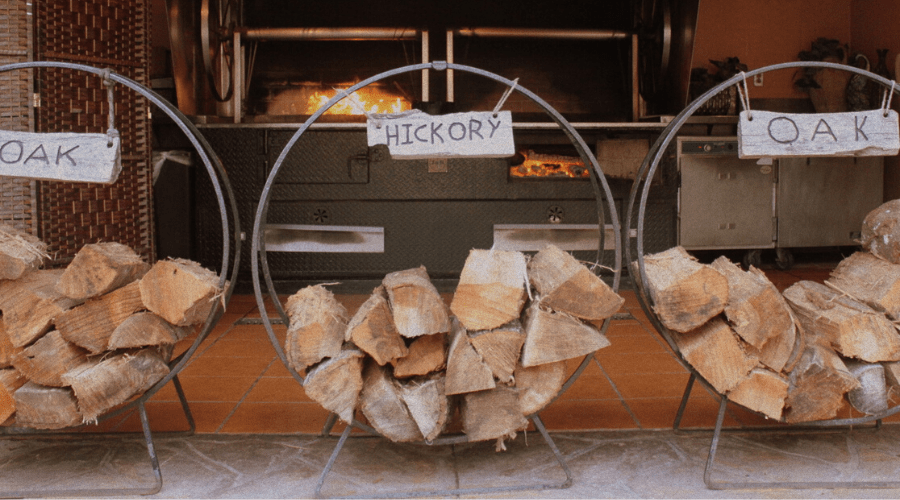 Despite being one of the best woods to burn, Hickory has one of the most prolonged seasoning processes. At a minimum, it takes 12 months to season hickory. If you burn green Hickory, it takes a long time to ignite and is very smoky. When green, Hickory has a moisture level of 80%.

After you season Hickory properly, it should have a moisture level of 20%. In a dry climate, you may be able to achieve this in less than 12 months. However, a seasoning time of two years gives you the most efficient form of hickory firewood.

Unlike some other wood types, Hickory has a low sap content. The lack of sap makes for a better burn and less creosote. However, this wood is tough to work with.

As a dense wood, Hickory is hard to cut. To make your life easier, you should invest in a log splitter. It might not be the most straightforward wood to work with, but it is worth the effort.

Hickory has a relatively low smoke output, which is one of the reasons so many people have Hickory as their forts choice for firewood. The only exception of the smoke is when the firewood isn’t seasoned. If you try to burn green Hickory, you’ll end up with a significant amount of smoke.

If you’re worried about creosote build-up, Hickory is an excellent choice. As with any firewood, Hickory does cause some creosote to accumulate in your chimney. However, it produces much less creosote than some other woods.

The Smell of Hickory 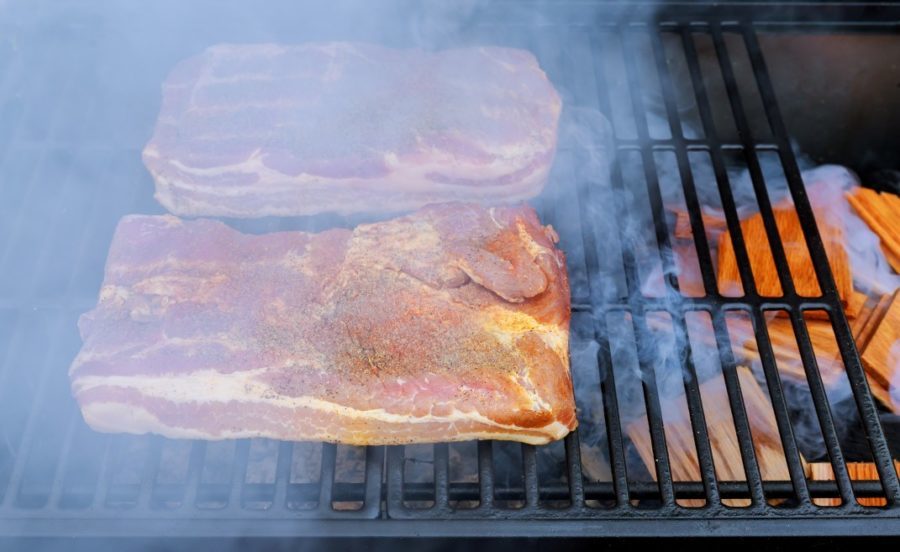 Up until this point, black locust outperforms Hickory as firewood. But the smell is where Hickory stands out. Hickory has an appealing fragrance. In fact, it smells so good that liquid smoke is modeled from the scent of Hickory. It’s made out of condensed hickory smoke and is often used to flavor foods.

To many, hickory smoke is the way fires should smell. It brings back memories of winter nights spent huddled in front of a fire and also might make you think of your favorite BBQ. Usually, Hickory is a preferred wood for smoking meats.

Can You Speed Up the Seasoning Process?

You shouldn’t rush to season your hickory firewood. However, there are a few ways in which you can help the wood dry. For one, split the pieces before you stack them. Doing so allows more surface area of the wood to be dried out by the wind and sun.

You can also elevate the wood. By stacking your wood on pallets or planks, you improve the airflow. As a result, your wood is able to dry out faster in the firewood rack. The location of your stack also matters. When you stack wood away from the shade and towards the breeze, you improve the hickory firewood’s drying time.

Is Hickory Better than Black Locust?

It’s hard to say if one type of firewood is better than another because everyone looks for different things from their firewood. If you only care about heat output, then black locust is a better option. It has a slightly higher heat output than Hickory.

That said, Hickory is more fragrant than black locust. If you want firewood that smells great and has a high heat output, Hickory is the right choice. In the end, it all comes down to personal preference.

How Can You Identify Hickory Wood?

At first, you might think that all wood looks the same. But Hickory is very distinct from other types of wood. The bark on the hickory tree grows in thin plates. If you were to pull on the scales, they would pop off.

If the bark doesn’t go, you identify the tree; you can look at the leaves. Hickory trees have compound leaves with seven to nine leaflets. Although they resemble ash leaves, hickory leaves have stems with a pattern that alternates down the branches.

How Much Hickory Wood Do You Need?

If you plan on heating your home with firewood this winter, you’ll need a significant amount of Hickory. But for supplemental heating, you’ll need much less. When buying cords of Hickory, keep in mind that the wood lasts longer than some of the other types of firewood. In addition to burning longer, the wood also produces coals that last for hours.