History of Chrysanthemums - Backyard Boss Skip to content
We are reader supported. External links may earn us a commission. 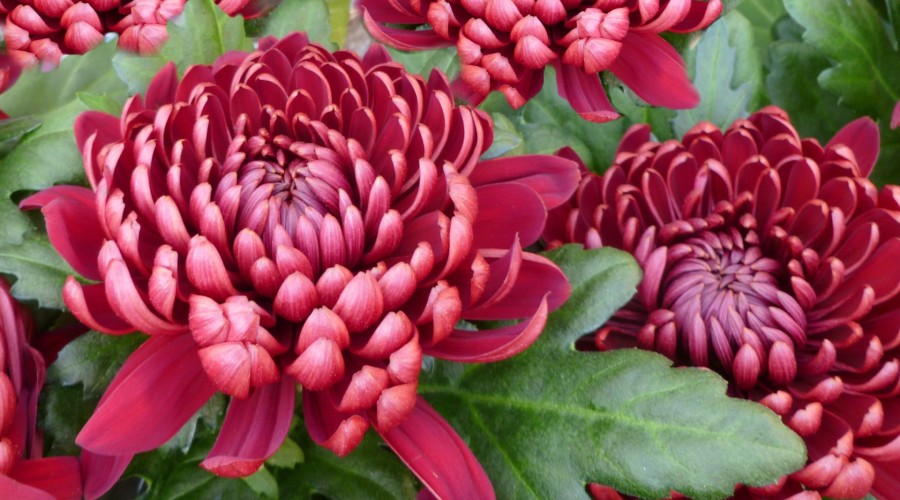 Chrysanthemums have come to have a lot of meaning in many cultures across the world. The name, given to the flower by a Swedish botanist, means gold (chrysos, Greek) flower (anthemon, Greek). The flower has strong roots in the Asian continent, both in China and Japan, and the name there also roughly translates into gold flower in English.

The beautiful flower, which comes in a host of colors ranging from yellow to deep purple or bi-colored patterns, has garnered the symbolism of everything from season change to death, depending on the culture.

The history of chrysanthemums is just as unique as the looks and the distinct cultural meanings they hold across the planet. Let’s take a look.

The History Behind the Flower

Chrysanthemums have a strong tie to Eastern cultures since they were first cultivated in China. Ancient pottery pieces are depicting the flower, dating back to the 15th Century BC. The flower was so much a part of the ancient culture that a city in China named for the plant: Chu-Hsien, or Chrysanthemum City.

Nearly every part of the flowering plant has been used medicinally in China, as well. Boiling the roots has served as pain relief. The petals and leaves are brewed for a ceremonial tea. The essence of the flower is believed to possess the power of life. Thus the symbolism of “life” being attached to the flower in Chinese culture.

The flower made its way into Japan around the 8th Century AD and met with a lovely reputation under the emperor’s adoption of a single chrysanthemum as his official seal and crest. Now in Japan, prominent Japanese families still contain a chrysanthemum in their family crests. The nation also continues to celebrate National Chrysanthemum Day since 910 AD, and it has become one of the five sacred festivals of the country.

The flower gained even more popularity during the Edo period (early 17th to 19th Century). Cultivators and scientists created more flower shapes, colors, and varieties during this period, helping the flower flourish. Since then, the flower varieties cultivated in Japan have grown in size in many cases and results in blooms as large as 8-inches in diameter.

Europe nations began seeing chrysanthemums in the 17th Century, and they only entered the American horticultural scene in 1798, when Colonel John Stevens imported a variety from England known as ‘Dark Purple.’ The flower was specifically introduced to grow attractions at Elysian Fields in New Jersey.

What Does the Chrysanthemum Mean to You?

While cultures may ascribe meaning to a given flower, we as individuals have often attached meaning to flowers too. Personally, the chrysanthemum reminds me of happy and vibrant times spent with family and friends. I love the many colors and shapes that make each variety unique and stand apart from the others. So, as I grow chrysanthemums in my little patio garden each year, I choose a warm, inviting place that invites admiration and enjoyment.

Improve Your Lawn With a Top Dressing Treatment

From Lawn to Easy-Care Wildflowers in 5 Steps

7 Benefits of Growing Your Own Cilantro