What is the History of Garden Gnomes? - Backyard Boss Skip to content
We are reader supported. External links may earn us a commission. 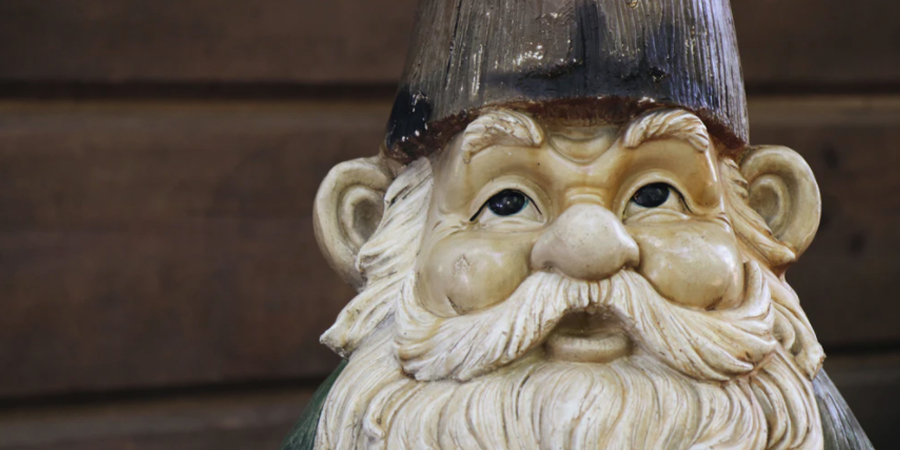 Garden gnomes are one of those things that end up in popular culture, and no one stops to think about what they mean. While they are cute, campy additions to any yard or garden, there is a fascinating and deep history associated with these figures.

They can give your garden a little added ornamental style, but they also have an interesting meaning and a lineage that goes much farther back than you might think at first. That’s why today I would like to share with you the story of their origin.

Gnomes were mythical creatures that permeated many different European cultures. They were thought to live underground, and in fact, their name is derived from a Latin word that roughly translates to “earth dweller.” With that connection to the earth and the soil, it is no surprise that gnomes ended up being a symbol of organic growth and the magic that happens underground.

For the most part, gnomes were popular in German fairytales. They were described as being old men who guarded treasure buried underground. It relates to the idea of gnomes being connected to the earth and why they have become synonymous with gardening and the edible treasures they hold.

The first garden gnome was made in a little factory in East Germany by Mr. Griebel. The original Griebel-Gnome was called “Martin” and he held a lantern.

While gnomes have a mythological history, the idea of keeping them in gardens originated in 18th century England. During this time, the gentry of Georgian England would allow real-life ornamental hermits to live in their gardens. While these people were there to guard the land, they also set the tone for the moody, melancholic style that was so popular during that time.

Garden hermits were permitted to live in rustic shacks on the property and were often instructed to not bathe or shave and to wear shabby, plain clothing. Many people believe this is where the story of keeping gnomes in the garden comes from and why it became so popular later on in England.

The first person to bring gnome statues in a garden was Sir Charles Isham. On a trip to Germany, he purchased large terracotta gnomes that were expertly made and crafted by professional artisans. He placed 21 of the gnomes in his garden and quickly set a trend for the rest of England as he believed they brought good luck and good cheer to his 90-foot garden. Many other people followed suit since the statues were easier and cheaper to keep than real-life garden hermits.

After his death, Charles Isham’s daughters removed the gnomes, believing them to be an eyesore that ruined the look of the large garden. However, one gnome survived and remained hidden until many years later. By that point, garden gnomes had caught on in popular culture and had become common all over the country.

In 1976, a book titled Gnomes illustrated by Rien Poortvliet was released and became wildly popular. In it, gnomes are described as having rich botanical lives that revolve around botany and biology. It helped perpetuate the myth of garden gnomes being useful for good luck in the garden and to help facilitate the growth of plants and wildlife.

Generally, garden gnomes began to symbolize watchfulness and success in garden growing and botany. They quickly became popular as superstitious additions to gardens and grew into a piece of Americana that is instantly recognizable. Even though many people think they look tacky and campy, they remain popular and are seen as a unique throwback to bygone times.

The Future of Garden Gnomes

With the proliferation of the internet, garden gnomes have once again come into the mainstream. “Gnome-napping” was a popular internet trend for many years, with people bringing their garden gnomes to remote locales and posting photographs of them in front of all kinds of famous landmarks. As this trend grew, garden gnomes became popular again in the 21st century.

A few companies like Ace Hardware and Travelocity have used garden gnomes in their ads and even began manufacturing them for widespread consumption. As they gain acceptance, they get harder to find, and it makes them all the more collectible, especially at Christmas.

It is difficult to say if garden gnomes will continue to be popular, but as with all trends, they will likely come and go with the times. However, they should always be around to watch over gardens and bring their good cheer and luck to anyone who takes a look at the land they are watching over.

When You Should Start Winter Sowing

How to Make Your Own Seed Tape

Best Generators for Keeping Your Home Powered In An Emergency

Attracting Butterflies, Hummingbirds, and Other Pollinators

Scroll back to top
18shares