History of Pickling and Pickling Spices: Preserve Your Food Like a Pro - Backyard Boss Skip to content
We are reader supported. External links may earn us a commission.

History is riddled with references to cooling, sweet, tart, and crunchy pickles. They make an appearance in historical documents as well as literature and seem to be a favorite of both the wealthy and poor alike. But what exactly is pickling and how did it gain such notoriety?

The history of pickling and pickling spices is long and varied and literally spans thousands of years. This ancient tradition was born of the need to preserve food and is still used today to help flavor a variety of produce to whet your appetite. Read on to explore the history of this simple process that dishes up amazing flavor for your enjoyment. 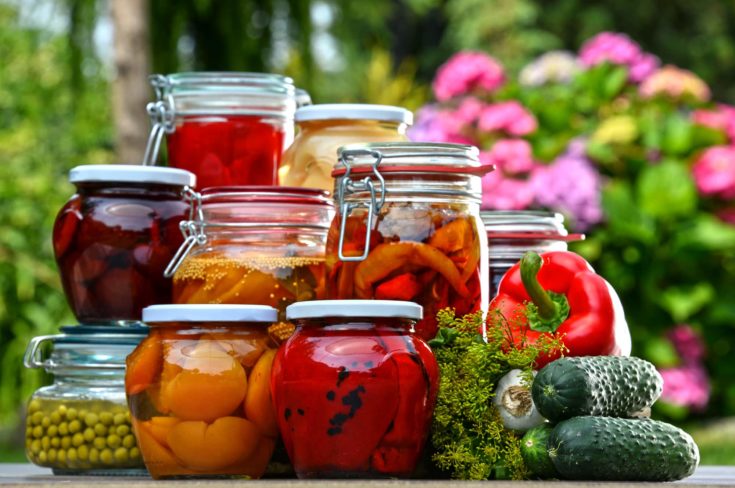 The word, pickling, is not as old as the process itself and comes from the Dutch and German words pekel or pokel, respectively, that means to salt or brine. Since this is an important part of the preservation process it serves as a good representation of what, exactly, is going on.

Pickling is the process of preservation. It involves soaking food, usually vegetables, in a liquid solution to inhibit the growth of bacteria and essentially allowing the produce to last for months (or even years) for safe consumption. The process creates a salty-sour taste that is popular world-round.

Technically, picking can be done in a few different ways. One, soaking the produce in vinegar, a strongly acidic solution, destroys bacteria and inhibits spoilage and rotting caused by bacteria. Food can also be soaked in a saltwater brine where they lacto-ferment, which means the natural sugars found in the food turns to lactic acid through a ‘good’ bacterial growth process. You can also combine the process. 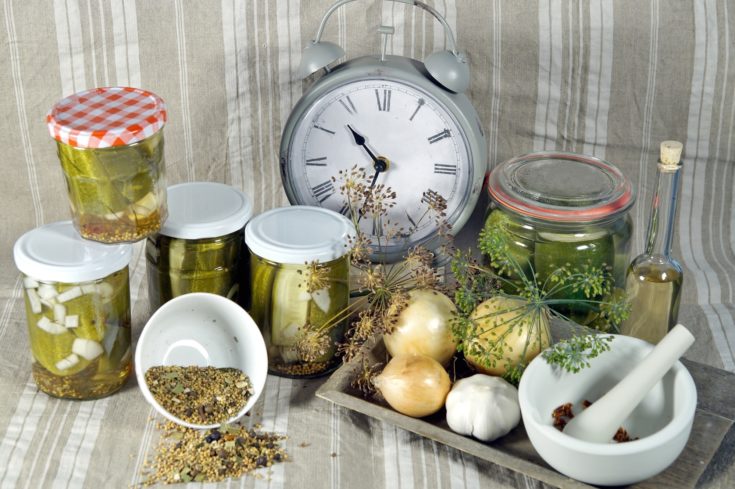 Along with the vinegar and salt, various spices and sugars can be added to the process to change the overall flavor of the product pickled. Each region of the world favors various products as well as flavors, to complement the sour taste created by the pickling process.

These spices are also full of various vitamins and nutrients that are excellent for your body.

Favored pickling spices include (but are not limited to): 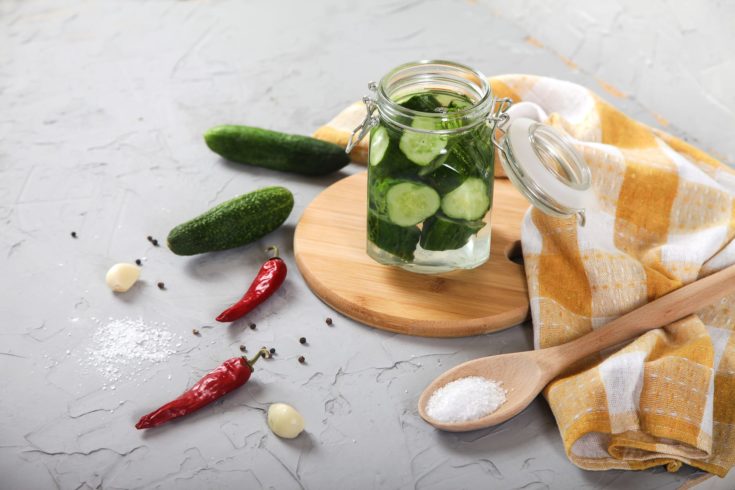 What Can be Pickled? 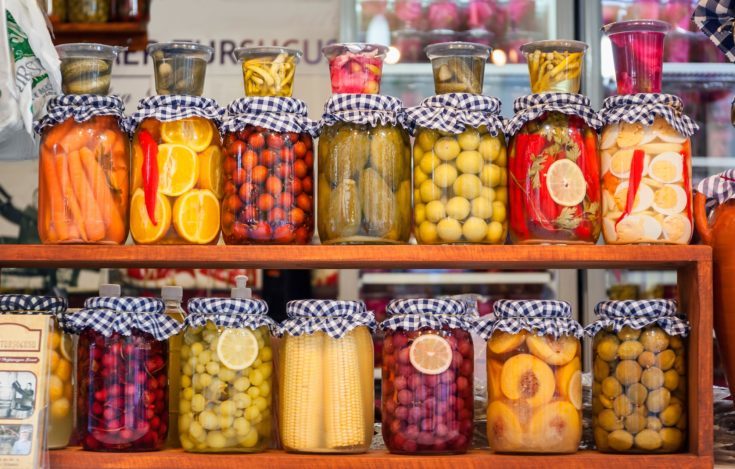 Although most people think of pickles, picked cucumbers, when they hear the word pickling, there are many other things that can be pickled as well. In fact, most fruits and vegetables are awesome options for pickling with favorites being carrots, mushrooms, watermelon, peppers, cauliflower, onions, peaches, strawberries, rhubarb, beets, green beans, and cherries…to name only a few!

But don’t limit yourself to just garden produce. You can easily pickle other foodstuffs. Pickled eggs and meats are very popular, with pork and beef being a common option due to the tenderness the process lends to the meat.

The history of pickling truly is ancient with documentation of pickling occurring as far back as 2400 BC in ancient Mesopotamia. Evidence suggests that cucumbers were traded from their native India into the fertile Tigris River Valley to grow and store as pickles. From there, the practice of pickling spread throughout the Mediterranean and into Northern Europe where it made its way across the Atlantic with Christopher Columbus.

Throughout the entire time, cucumbers and pickling processes were making their way across Asia and Europe, various spices were as well. Dill, for example, was used as early as 900 AD from trade with Sumatra as part of the pickling process. 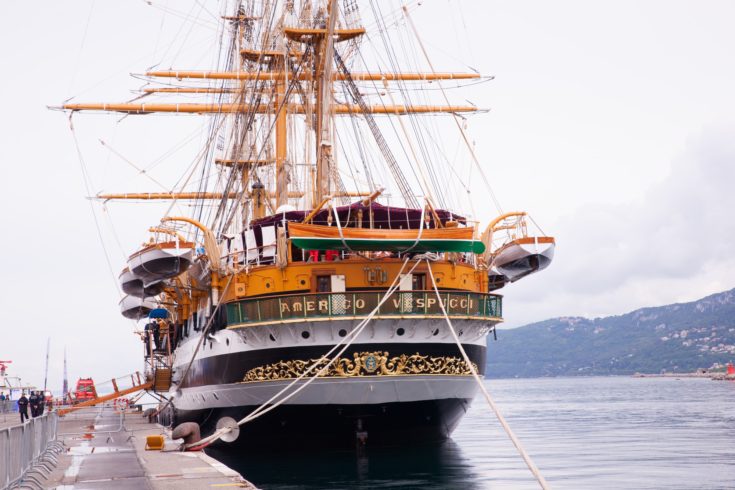 Before Amerigo Vespucci was a famous explorer, he sold pickles in Spain. He was a supplier to many ships setting sail of foodstuffs and was considered an expert in food preservation. By the time he set sail himself, he was well versed in the health benefits of the process and brought the idea with him into the New World, which consequently was eventually named after him.

Pickled foods were found in abundance with travelers and sea-going explorers since keeping food fresh was always a challenge during long voyages. Pickling allowed sailors in particular to avoid nutrient deficiencies from an unvaried diet and was easy to store without fear of spoilage.

By the 1600’s cucumbers were being grown and stored within the Colonies and became a popular street selling item as various spices and flavors were experimented with.

Why Are Pickles Good For Your Health?

There also is a high level of antioxidants and electrolytes found in many produce and pickling solutions, allowing their consumption- and in many cases, the drinking of the pickling juice, help ease muscle cramps and fight disease.

History is riddled with references to pickles and because of it, there are quite a few fun facts worth knowing. For example, did you know that Queen Cleopatra believed pickles allowed her to look youthful and attributed them to her good health? A few other things worth knowing are:

Tips for Pickling Your Own Food 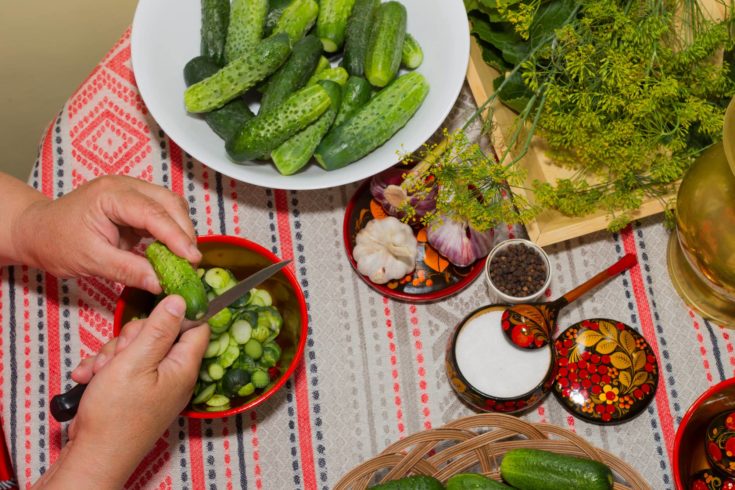 If you plan on pickling anything, be sure to follow these general tips to ensure a great batch!

Hopefully, this has been an informative article for culinary lovers. Pickling has an extensive history of use and although cucumbers make the famous pickles we know and love, don’t be afraid to apply the technique to a wide variety of other foodstuffs. We’d love to hear what your favorite pickling recipe entails, and share it to your next barbeque party.

Growing Pear Trees: How To Care For and Prune

Guide to Growing Tea at Home for Black, Green, White, and Oolong Tea

Try These Grilled Fruit Recipes For Your Next BBQ

How Far Apart To Plant Tomatoes

Scroll back to top
7shares