A Short History of the Dutch Oven Skip to content
We are reader supported. External links may earn us a commission. 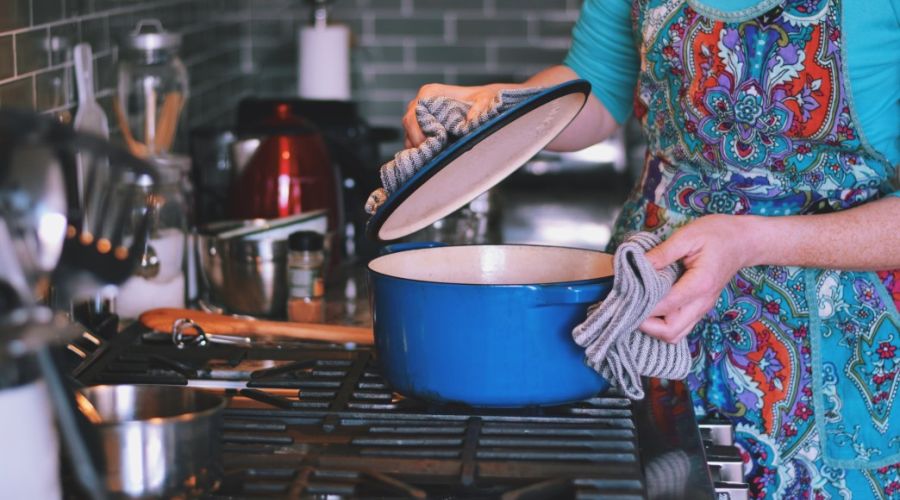 Although the Dutch oven is often considered a uniquely American cooking pot, its origin comes from Europe.

The Origin of the Dutch Oven and Its Name

In the late 17th century, the Dutch produced a pot that had a smoother surface than the pot produced by the British, so Britain imported the pot from the Netherlands.

In 1704 a British man, Abraham Darby, went to the Netherlands to discover why their pots were superior. He learned that the Dutch were using a sand mold process to produce their pots. He refined the process by using better molding sand and baking the mold so that the smoothness of the casting was improved. He then sold the pot throughout Britain and the American Colonies.

There are several theories as to how the Dutch oven came to its name. The majority of people believe it was due to the original process in the Netherlands; others believe it came from old tales of Dutch traders who sold cooking pots out of their wagons similar to the traveling salesman who used to go door to door. Still others believe the name is derived from the immigrants who settled in the Pennsylvania area and used similar pots for cooking. Regardless of where the name originated, it was the American Colonies that brought the pot to prominence. 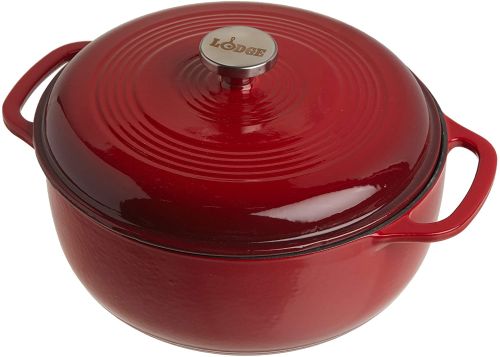 This six quart Dutch Oven's smooth glass surface will evenly heat your food, whether you're cooking a stew, sourdough bread, veggies, or a roast.

Paul Revere is given credit for refining the Dutch oven after it came to the Colonies. He improved the lid to the flanged lid in order to better hold the coals placed on top of the oven. Over time, the pots became shallower and legs were added so that the oven could be elevated above the coals. Made of cast iron, the pot was versatile and durable.

The Spread of the Dutch Oven

The Dutch oven began to make its way across the United States. Explorers Lewis and Clark are said to have used this pot during their many travels. Mountain men, cowboys, and chuckwagons used the pot. The pots seen hanging over a fire in western movies are Dutch ovens. It was a revered piece of equipment; so much so that it was often left in wills in the 18th and 19th centuries. Even George Washington’s mother placed “iron” kitchenware in her will. Mormon settlers brought the pot to Utah and the Dutch oven became the official state cooking pot of Utah.

The Lodge Manufacturing Company makes the majority of Dutch ovens that are in today’s market. Modern ovens are designed for use on top of the stove or in an oven. There are typically made from aluminum or ceramic and have smooth bottoms.

However, the old version of the Dutch oven is still widely sold. The Lodge Company calls it the Camp Oven. Like the ones in the early days, it is made from cast iron, with three legs, a bail, which is a wire handle, and a tightly fitting flanged lid.

The Dutch oven comes in varying sizes and is as versatile and durable as the historical ovens. Because the coals are placed underneath and on top of the oven, it has uniform internal heat, acting like an oven. It can cook, boil, roast, bake, stew, or fry a meal. The Dutch oven is the ultimate cooking pot for campers and BBQers.

The Best Compact Grills for Apartments, Balconies and Small Spaces

Scroll back to top
6shares