How Far Apart To Plant Tomatoes - Backyard Boss Skip to content
We are reader supported. External links may earn us a commission. 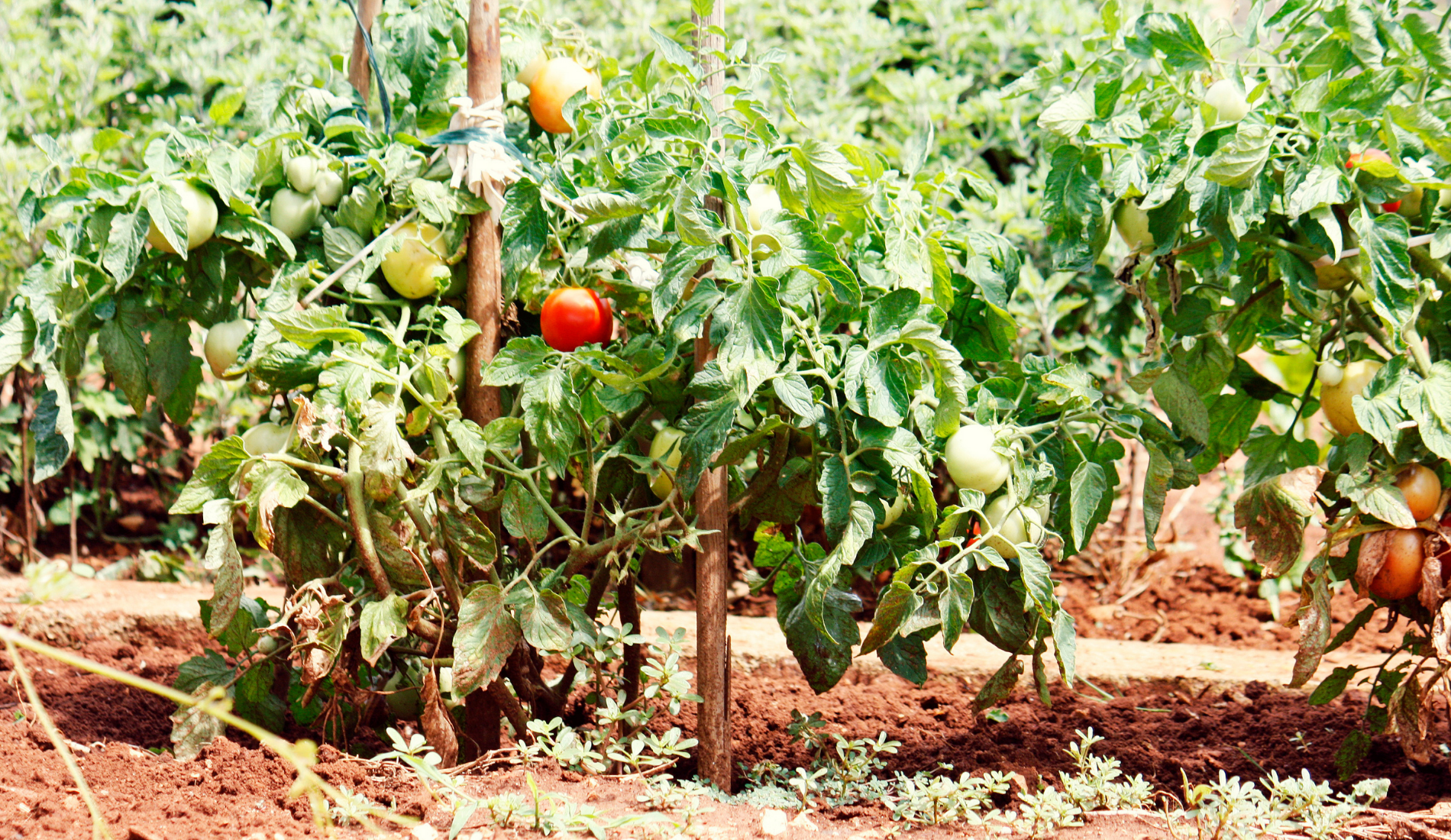 Tomatoes are one of those classic crops that many people love growing in their gardens. And what’s not to love? Juicy, red fruit that you can harvest all season.

It might not be time to plant tomatoes in your area, but you can easily learn everything you need to know about when to plant your vegetable garden, so you don’t have to take a chance.

By following some tips for growing tomatoes, you’ll have healthy tomato plants that will produce fruit right up until your first frost.  However, one of the most important things you need to get right is spacing your plants.

Discover how far apart to plant your tomatoes and why it matters.

Also known as ‘bush tomatoes’, determinate varieties of tomato form compact bushes about 3-4 feet tall. Determinate tomatoes will grow just fine without any support. Although, like everyone, a little support goes a long way, and they can be held upright with a sturdy stake or tomato cage.

Determinate tomatoes all ripen at the same time, a factor that many home gardeners don’t take into account. If you plant only one cultivar of determinate tomatoes, you’ll spend most of the season without tomatoes, and then suddenly have a glut of tomatoes. This is excellent if you plan on preserving your tomatoes in some way for future use.

If you’re more interested in extending your harvest throughout the season, plant a mixture of early fruiting and late fruiting varieties.

Or, on the other hand, plant indeterminate tomatoes.

Also known as ‘vining tomatoes’, indeterminate tomatoes do best when grown up with a sturdy support system, like a stake, trellis, or tomato cage.

Indeterminate tomatoes don’t stop growing until the plant is killed by frost which means they can grow over 8 feet tall in a season. For this reason, indeterminate tomatoes should be pruned throughout the season. This pruning, if done correctly, can also increase your yield significantly.

Although one might dispute this as old information. There are so many new varieties of tomato being bred every year that lack of flavor has definitely been bred out of most cultivars today.

It’s also nice to be able to harvest a few tomatoes when you need them for a meal, instead of harvesting pounds and pounds of tomatoes that you need to process before they go bad.

What’s the big deal with spacing? Well, if you get it right, it can have a big effect on the health of your plants and, ultimately, your harvest.

Correctly spacing your plants will help with disease prevention. It enhances airflow, meaning the many diseases that tomatoes are susceptible to will have less chance of establishing themselves. Insufficient airflow can be a major problem for healthy tomato plants.

Not crowding your tomatoes will also mean that all the plants have adequate access to light. Tomatoes are heat-loving plants, and most plants need sunlight to grow, so space those plants correctly so they all get what they need.

Ready to get planting? The first step would be to identify whether the tomatoes you’re planting are determinate or indeterminate.

From there, decide whether or not to stake your tomatoes and which method you’ll use to do this. You can now follow the guidelines above for your specific situation.

Remember that planting them too close together may lead to disease and a poor harvest, and planting them too far apart will lead to weed pressure and a reduced harvest. So getting the spacing right is a good start to having a growing season full of homegrown tomatoes.

How To Store Onions

Cheapest Fruits and Vegetables: A Month by Month Guide to What’s Fresh

Winter Vegetable Gardening: What to Grow in the Cold Season & How

Scroll back to top
12shares