How Often Should You Water Orchids? - Backyard Boss Skip to content
We are reader supported. External links may earn us a commission. 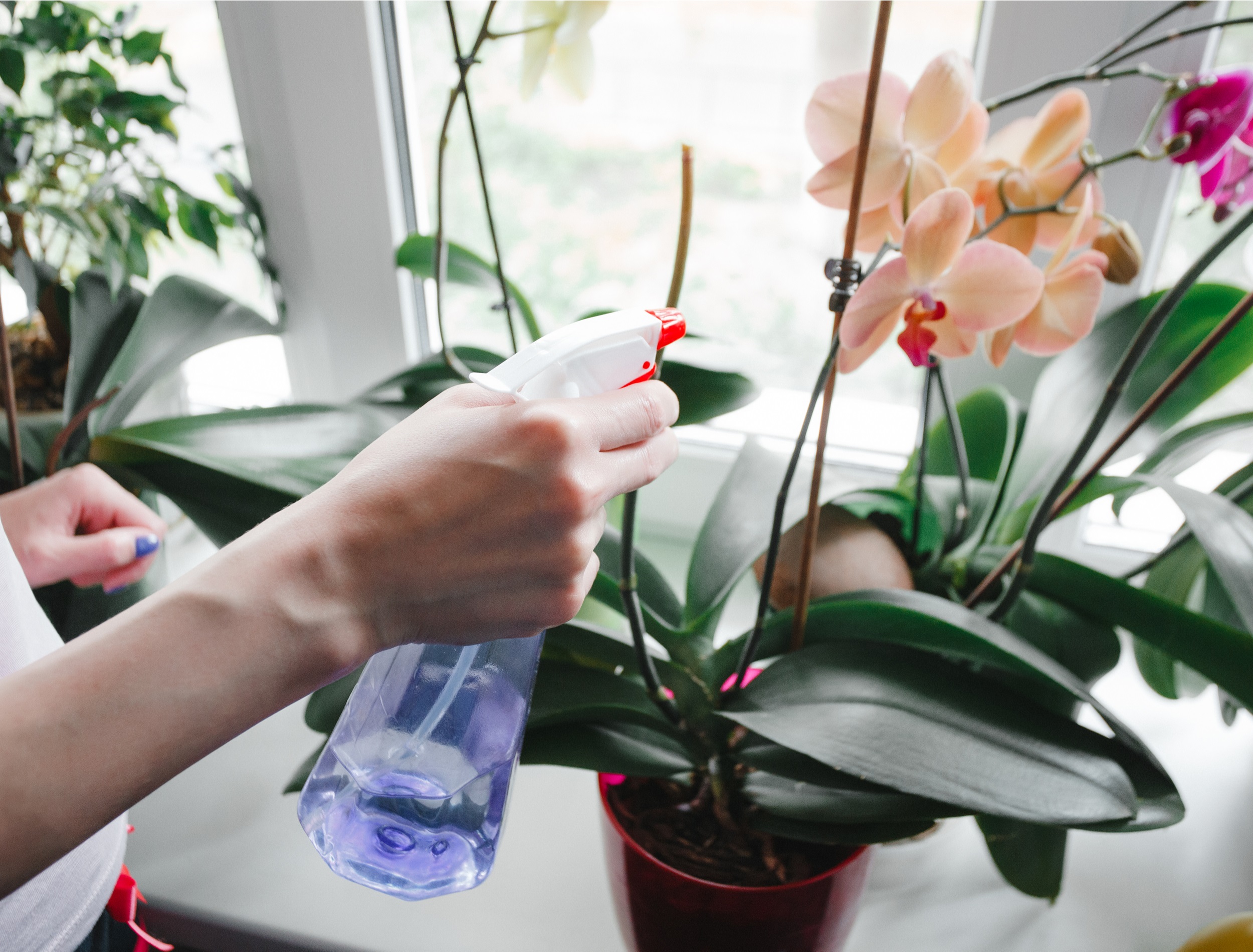 Orchids are a popular houseplant because they’re beautiful, and they can be easy to care for if you water them the right way. How often you water your orchid will depend on the climate where you live, the potting mix you use, and the size of your orchid.

When it comes to watering orchids, there is no one-size-fits-all answer. As mentioned above, the frequency with which you water your orchids will depend on a number of factors, including the type of orchid you have, the size of your pot, the climate you live in, the time of year, etc.

With that said, here are a few general guidelines to help you determine how often to water your orchids:

How To Know When to Water Your Orchid

When it comes to watering orchids, the best way to know if they need water is to stick your finger into the potting mix about an inch deep. If the mix feels dry, it’s time to water. If the mix feels moist, wait a few days and check again before watering.

It is equally as important for your orchid pot to have drainage holes in the bottom so that excess water can drain out. Be sure to empty any saucers or catch basins after watering so that your orchid doesn’t sit in water.

Overwatering is just as bad as under-watering when it comes to orchids, so be sure to err on the side of caution. If you’re not sure whether or not your orchid needs a drink, it’s always better to wait a few days and check again. Your orchid will thank you for it!

The Dangers Of Overwatering

One of the most common mistakes made when caring for orchids is overwatering. It can cause a variety of problems for your orchid, including root rot, fungal diseases, and leaf drop. In extreme cases, it can even kill the plant.

How can you tell if you’re overwatering your orchid? Here are a few signs to look out for:

If you see any of these signs, it’s important to take action immediately. Cut back on watering and make sure the plant has good drainage.

In general, it’s best to underwater your orchid. Allow the potting mix to dry out completely between each watering. And when in doubt, check with a professional!

History Of The Orchid

Did you know that orchids have been around for 200 million years?

The first fossilized remains of an orchid were found in northwestern United States and date back to around 15 million years ago. But, it wasn’t until much later that humans began to cultivate these lovely plants.

Orchids were first mentioned in writing by Theophrastus, a Greek philosopher who lived in the 4th century BC. He described them as “exotic and strange” flowers that grew in the wild.

It wasn’t until the 16th century that orchids began to gain popularity in Europe. By this time, Spanish and Portuguese explorers had brought back many exotic plants from their travels to the New World.

Orchids quickly became a symbol of wealth and power and were often given as gifts to royalty and other important figures.

Today, there are over 25,000 species of orchids! They can be found in all sorts of habitats around the world, from tropical rainforests to deserts.

And while they’re still considered a luxury item, you don’t have to be rich and famous to enjoy these beautiful flowers. Orchids are now widely available and can be found in many homes and gardens.

So, the next time you see an orchid, take a moment to appreciate its long and fascinating history.

Remember What You Learned!

So, how can you know when to water your orchid? There’s no one-size-fits-all answer! Keep in mind that these tips are generalizations – every orchid is different, so you may have to adjust depending on the specific plant. Do you have any tips or tricks? Let us know in the comments below!

9 Ways to Design a Garden with Hostas

Our Guide to Harvesting Blueberries

5 Ideas For Your Best Backyard Entertaining

5 Common Weeds To Watch For in Your Garden