How To Determine How Much Mulch You Need - Backyard Boss Skip to content
We are reader supported. External links may earn us a commission. 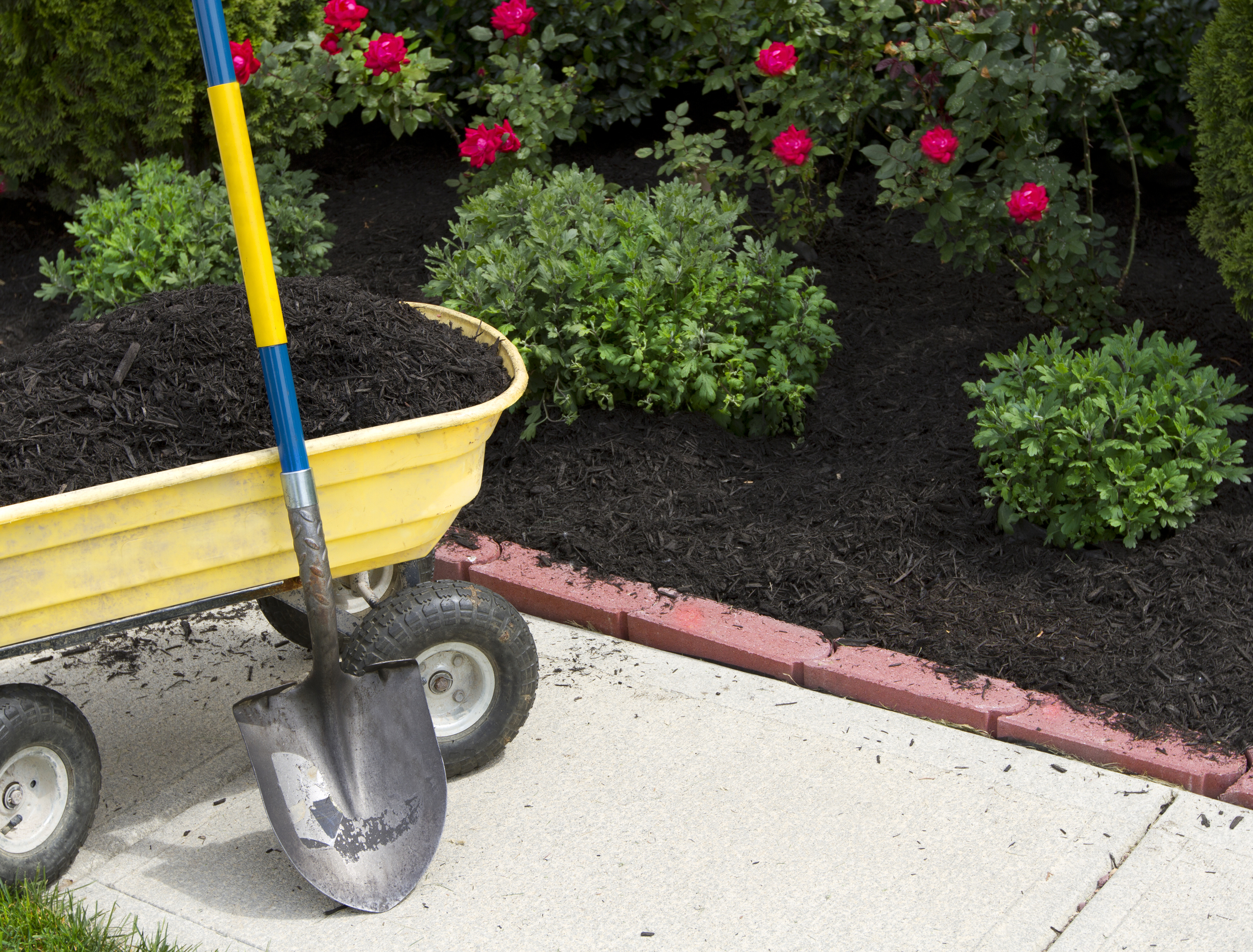 Adding mulch to your garden will suppress weed germination and growth, retain moisture in the soil, create a habitat for soil life, and stabilize the soil conditions at the root zone of your plants. The result of these benefits is that the gardener can spend less time maintaining their garden!

If you’re new to mulch in the garden, you may be wondering how much mulch you need. Here’s the answer in two words: it depends. While that’s one of the more infuriating answers you can receive to your questions, we won’t leave you hanging. Let’s dive into what this all depends on so you have the knowledge to determine how much mulch you need.

The first thing you need to do is determine what you’re up against. If you’ve never mulched your garden, you’re probably looking at a lot of bare soil that may even be compacted in certain areas. If this is the case, you will need a fair amount of mulch. You may even need to consider rejuvenating your old garden from the soil up.

The fact is that any garden in any climate will benefit from a thick layer of mulch. However, there are scenarios where using mulch is extra beneficial. A desert climate, for example, is harsh. That hot sun beating down will quickly bake your soil. To prevent this, a thick layer of mulch before the hottest season will keep the soil temperatures down and help your plants survive the heat by retaining moisture where your plants need it: their roots.

On the other end of the scale, climates with harsh winters also benefit from mulch. In this situation, mulch keeps the soil warm enough through winter to sometimes prevent freezing below the soil line.

We can learn from these two scenarios from opposite ends of the temperature spectrum that a layer of mulch can help regulate and stabilize the soil beneath it.

Mulch is organic matter. Organic matter breaks down and becomes soil. It’s been observed on properties that regularly use mulch that the soil level will rise as you create new topsoil in your garden.

It is an excellent result for environmentally conscious gardeners out there, as the loss of topsoil could have devastating effects on humanity in the decades to come.

If you’re not interested in raising the level of your topsoil in the years to come, only use enough mulch to cover the surface of the soil, no need to pile the layers on. Or choose a mulch that takes longer to break down, like larger particle wood chips.

Ruth Stout, an old legend in the organic gardening world and sometimes considered the grandmother of mulch, had clear views on mulch. When asked how much mulch you should add to your garden, her answer was “More”.

The thing about mulch is that no matter how much you pile on, it will all eventually break down. The dangers of too much mulch are almost non-existent when compared with the dangers of not enough mulch. So if you’re unsure, add more.

It’s pretty difficult to mess up mulching your garden, but timing it right could have more benefits than simply mulching whenever you feel like it. As mentioned earlier, mulching your garden before the harshest season in your climate will help your plants survive said harsh season.

It’s also a good idea to add mulch to any freshly planted plants, as a way to give them a good start to life. Adding more mulch whenever your current layer starts getting thin is a good idea, and you need more mulch if patches of bare soil are starting to show up.

One of the biggest dangers of mulch comes with incorrect placement. The trunks of any trees or plants should be free from mulch. This will prevent the trunk from rotting or developing mold, and also reduces the amounts of critters that will attack any trunk they can get their teeth on.

When mulching a plant, make sure there is always a ring around the trunk of each plant that is mulch free.

Widely considered the best mulch for gardens is straw. It’s important to note that hay and straw are not the same things. Hay contains a nutritional value in the plant matter, as well as seeds that many animals feed on.

Straw, on the other hand, has very little nutritional value and should be mostly free of seeds. On a cellular level, straw is very similar to wood. You want a straw in your garden, not hay.

If you don’t have access to straw, you can use a huge range of organic matter as mulch. Leaves, grass clippings, prunings, even wood chips. Be careful with wood chips, though, as there are reports that wood chips in your garden will lock up nitrogen which prevents this nitrogen from making it to your plants. The jury is still out on this, though, so feel free to experiment.

If you have access to a wood chipper, it’s a good idea to chip any larger plant matter into smaller, more manageable chunks before using them as mulch.

The bottom line is this: mulch, of any quantity within reason, is good for your garden. The amount of mulch you use may depend on how much mulch you currently have access to. If you have an unlimited supply, choose to add a thick layer of mulch to your garden before the harshest season in your area and maybe again just before the growing season.

All organic mulch will eventually break down and be quicker than you think. So adding too much mulch is not a thing. Adding too little mulch can be problematic, as any bare soil should be covered with at least a thin layer of mulch for best results.

Landscaping Ideas for Around Your Deck

10 of the Best Fall Landscape Ideas

How to Build DIY Cornhole Boards