How To Fight Blossom End Rot on Tomato Plants - Backyard Boss Skip to content
We are reader supported. External links may earn us a commission. 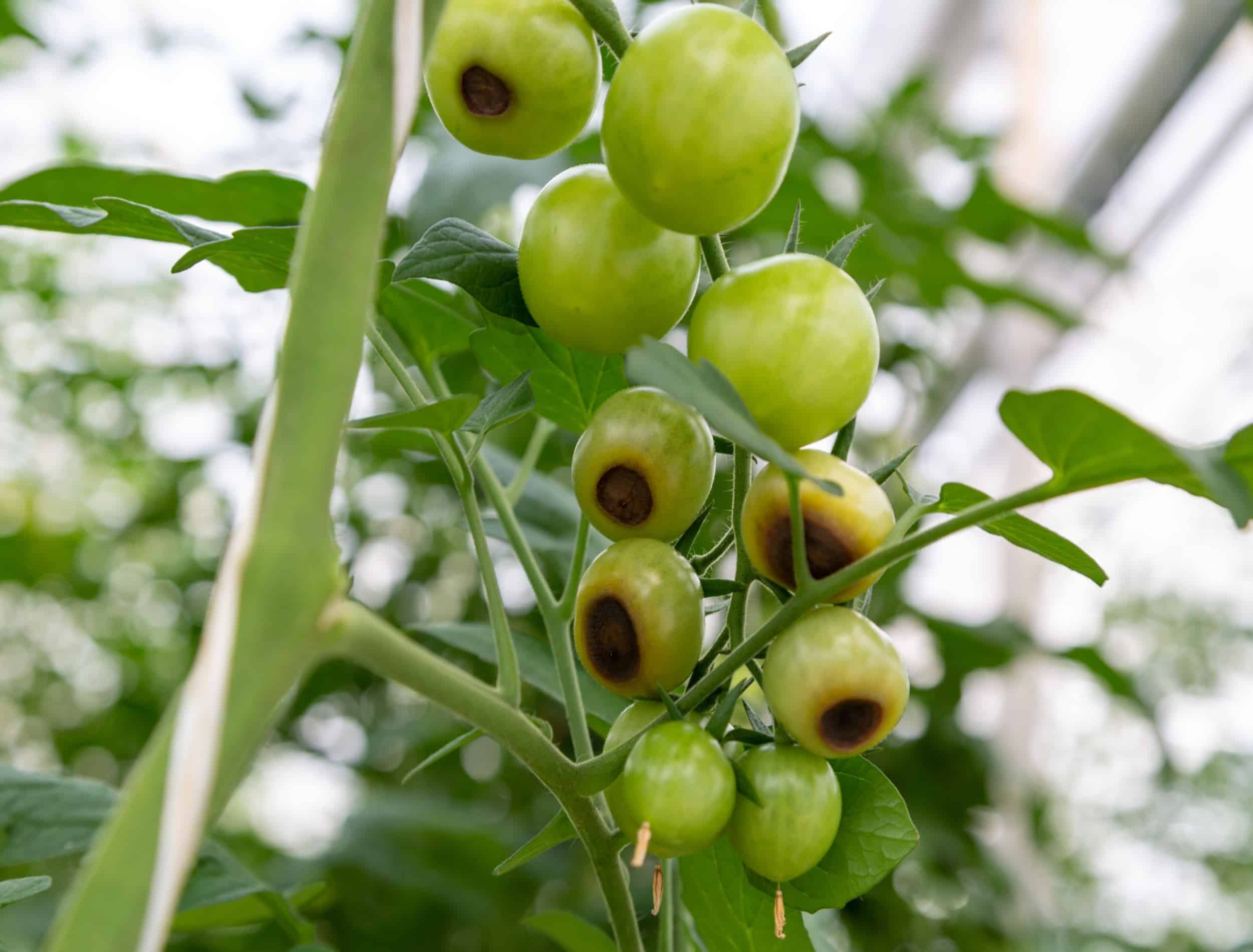 Tomatoes are one of the most productive veggies to grow, especially if you’re dipping your toes into the gardening scene. Nutritious, flavorful, and high in antioxidants, there’s much to gain from growing them in your garden. However, the fruiting plant comes with its challenges notably, blossom end rot or BER. Blossom end rot is a physiological disease that affects the fruit of the tomato plant, which can render it inedible and subsequently a loss in yield.

Interestingly, BER has been documented for over 120 years with the earliest investigations dating back to 1896 by the Ohio Agricultural Experimental Station Bulletin. It was noted then to be a rot produced by a ‘pink mold fungus’ and a result of inconsistent watering. However, further research has uncovered the unseen initiators of BER and how you can prevent it from attacking your tomatoes.

A calcium deficiency starts BER in the soil. Specifically for tomato plants, calcium enhances pollen germination; regulates several enzyme systems and influences the growth and health of cell walls and tissues. There are several factors that can determine how susceptible a tomato is to developing BER. These range from elements in the soil to genetic factors.

Ammonium-based fertilizers and elements such as boron, magnesium, potassium, and sodium hinder a tomato’s calcium uptake. This increases the likelihood of BER infection, especially at the bottom end of the tomato because calcium is a relatively dormant element and relies on water flow.

Any hindrance of water uptake because of competition with other elements obstructs the transportation of calcium, which is critical for the plants’ membrane stability and the cellular responses to confront blossom end rot.

Studies have found that these regulators speed up fruit growth, which causes an increase in BER. This is because sped up growth rates create stress for tomatoes, especially at their ends, which leads to lower calcium uptake. Conversely, slow fruit growth has been associated with less frequency of BER.

Researchers have found an association between fruit size and shape, and blossom end rot onset in tomatoes. Tomatoes with elongated shapes, like banana legs and San Marzano, are more prone to BER than rounder varieties. This is most likely because of the reduced number of plant tissue to transport water and calcium to the far end of the fruit.

A genetic basis for blossom end rot has been observed in the introgression lines (ILs) for certain tomato varieties. The ILs investigated were IL8-3 comprising the genetic segments of Solanum pennellii, a wild tomato species, which introgressed into M82 Solanum Lycopersicum – also known as the common tomato plant.

It was revealed that blossom end rot incidence was less prevalent in the IL8-3 than in M82. This suggested that IL8-3 lines have genes that better manage the concentration of calcium and growth rate in the early stages of fruit development, which, as aforementioned, play a role in blossom end rot infection.

How to Identify Blossom End Rot

You can observe early signs of BER on the blossom end of the fruit between the second and fifth weeks after pollination. In its initial stages, it will appear as small lightly colored spots on the tomato’s flesh, however, the rot can also affect the internal placenta tissue, which takes much longer to be visible. As BER develops, it turns brown and watery and expands over a large portion of the tomato fruit. The spot then turns into a darker brown or black color with a leathery look and feel.

Affected portions are vulnerable to infection by secondary fungal species such as saprophytic fungi which feed on the dead matter – signaling your tomato’s fate.

1. Add Fertilizer to Your Soil

A tomato plant’s roots absorb the water and nutrients from the soil. Since BER is a mineral absorption problem, it’s best that you don’t disturb your plants.

Roots can experience stress when you attack the ground near them, so if you decide to perform maintenance around the plant, tread lightly. Weeds are a common maintenance issue that you can remedy by laying mulch around your tomato plant.

3. Manage Soil pH Prior to Planting

Test your soil pH and keep it between 6.2 and 6.8 which is slightly acidic. Soil that is either too alkaline or too acidic has fewer nutrients available. In proper pH will also stress out your plants.

How to Fight Blossom End Rot

Unfortunately, once those brown spots show up on the bottom end of your tomato, there’s no saving it, as it is already infected. Here are steps you can take to save your next tomato harvest and avoid this annoying disease:

Fortunately, blossom end rot isn’t contagious, so you can remove the infected fruit without worrying about contaminating other tomatoes. Blossom end rot also doesn’t affect the tomato plant, so by removing infected fruits you have another chance of growing disease-free tomatoes.

Step 2: Enrich Your Soil With Calcium

Next, tend to your soil and address what could be hindering your tomato plants’ intake of calcium. You can address these issues by adding crushed eggshells or calcium antacid tablets into the soil. Water generously to allow the plant to absorb the calcium.

Tomatoes need daily watering, especially in their early days because under watering or inconsistent watering leads to blossom end rot. You can maintain even soil moisture levels by layering on straw and mulch.

Avoid BER Before It Starts!

Blossom end rot is like something out of a horror film; your warm-toned tomatoes seemingly maturing only to bear the darkest rot at their ends. With a greater understanding of this disease, it’s clear that it is preventable and fortunately containable. This means that your harvest and plant won’t totally suffer from calcium or moisture deficiencies, so long as they are addressed.

Hopefully, this tutorial has helped you understand blossom end rot and how to prevent it from affecting your tomato plants. Let us know what you think in the comments down below and don’t forget to share it if you liked it.

All About Strawberries: Your Favorite Red Fruit!

The Best Fruits and Vegetables to Harvest in August

27 of the Best Winter Squash Recipes You Can Find

Scroll back to top
78shares