How to Make Jerky in a Smoker - Backyard Boss Skip to content
We are reader supported. External links may earn us a commission. 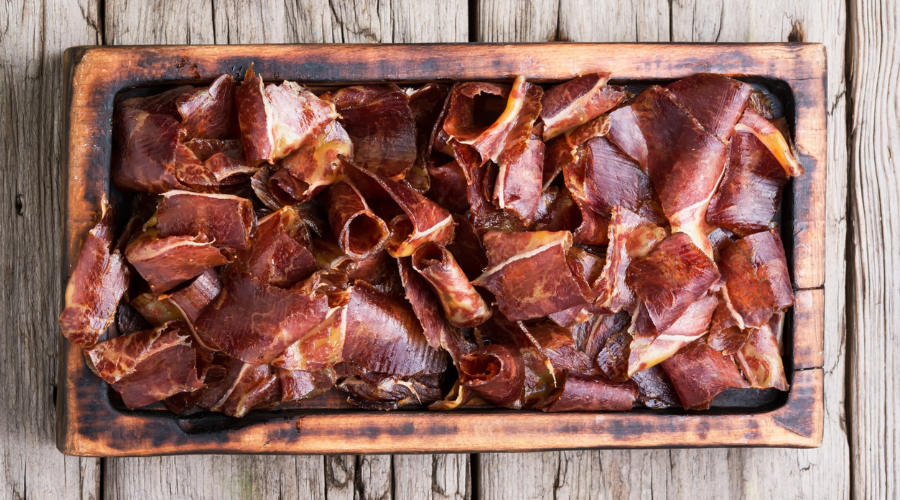 One of the best things about owning a smoker is versatility. Just about any meat can be smoked, and jerky is a great way to conserve tougher parts of meat not normally consumed. It’s perfect for a snack, a high-protein source of energy, and you can store it as one of your emergency food supplies.

We’ve been smoking food for a long time, and thanks to that we know almost everything about it. I have tried many smokers in my life, and the one that allows me to smoke the best beef jerky is Camp Chef 18 Inch Smoke Vault Propane Box HD Steel and Stainless Door Smoker. However, most smokers will allow you to smoke it well!

Step-By-Step Guide On How To Smoke A Jerky

Store-bought jerky can be expensive so this is a perfect way to put your smoker to use. The jerky, which can be made from just about any type of animal meat, is first cured to eliminate any bacteria and preserve the meat, then smoked in your meat strips. Below we’ll discuss the technique in detail so you can get started on your jerky.

Step 1: Choose and Cut Your Meat

It’s generally good to get lean meat since the jerky will stay more flavorful and last longer with less fat. It should be cut into thin strips of meat with the grain. This will make the jerky smoke faster and make it easier to pull apart. There are many jerky recipes, but we recommend using beef slices, and if you want your beef jerky to be really thin use a sharp knife.

Curing the jerky can be done with either a store-bought mix, and there are many out there, or using your own marinade recipe, which is probably cheaper and more fun since you can alter the tastes and experiment with different flavors. Most curing marinades are usually made from some sort of mixture that contains sodium (such as soy sauce, Worcestershire sauce, and kosher salt) and either a sweet flavor to balance out the salt (like pineapple), brown sugar, black pepper, pepper flakes, or just simply garlic and spices. 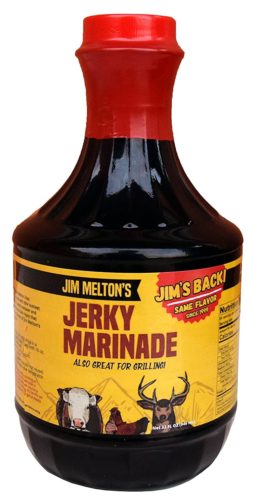 For traditional hickory-smoked jerky flavor, this is one of our favorite marinades.

Grab it on Amazon

The mixture will need to be marinated overnight, or even better, at least 24 hours in a ziplock bag. This tenderizes the meat and allows any bacteria to be killed while soaking in the mixture, which is important since the meat won’t technically be “cooked.” You should turn it over at least once to ensure the meat is completely marinated on all sides.

If you’re not using a traditional cure and marinate method, you’ll need to cook the homemade jerky in the oven first before smoking in order to kill the bacteria. It is highly recommended that either the proper amount of salt is used to cure the jerky be used, or that it is dried in the oven for a while first, or a combination of both, in order to avoid any foodborne illness.

Once your meat is prepared and ready, it’s time for the fun part: picking your wood chips! This is where you can get creative and that’s how you can get really smoky flavor. The right combination of wood chips will alter your jerky taste in unexpected ways, allowing you to create some interesting and super flavorful cuts of meat. Hickory and mesquite chips are a good place to start. Try not to add too many wood chips, as it will overpower your meat.

Cooking times can take a couple of hours, varying from 3 to 12 hours, and depending on your smoker, the amount of jerky, meat thickness, and wood chips. It may take a few trial runs to figure out the right combination of cooking time/amount of wood chips for your jerky, but once it’s fine-tuned you’ll have a tried and true method that can be used every time for making jerky. 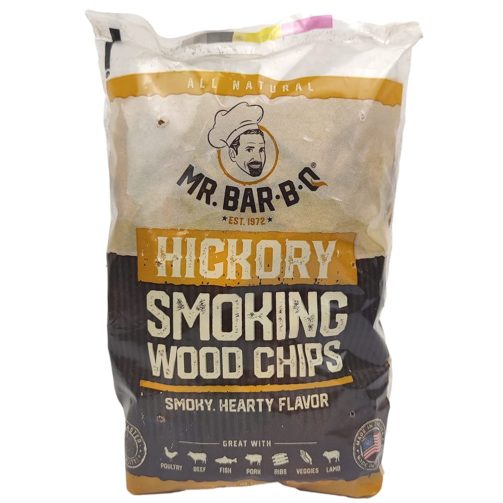 These are high quality hickory chips for smoking.

Grab them on Amazon

225 degrees is the generally recommended temperature for smoking, but the jerky can be slow-cooked at a lower temperature as long as it stays in the electric smoker for longer. If the temperature is up too high the jerky will dry out too much and be tough and inedible. Once it’s done, just take the finished product out and put it on paper towels to cool down, and store it in an airtight container.

Is Jerky A Healthy Snack?

The short answer is yes – jerky is a healthy snack. We can consider it a healthy product because it is high in protein and low in fat and carbs. If we look at one ounce (28 grams) of beef jerky, it has 9.4 grams of proteins and only 7.3 grams of fat, and 3.1 grams of carbs. It is also rich in other healthy minerals, such as zinc and iron.

However, it is very high in sodium. One ounce of beef jerky can contain as much as 22% of your daily sodium allowance. Sodium in high doses can be very harmful to your health. It can cause, for example, heart problems, including a stroke.

To sum up, since jerky has a lot of proteins and not much fat or carbs can be considered as a healthy snack. Just keep in mind that it is also rich in sodium which is not good for your health in high doses. Jerky is best consumed in moderation.

Jerky strips are not only a healthy snack but also do not require a lot of knowledge or skills to make them. All you need to do is find high-quality raw meat, cut it into slices, pour in a tasty marinade, and smoke. The smoking process can take up to few hours, but it is worth waiting if you want to get a tasty and chewy jerky. Don’t be afraid to experiment, using different meat, marinades, and smokers to find the best jerky recipe!

Jerky is high in proteins and low in carbs and fats. It is also rich in minerals. Those factors make it a healthy snack, but it also has a big amount of sodium. Because of that be careful, cause jerky consumed in high doses can be harmful to your health.

Lawn Care Tips: Year Round Maintenance for a Healthy Lawn

How To Prepare Your Garden Bed For Fall