How to Make White BBQ Sauce (Straight from Down South) - Backyard Boss Skip to content
We are reader supported. External links may earn us a commission. 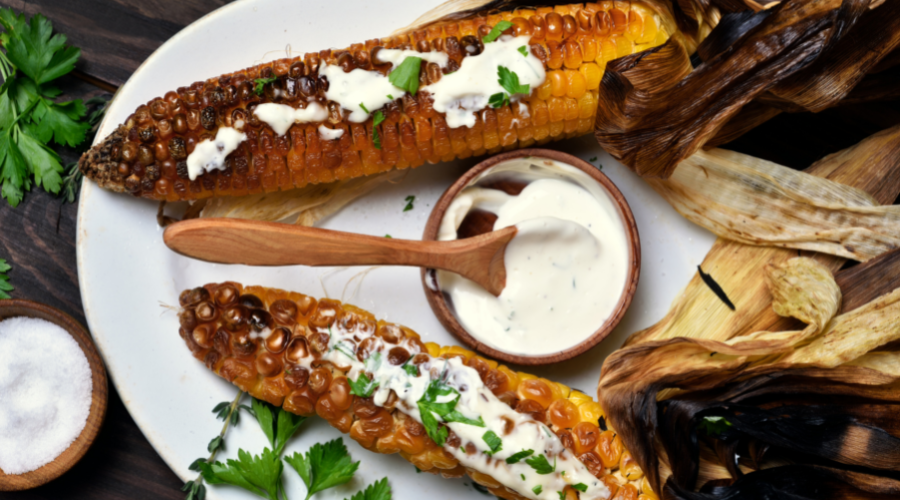 As a sweet and tangy alternative to the traditional sauce, white barbecue sauce is quickly becoming a favorite. The recipe hails from the south, where delicious BBQ has become an art form. With tasty flavors of lemon and pepper, white homemade barbecue sauce will be a hit on chicken, beef, fish, or veggies. It is easy to make and just takes about five minutes to whip together.

Traveling through parts of Alabama and Mississippi, one can taste the absolute best in barbecue restaurants. There they have created some of the most scrumptious and interesting dipping sauces in the world. One of the most popular creations is this sauce with a mayonnaise base instead of the standard tomato base in traditional barbecue sauce recipes. This particular recipe comes straight from the smoke country in Alabama.

In a large mixing bowl, simply add all the ingredients together and stir until the ingredients are completely combined. There’s no trick and no time investment in this fantastic sauce. You can play around with this recipe as well. For instance, if the taste is too sweet, add a bit more lemon juice, pepper, kosher salt, or brown mustard. Yellow mustard will work fine too. However, if the taste is overall too strong, cut it with a little more mayonnaise, or add brown sugar.

This recipe will yield about 3 cups, perfect for small gatherings. If you want to make more and keep it in the fridge, it will stay delicious for up to three weeks.

Some BBQ lovers demand a bit of heat and fire to their smoked meats. This recipe is just as yummy when a little hot sauce is added. The color also becomes a little pinker, which is great because guests can literally see the hearing. Just remember, the more hot sauce you add, the less the original taste will be preserved.

You can also experiment with different flavors and ingredients:

Instead of white vinegar, apple cider vinegar is delicious. Horseradish pops up as an ingredient in some new recipes. This gives heat and extra kick to the sauce without changing the color.

½ cup corn syrup also pops up in newer recipes. This cuts the tanginess and gives an overall sweetness to the sauce. Though it sounds delicious, it isn’t exactly the flavor of the traditional southern BBQ sauce. If corn syrup is added, be sure to cut down on the amount of white sugar used. Otherwise, you will have nothing but a sugary mayonnaise soup that no one will go near. Molasses is a smokey alternative to corn syrup.

White Sauce As A Baste

This mix is a delicious baste as well. To use the sauce as a baste, simply prepare the sauce as described above but instead of allowing meats to sit and soak in the sauce, as one would do with a marinade, brush the sauce over meats right before sticking on the grill.

White Sauce As a Dipping Sauce

There’s no better BBQ side dish than a few roasted potatoes or grilled veggies. Keep the white BBQ sauce out as a dipping sauce for these sides as well. The tanginess of the lemon and vinegar bring out the natural flavors of veggies. The sweet flavors also complement potatoes and even rice.

Sauces from Around the Country

We’ve written tons of articles about our favorite BBQ sauces from around the country, such as how and when to apply BBQ sauce, or Memphis-style BBQ dry rub and sauce recipe.  However, this stop in Alabama is really one of our favorites. It’s easy to make and can bring some fresh air to your barbecue. As with any sauce recipe, stick to the fundaments, but don’t be afraid to experiment! At the end of the day, you are the one who will enjoy its taste!

Your Guide to the Best Grill Covers of 2020

How to Remove Rust From BBQ Grill Grates

How to Choose the Best Smoking Wood