How to Remove Rust From BBQ Grill Grates - Backyard Boss Skip to content
We are reader supported. External links may earn us a commission. 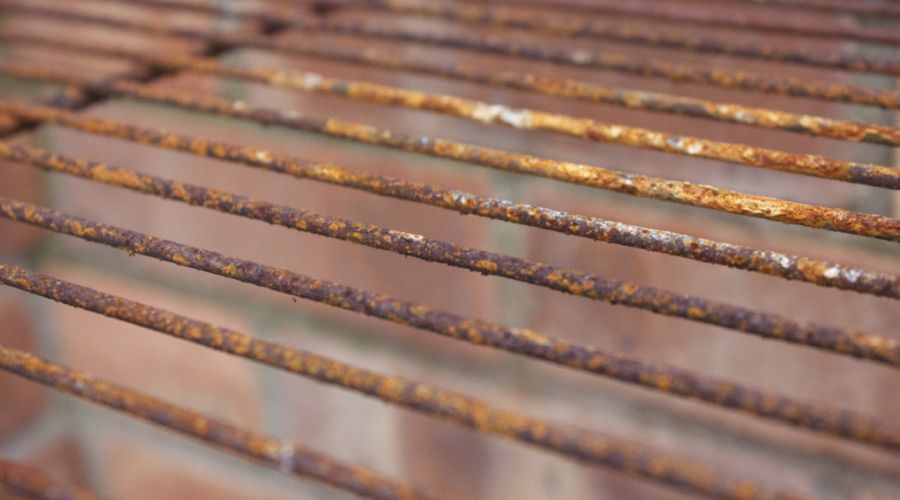 Barbecues require continual maintenance to prevent rust. When they sit for long periods of time in climates that alternate between dry and humid, they have a tendency to become rusty. Dirt, dust, and other particles often crust onto the structure also, making the rust problem worsen. Most barbecues only have rust on the surface, so with proper technique and chemicals, they may be removed. 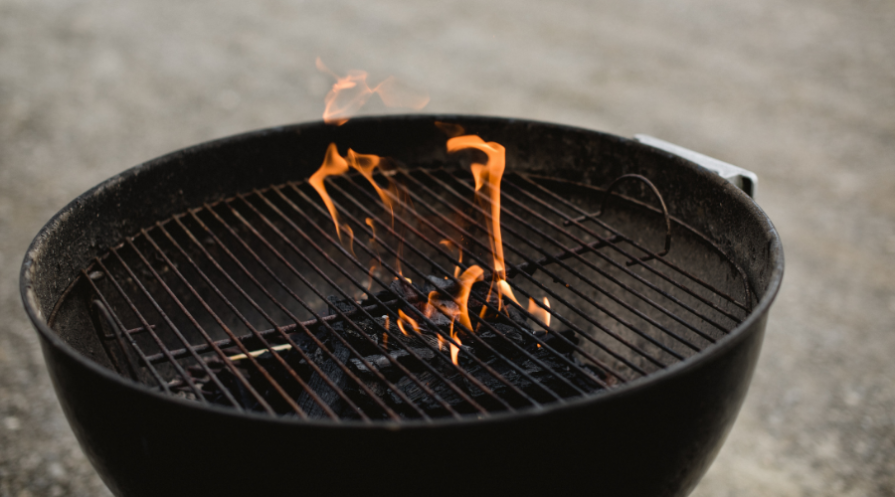 For simple surface rust, the best removal method involves heating the barbecue and then cleaning it with ammonia. After lighting a fire and allowing it to burn for about 30 minutes, put it out and allow the unit to cool until it is still warm, but not too hot to handle.

Mix about one cup of ammonia with one gallon of warm water in a large bowl. You can also try to add a little bit of white vinegar, baking soda, or lemon juice.

Use steel wool or scrub brush to clean the barbecue components, wearing rubber gloves during the process. If possible, disassemble the pieces that make up the barbecue unit, scrubbing them individually. 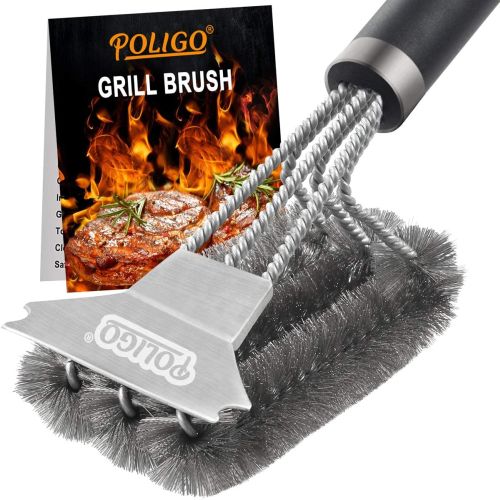 Need a quality brush and scraper for cleaning your BBQ? This tool from Poglio uses safe wire stainless steel and is perfect for your infrared, charcoal, porcelain, or gas grill.

Most surface rust will come off with a mixture of heat, ammonia, and scrubbing. Rinse the barbecue parts well after scrubbing, then allow them to dry in the open air before assembling them again.

If the previous method doesn’t work for removing rust, it will be necessary to use something stronger to clean the barbecue. Once again, heat the unit and allow a fire to burn for about 30 minutes; after this, put the fire out and let the barbecue cool until it is cool enough to handle.

Prepare a large bucket or tub filled with hot water, TSP powder, and a small bit of simple green. It will also be necessary to mix a separate bottle of simple green cleaning solution and water, as directed on the back of the container.

Place the disassembled parts of the barbecue in the tub with the cleaning solutions. Allow it to soak for about 30 minutes. After this time, take the pieces out and spray the simple green diluted cleaning solution on each one. Use a scrub or wire brush or steel wool pad to scrub the rust areas off the pieces.

Rust that won’t come off with either of the previously mentioned methods will require a much stronger and toxic chemical. Using Navel Jelly according to the package is one of the best ways. Even tougher rust may be removed by applying Calcium Lime Rust Remover, commonly called CLR. Both of these commercial rust removers prove successful results in removing rust that has gone below just the surface of the metal.

A barbecue should never be allowed to become this badly afflicted with rust again. Proper steps for maintenance and care are necessary to ensure that rust will not return, or if it does, that it will be caught while it is still on the surface and easy to remove with a grill cleaner.

How to Keep Your BBQ Grill Grates Rust Free

Rust is very difficult to prevent from a barbecue. Normally acrylic may be painted on to prevent rust on cast iron grill grates surfaces, but since it would melt and emit noxious and harmful fumes, this is not possible.

To prevent rust on a barbecue, the best suggestion is to keep it away from extended exposure to moisture. This may be nearly impossible to keep it dry all the time in humid climates. If this is the case, it should be cleaned and scrubbed routinely to make sure the rust won’t accumulate, then allowed to dry thoroughly and stay dry for at least a day.

Keep the pit of it clean, also. Leaving dirt and residue in the bottom mixed with moisture may cause rust below the surface of the ashes or dirt.

One of the most important parts to keep clean is the grate or rack where the food is cooked. The easiest way to keep the rust away on these is to apply a good thick coating of grease while the unit is not in use. Vegetable oil or shortening is best to use for this.

No one wants to grill food with plenty of rust on their cast iron grates. Getting rid of it is crucial if you want to have not only tasty but also healthy food. Start the process by heating up your grill grate. If the rust isn’t too persistent you should be able to easily remove it using a mixture of ammonia with lukewarm water. If not, you will have to use another mixture that contains hot water, TSP powder, and a little bit of simple green. If the rust is extremely difficult to remove consider applying Calcium Lime Rust Removal.

The best way to get rid of rust is not let it to create on your grill grate in the first place. The best you can do is to keep it away from extended exposure to moisture. To achieve that remember to clean and scrub it routinely after, and before using your grill.

99 Ideas for the Backyard: Inspiring Landscaping for Your Property

Scroll back to top
2shares