How to Sauté Vegetables on the Grill - Backyard Boss Skip to content
We are reader supported. External links may earn us a commission. 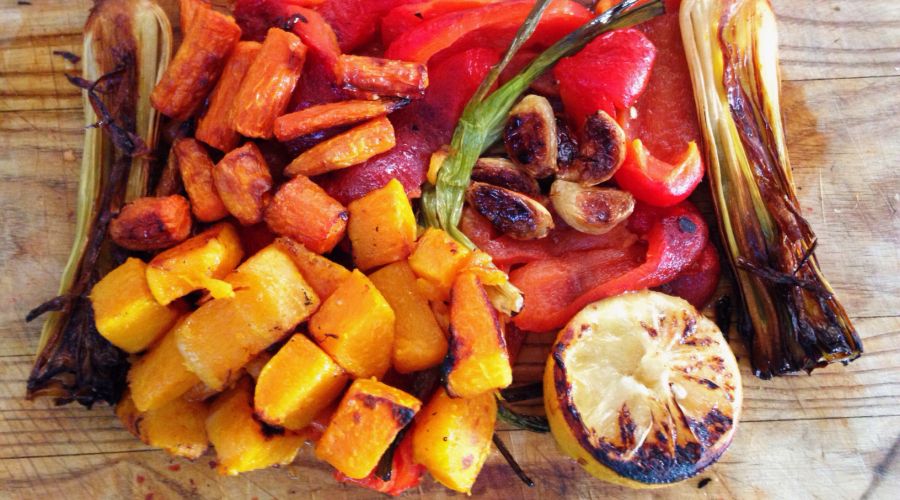 Most barbecue enthusiasts have no problem with preparing steaks, burgers, and hotdogs on the grill. Many have difficulties when it comes to preparing tasty and healthy grilled vegetables.

Although it is possible just to throw the vegetables on the grill and hope for the best, in reality, you will have much better results if you know how to prepare different types of vegetables in a way that brings out the best of the flavors. There are plenty of different ways to prepare vegetables, and saute them on the grill is just one option.

A Few Ways To Cook Various Vegetables On The Grill

This is one of the easiest and tastiest vegetables to cook on the grill. Simply brush the asparagus in olive oil or any nonstick cooking spray, and then season with salt and pepper. While it can take up to 25 minutes to achieve the soft stems that so many people love, there is very little work involved. Simply turn them over with tongs after 10 minutes or so.

Few barbecue masters are familiar with the idea of sauteeing vegetables on the grill, but it can be done as long as you have a pan that will heat when placed on the grill. Not all pans are suited for this, so check before you ruin the bottom of a good pan. Cast iron skillets are a great choice if you have one.

Heat the pan over the grill or barbecue and then pour in some oil, using whatever you prefer the taste of. Vegetable oil or grapeseed oil generally have the highest burning points, which is a good thing when using the grill. Once the oil is heated, add in any mixture of diced vegetables.

Anything you enjoy can be used here, but favorites include diced, or green onions, mushrooms, bell peppers, broccoli, cauliflower, or green beans. Simply use a spatula to keep the ingredients from burning in one spot, and let heat thoroughly for five to ten minutes. Serve the sautéed vegetables as a side dish for any barbecue meal.

Grilled Corn on the Cob

A traditional barbecue side dish is corn on the cob, which is much easier to make on the grill than you might imagine. Soak the corn with husks on for roughly an hour in cold water before you want to grill them. Peel the husks back but keep them on the corn, and then remove the silks as much as possible. Put the husks back around the cob and place them on the barbecue to heat up for anywhere from 20 to 35 minutes. Peel the husks back and top with butter, cayenne pepper, salt, or pepper for a delicious and healthy dish.

Although meat is often the major player at a barbecue, many people prefer to stick to a vegetarian diet. For these vegetable eaters, the main dish should still be hearty and satisfying. Purchase a large eggplant and several shitake mushrooms to provide a faux hamburger or just a tasty meal on its own for vegetarians.

Slice the eggplant into rounds and let it soak in a marinade of olive oil, vinegar, salt, pepper, and any other herbs according to taste. Do the same with the mushrooms, cutting off the stem but leaving the cap whole. Simply place these vegetables on the hot grill, creating attractive sear marks and allowing the smoky flavor to permeate the food.

For a unique twist on a burger, serve the mushroom cap on a hamburger bun and top with all the traditional ingredients like ketchup, mustard, cheese, and lettuce.

If you want to have something different than meat on your grill grate, vegetables can be a great replacement. However, preparing the perfect grilled veggies can be a challenging task. No matter if you plan on grilling asparagus, corn on the cob, eggplant, or sauteed vegetables you have to know how to do it properly. Go ahead and try preparing them using our tips to get the tastiest vegetarian grill ever!

The Best Smokeless Indoor Grill in 2021

The Fat Cap Debate: Up or Down?

How to Cook Meat with Dry Rubs