How to Set Up and Play Croquet - Backyard Boss Skip to content
We are reader supported. External links may earn us a commission. 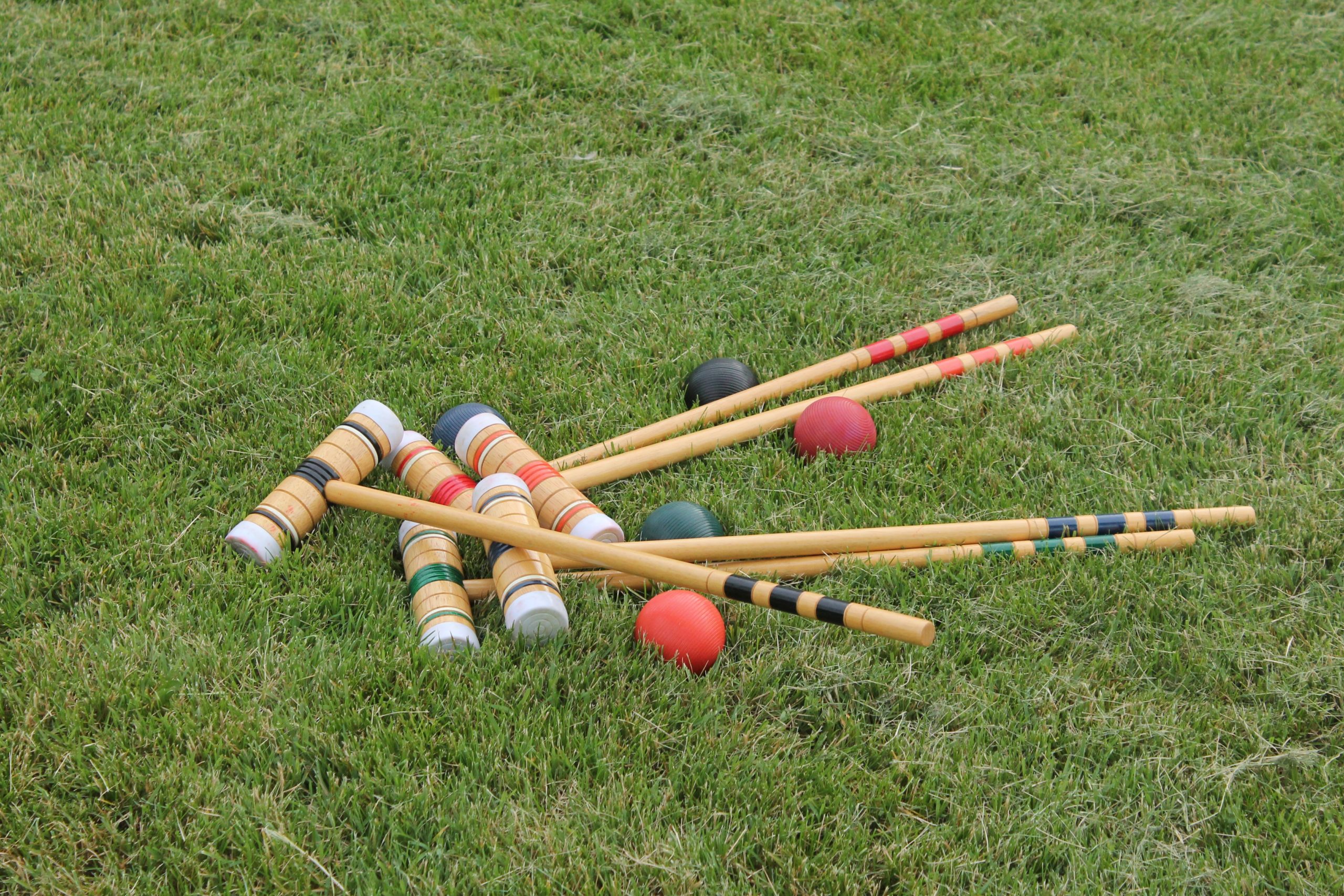 Here at Backyard Boss, we love spending our free time entertaining and playing backyard games. Since becoming widely popular in the United States, Croquet is a fun and simple sport that we are big fans of. You can play in teams of two and it is tradition (in England) to wear all white while you play. If you’ve never heard about it before, read on, while it does require some skill and strategy, you’ll see how easy it is to set up and play.

Croquet has made its way through history and still remains one of the best-selling backyard games. That’s why today I’d like to explain to you the rules of this game and show you how to create a Croquet court in your backyard. Thanks to that you will enjoy playing it with your friends and family anytime you want.

WHAT IS A CROQUET

Before we move onto the rules of this game, it’s worth briefly explaining what Croquet is. According to Britannica, Croquet is an outdoor game you can play, either on a lawn or a court. It’s played with long-handled mallets that players use to hit the ball through the series of wickets or hoops.

Originally Croquet evolved from another game called Paille-maille that was being played in the 13th Century in France. In the 16th Century, the game came from France to England. It was modified there, and the object of the game changed. Players now had to go through a series of six wickets that were laid out in a pattern in a particular order. And that’s how Croquet was born.

It became popular all around the world and nowadays it has many different variations. We’re not going to talk about all of them, instead, we will focus on the most popular version played in the United States which is called either nine wicket, or a backyard Croquet.

HOW TO PLAY NINE WICKET CROQUET

The reason why it’s also called a backyard Croquet is due to its simplicity. The rules of this variation are simple enough to quickly understand how to play it. Let’s explain the basic rules of the game so you can enjoy your afternoon competing with friends.

The game can be played with any number of the players from two to six, in teams or individually. In this article, we’ll discuss the version of the game when you play alone.

The objective of the game

The goal of this game is to score 14 wickets and two stakes in the correct order. The first player who does that is the winner.

All of the players have a colored ball and the mallet with the matching color. There are colors on the stakes from the top to the bottom, and they define the order of the play. The player starts his first turn with the ball between the finishing stake and the first wicket. Everyone has one hit per turn unless they get the bonus shot.

Rules Of The Game

HOW TO SET UP THE COURT

Setting up the court is very easy. There are just a few things you have to keep in mind to do it right. You will also need a couple of items to play it.

You don’t need many items to play the game. You can buy the required equipment either separately or as a set. The set that I use is reliable and perfect for both beginners and advanced players. You can find this Croquet set here.

The items needed to play the game:

The court should have 100 feet in length and 50 feet in width. If your backyard is too small, you can decrease the size of the court so it can fit the area of your yard.

Once you know how the court should look, I’ll guide you step-by-step on how to set it up. Prepare a measure, wickets, stakes, a hammer, and follow my instructions.

ARE YOU READY TO PLAY

Croquet is a fun, inexpensive way to spend your leisure time with others. It’s simple and doesn’t require you to invest a lot of time and money to set it up in your backyard. It’s a great option for many people to hang out in the fresh air.

Now when you know the rules and how to create a court you can enjoy the game. If you’re looking for the right equipment, we’ve created the list of the best croquet sets for your next backyard gathering. Go ahead and find the set that will suit your needs the most.

Let us know in the comments below when you set up your own court, and as always, please share!

6 Cover Crops For Your Raised Bed

Why You Should Stop Using Peat Moss

Should You Get Rid of Ants in Your Garden?