Box Blight: How to Identify, Prevent, and Treat This Common Disease - Backyard Boss Skip to content
We are reader supported. External links may earn us a commission. 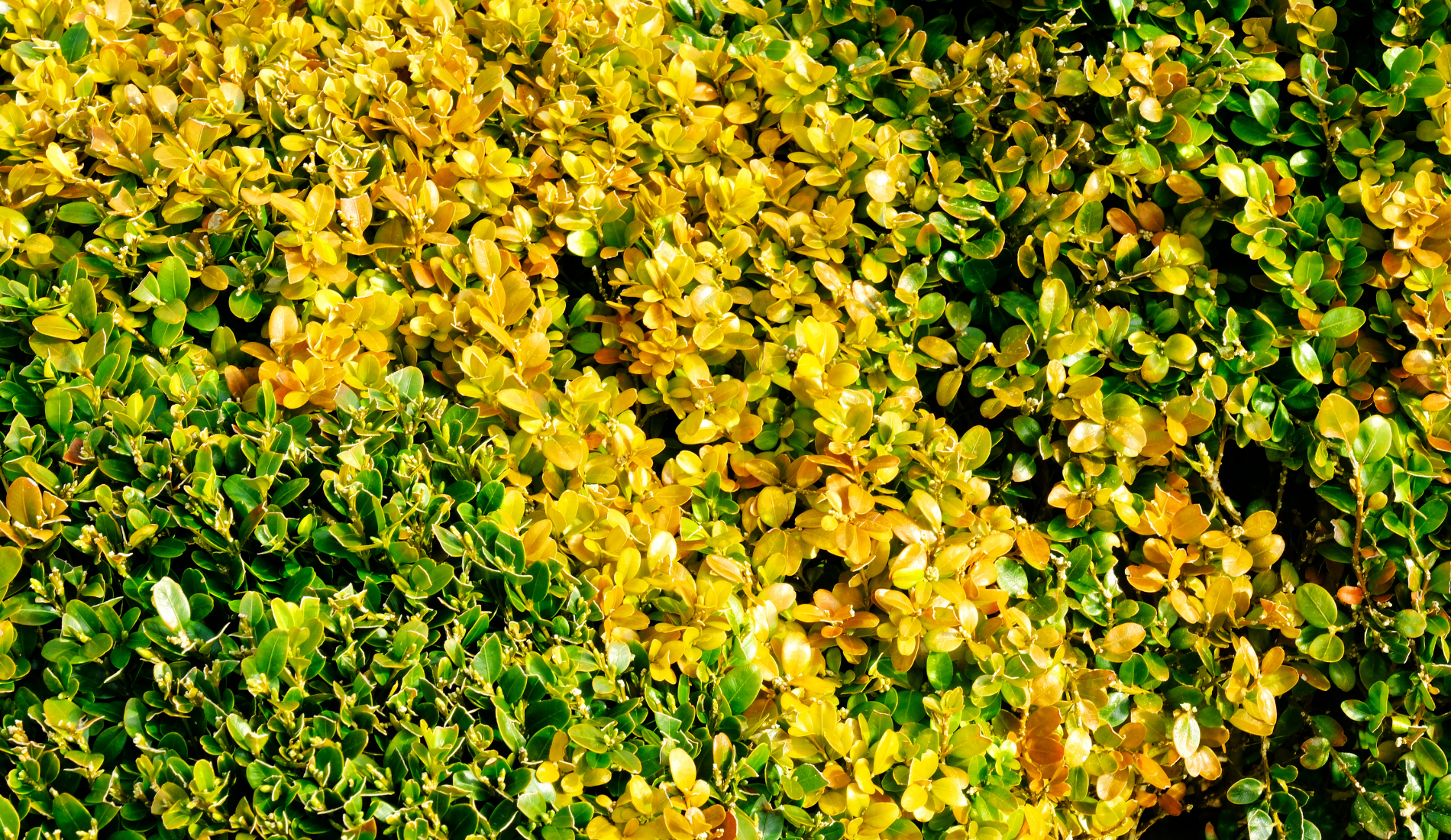 Box blight is the eternal enemy of box hedges, topiaries, and ground covers alike. People put a lot of time and effort into creating beautifully uniform box hedges and topiaries around their yards. These hedges take the form of flora art, and they make quite a statement in formal gardens.

You can be sure that box blight has arrived when you notice numerous dead spots in your box hedge. It happens multiple times until your formally beautiful hedge is marred by brown, dying leaves and streaky black stems.

While this might make you feel like packing up your garden tools and never stepping foot in a garden again, here’s some good news for you: box blight is treatable. And once you know what you’re up against, it’s preventable too.

Stick around to discover how to identify, prevent, and treat this common disease.

What Is Box Blight

First up, let’s understand what we’re up against. Box blight is caused by two types of fungi that are closely related. This fungus attacks Boxwood trees and related plants. In short, any plant in the Buxus family is susceptible to box blight.

Plants in this family are commonly used in formal box hedges and topiaries due to their easy-to-prune-into-shape nature. This formal use of the Buxus plant family makes box blight even more noticeable and devastating, as people put a lot of time and effort into creating these magnificent hedges.

How To Identify Box Blight

You may not notice box blight until you see dead patches in your box hedge. Unfortunately, it might be too late to save the affected plants at this point. However, if you spring into action, there may be hope for the rest of your hedge. The first thing to do is put those eyes to work and do a visual inspection.

Here’s what you’re looking for:

Now that you know what to look for, you can identify any plants that have been affected. The next step is to come up with a game plan to treat this disease so your hedge can get back to its former glory. It brings us to the tutorial where you’ll learn how to treat this common disease.

Step One: Remove The Affected Plants

Since box blight is a fungal infection, the infection spreads via fungal spores. These spores are microscopic and airborne, which means you could be spreading them around when you prune out the affected areas.

To prevent this, cover any nearby plants as best you can with plastic sheeting. Cut out the affected areas with your weapon of choice, including a large part of the plant around the affected area too.

Remember those spores? They’re likely to have already spread to parts of the plant which are not yet affected, so it’s better to be safe than sorry. This is why you need to cut back a large area around the affected areas too.

You must do this during dry weather. If you do it when it’s wet, or if there is rain on the way, the disease will spread quickly.

The great thing about box hedges is that they take pruning well and bounce back quickly. So you might feel like you’re butchering your hedge now, but it will come back healthier than ever.

The best way to get rid of the clippings is to burn them. But in an urban setting, that’s not always possible. Instead, put these clippings into a garbage bag. Seal the bag. Remove the bag from your property.

DO NOT compost affected clippings. This is a sure way to spread blight to all the other Buxus species in your yard.

Another word of caution here. Disinfect the tools you used with bleach or something similar. While you’re at it, wash the clothes and shoes you were wearing and jump in the shower when you’re done. You don’t want to take any chances of spreading those fungal spores.

Step Two: Cut The Plant In Half

This step is rather an alternative to step one and should only be done when the infection is more advanced and cutting out particular chunks won’t cut it.

The idea here is to cut the plant in half, or at least until there are no more black-streaked stems. Dispose of the clippings and cleaning up is the same as step one.

It is your third option for the worst-affected areas. To be sure, you will have to remove all above-ground parts of the plant, leaving only a stump.

If you’re faced with this option, you might decide to remove the plant entirely and replace it with a new plant. This is up to you, but a stump will recover quickly and regain its previous size much quicker than a brand new plant.

Thankfully, box blight does not affect the roots of plants. So leaving the roots intact will give your box hedge a chance of sending up new, healthy shoots once it’s recovered.

Once you’ve done all of the above, it’s a good idea to spray the remaining plants with a fungicide to kill off any spores that may still be present. You could also use a fungicide if you spot an area of box blight early on that’s too small to cut out.

Pro Tip: Only use a fungicide if you’re a non-organic gardener. Fungicide, while effective for treating fungal infections, is still an indiscriminate poison.

Meaning if you’ve spent years cultivating living soil in an organic garden, one application of fungicide could kill off a lot of the soil life that’s supporting your plants in seconds.

One of the things that makes box blight so difficult to get rid of, is that it can live in the soil for a very long time (up to 6 years). To prevent this, you’ll have to remove a layer of soil from around the affected plants and throw it away. You can replace this with fresh, uninfected soil.

How To Prevent Box Blight

Once you’ve gone through all of that to treat box blight in your hedge, you should take some steps to prevent it from returning again. Here’s how.

Box plants thrive in warm, breezy environments. Box blight, on the other hand, does not. To create this environment, don’t overcrowd your plantings. Make sure there’s plenty of space around each plant, including any larger plants or trees hanging above.

Box blight thrives in humid conditions. Don’t create a perfect environment for box blight by splashing the leaves while watering. Instead, water only the base of the plant.

On your regular walks around your beautifully manicured garden, keep an eye out for any of the early signs of box blight. If you catch it early enough, you might be able to treat it with a fungicide or cut out a small part of the plant before the infection can take hold.

Spotting box blight on your hedge can be a devastating discovery. And who can blame you? It is a serious fungal infection that will eliminate all Buxus species in the landscape if given the chance to take hold.

The good news is that it’s treatable, particularly if you catch it early. You’ll still have a fair amount of work on your hands, but you won’t have to say goodbye to your beautiful hedge. Follow the steps above to nurse your box hedge back to health and keep it that way.

Are Succulents Poisonous to Dogs?