7 Best Perennials for Late Summer Color - Backyard Boss Skip to content
We are reader supported. External links may earn us a commission. 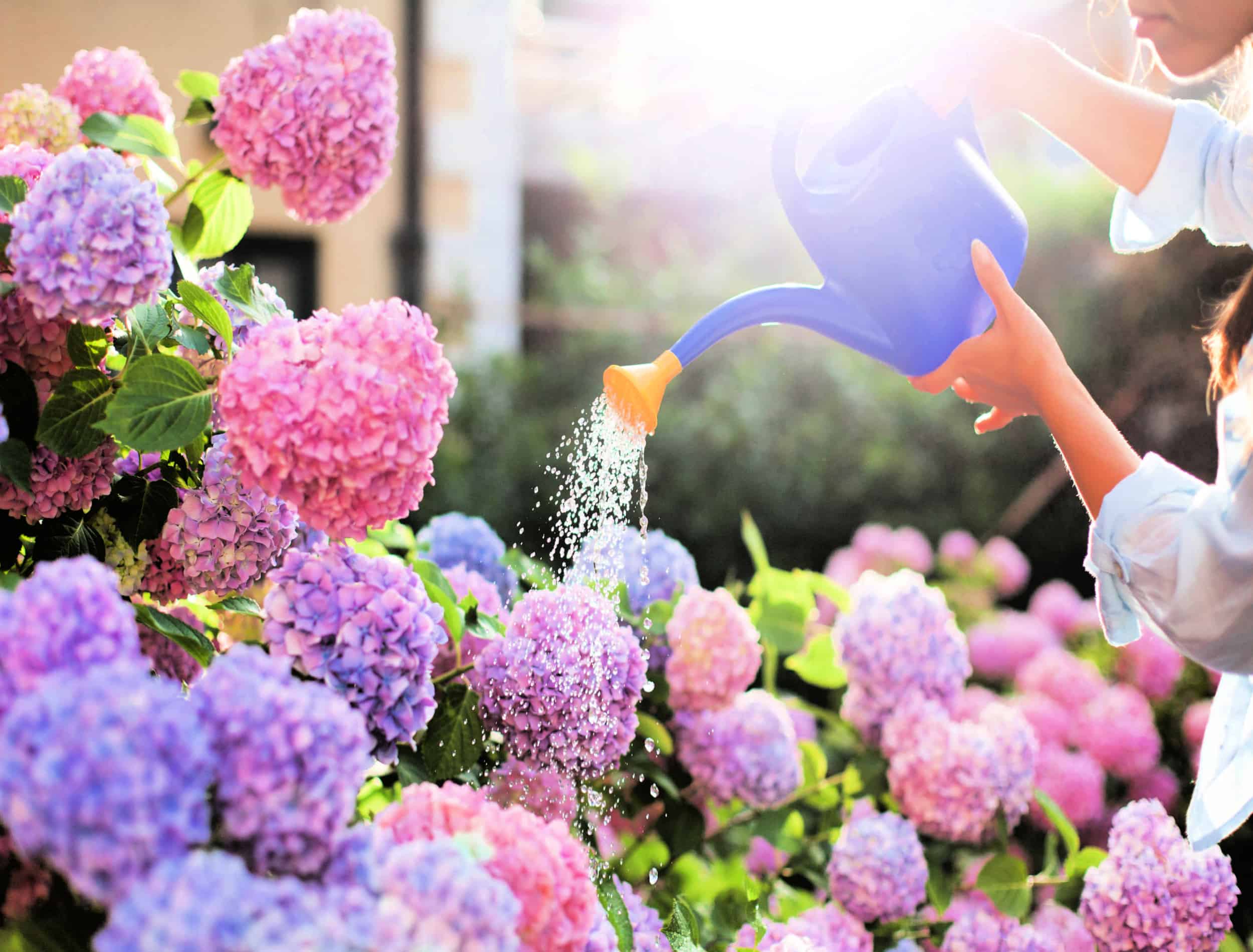 Pallid plants at the end of the summer can steal the joy from your garden. However, growing the best perennials for late-summer color will ensure your garden stays vibrant and inviting all season long. Choosing which ones to plant depends on several factors. For instance, you should consider whether your garden is sunny or shady, or if dry, hot weather is common in your area. A good rule of thumb is to look around your neighborhood to see which perennials are still in bloom in July and August, even into fall.

In the meantime, this list offers seven end-of-summer sensations if your garden’s colors routinely fade faster than you would like. Choose one or more for maximum impact and enjoy them for several summers to come.

Dahlias are renowned for their late-summer blooming prowess. Their blossoms are saturated with colors — such as white, red, pink, gold, and black — and can also be bicolored. Equally impressive is the variety of flower forms, which include single, collarette, orchid, peony, cactus, and waterlily.

Dahlias are perennials, but they overwinter outdoors best in zones 8 to 11. They might also survive winter outdoors in zones 6 or 7 in well-drained soil with a liberal layer of mulch at the roots. For colder zones, dig them up and keep them cozy indoors until spring.

Along pathways, in rock gardens, or as evergreen ground cover, ice plants (Delosperma cooperi) are superstars. From June to October, they bloom flowers that border on psychedelic with their bright, metallic sheen and aster-like petal formation. Their flowers are mostly pink, purple, or lavender, but some can also be multicolored. Adding to the appeal of these perennials are their glistening, succulent green leaves with tiny hairs that are edible raw or cooked.

Ice plant needs six hours of full sun daily, and sandy soil. A native to Southern Africa, it tolerates drought extremely well. However, to keep it from invading other plants’ spaces, keep the soil moist. Give it a miss if your garden is plagued by deer.

Note that it is considered an invasive species in the US state of California. Ice plant also behaves more like an annual in areas with especially cold winters.

This perennial has been dubbed “the world’s most popular daylily.” Like most of its kin, it thrives on benign neglect so it’s a go-to for laidback gardeners.

Stella de Oro blooms fragrant, golden, trumpet-shaped flowers in early summer. However, it will rebloom avidly into August, and sometimes fall, with some timely dividing during the season. Its dense, green foliage can also provide plush ground cover where your garden needs it.

Grow Stella de Oro in a sun-filled garden with afternoon shade to produce flowers with intense, long-lasting color. But fair warning, too much shade, and fertilizer will limit its blossoming powers.

Members of the Asteraceae (or daisy) family, Black-eyed Susans of the Rudbeckia fulgida variety are perennials that will fill your garden with color from early summer to fall. They are ideal for perennial beds, borders, pathways, and raised planters. You can also create an impressive scene by planting them in a large group in your garden.

If your garden is plagued by aphids, thrips, or whiteflies, these perennials attract beneficial insects such as pirate bugs and hoverflies that prey on those destructive pests. Black-eyed Susans are at their very best in well-drained soil in full sun.

The “sweet” in the name of this perennial vine is a nod to the fragrance of its tiny, white, four-petaled blossoms that appear from August to September. A prolific bloomer, sweet autumn clematis (Clematis ternfilora) is a perfect choice if you want to add beauty and extra privacy to a wire or wooden fence, both of which will give it the support it needs as it grows. These perennials are also stunning along pergolas, trellises, and walls.

Sweet autumn clematis is happiest in neutral to slightly alkaline soil in a sunny spot that also gets afternoon shade. It’s a toxic plant and not suitable for gardens where pets and children roam. It’s also a fast grower and is considered invasive in some areas of the United States.

Hydrangeas are stalwarts when it comes to late-summer color. Their full, showy blossoms in colors such as purple, blue, and white come in a variety of shapes and sizes lasting for weeks. Mophead, a type of bigleaf hydrangea, fascinates with its color-shifting petals. Other varieties to look for include Annabelle, limelight, and lacecap.

Super versatile, hydrangeas impress along borders, hedges, walkways, in pots, or as standalone stunners. However, if your area is prone to drought and often has water restrictions, leave these water-loving plants off your list.

Russian sage is a woody, perennial shrub in the mint family with an interesting history: It’s from Asia, not Russia. And for years it wasn’t considered a sage — a member of the genus Salvia — but that all changed in 2017 when it was reclassified as Salvia yangii from the previous Perovskia atriplicifolia. There’s also debate about whether it’s edible. Hmm.

All mystery aside, these perennials will reliably provide some of that late summer color you crave in your garden. Their tubular, cluster of bluish-purple flowers grow on panicles and last from June to October. Crush them to release their strong menthol aroma.

Any one of these perennials will keep your garden from looking lackluster at the end of summer. As autumn approaches, you will even notice some of them linger on in fine form. A few, such as hydrangea, Russian sage, and Black-eyed Susan, will continue to enthrall all year long as dried or pressed flowers.

9 Tips for Safety When Using a Gas Grill

8 Tips for Caring for Your Asparagus Fern

Are Radiant Heat Grills Any Good?

Scroll back to top
167shares