5 Raised Garden Bed Materials You Should Never Use - Backyard Boss Skip to content
We are reader supported. External links may earn us a commission. 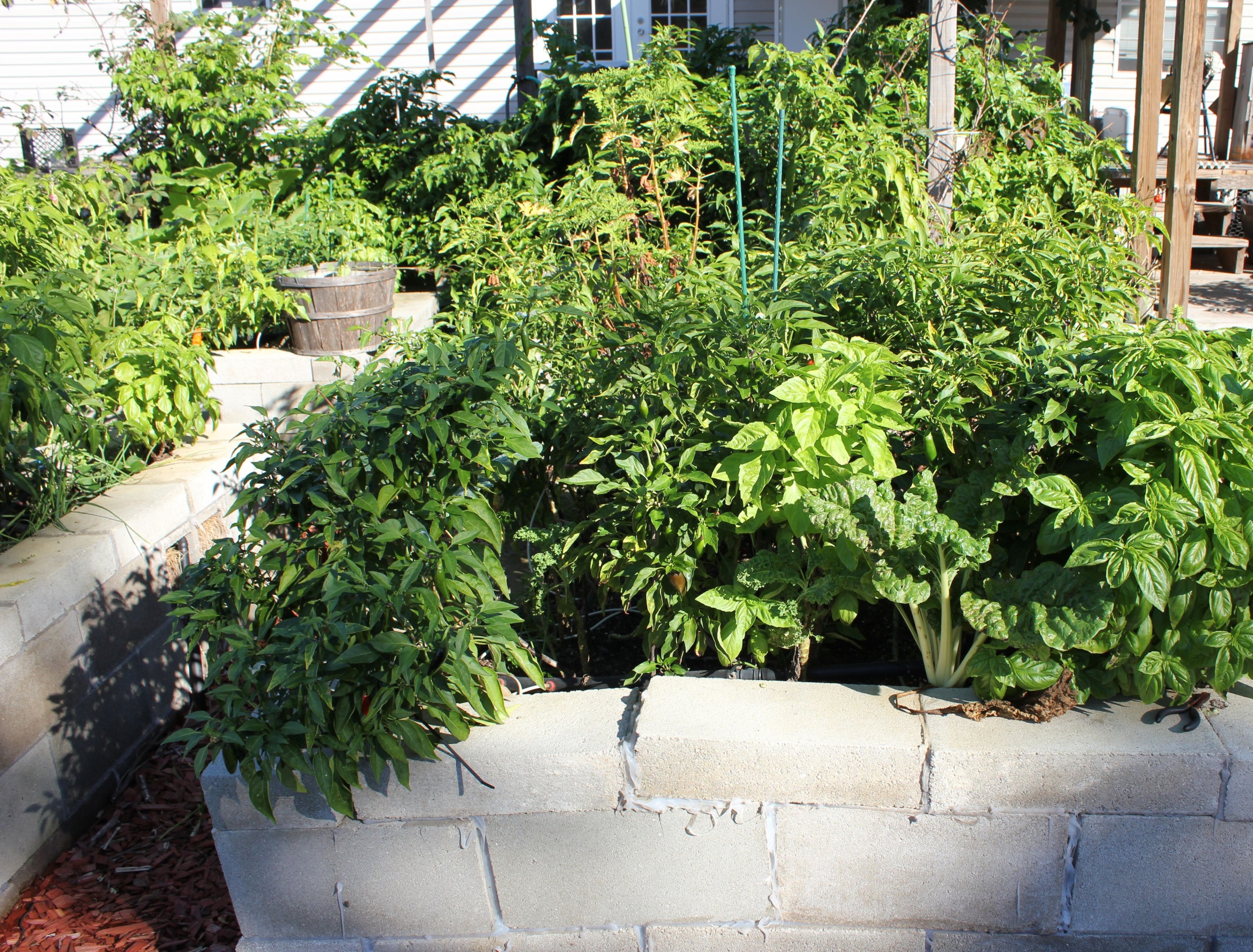 There are many ways to build a raised garden bed. The internet is crawling with endless DIY ideas for the perfect design to meet your requirements and outdoor décor. They can be of any shape, size, height, and material. From wood to metal and plastic to stone, people continue to come up with creative ways to make gardens above ground.

A good raised garden bed should be made from materials that are safe, durable, and easy to work with. The garden bed material you choose should be safe around people, pets, plants, and soil. You don’t want to grow your crops, herbs, and flowers in garden beds that are built with heavy metals and other chemicals that leach toxins into the soil.

These toxins will eventually find their way onto your plate, especially if you’re growing crops for consumption in your raised garden bed. Here are some raised garden bed materials you shouldn’t use to grow your plants.

There are many ways to repurpose wood pallets. You can make vertical gardens, compost bins, garden furniture, and even Christmas trees! If you’re planning to DIY raised garden beds from wood pallets, keep an eye out for those marked “MB.”

Methyl Bromide (MB) is a broad-spectrum pesticide that’s extremely dangerous to human health. Topical exposure can cause skin irritation and burns, and prolonged exposure can cause pulmonary edema. If left untreated, it causes convulsions, coma, and even death.

This is why you shouldn’t use MB-treated wood to build your raised garden bed to grow crops for consumption. Although MB-treated wood kills fungi, pests, rodents, and other insects, it has a negative effect on the earth’s ozone layer. If you must use pallets, pick those marked “HT.”

Heat-treated (HT) pallets are sterilized for at least 30 minutes at temperatures above 132 degrees Fahrenheit.

Recently people have started using their old Styrofoam coolers as raised garden planters, but here’s why it’s a bad idea. Styrofoam coolers are made from polystyrene, a compound that the National Research Council in the US concluded to be a “possible carcinogen” in 2014.

In 2018, the World Health Organization reclassified it as a “probable carcinogen,” prompting some organizations to demand a state-wide ban on polystyrene containers. Polystyrene is harmful to animals, marine life forms, birds, and the environment, in general.

Since it isn’t biodegradable, large amounts of discarded Styrofoam products float in the ocean, clogging waterways and sometimes killing animals who accidentally ingest and choke on these plastic fragments. In addition, Styrofoam can change your soil’s properties, increase its pH, and affect your plant’s overall growth.

If you plan on employing earthworms to keep your soil healthy, know that high exposure to polystyrene microplastics can significantly decrease their growth and increase their mortality.

Now, is Styrofoam a kind of plastic? Styrofoam is a foamed version of plastic made out of styrene. You should also avoid using materials that contain bisphenol A (BPA).

All plastic products have a resin identification code that you should understand. If the number reads 1, 2, 4, or 5, the plastic is BPA-free, but if it reads 3, 6, 7, or says PVC, it contains BPA, and you should use it with caution.

Railroad ties, also known as railway sleepers, are treated with creosote and CCA, both of which are banned for residential use. Creosote is a combination of thousands of different chemicals, but the major ones are polycyclic aromatic hydrocarbons (PAHs), phenol, and creosols.

Creosote is a thick, gooey, and oily liquid that is highly flammable. It’s one of the most common pesticides people use to preserve the wood. While there are many DIY landscaping trends using creosote and CCA-treated railroad ties, you shouldn’t jump on the bandwagon. Prolonged exposure to creosote in railroad ties is linked to skin and scrotum cancer.

Also, don’t burn creosote-treated wood (in fireplaces or outdoors), as that could release carcinogenic toxins into the air. When you use creosote-treated wood to build your raised garden bed, the harmful chemicals leach into the soil, killing some plants and eventually landing on your plate through the food you grow.

Note: If you have old railroad ties in your backyard that you want to get rid of, check your local laws about how to discard them properly.

Chromated Copper Arsenate (CCA) is a pesticide that was invented in 1933 and registered sometime in 1940. Its popularity hit the roof in the mid-1970s, around the same time the Environmental Protection Agency (EPA) was created.

EPA reviewed the safety and effectiveness of CCA-treated wood and found that its arsenic component poses a risk to humans, animals, and the environment. Wood treated with CCA has arsenic compounds intended to remain within the wood.

Before January 1, 2004, CCA-treated wood was approved for residential uses, but later it was discontinued over arsenic exposure. To preserve wood, Canada introduced another technology called Alkaline Copper Quaternary (ACQ) for commercial use sometime in 2004.

While your body requires and receives small amounts of copper from your food, consuming too much copper can cause various health problems, including brain damage and liver failure. It can be fatal if left untreated.

Copper is highly toxic to fish and marine life, so you’ll need to be extremely careful when discarding, recycling, or upcycling your ACQ-treated garden bed.

Avoid using cinderblocks made from coal or fly ash because this powder contains traces of:

Coal ash is heavy and stays on the ground, while fly ash is lighter and carried up by the smoke. According to the Environmental Protection Agency (EPA), prolonged exposure or drinking water contaminated by coal ash’s arsenic compound increases your risk of cancer, cognitive deficits, behavioral problems, heart problems, congenital disabilities, or defective bone growth in children.

Although there is little evidence that fly ash or other heavy metals leach into the soil, you’ll want to steer clear of cinderblocks to be safe. If you must use cinderblocks, pick those made from concrete so you can DIY your concrete block-raised garden bed.

Good materials won’t sabotage your health, won’t hurt animals, and won’t destroy the environment in general. Here’s a list of some good raised garden bed materials you can use to transform your backyard.

I Beg Your Garden?

Raised garden beds are great for older gardeners and those with mobility issues; however, it’s better to avoid some materials when building your garden bed. This is because the materials you choose to build your garden bed will play a massive role in your and your plant’s health and the environment in general.

Hopefully, this article was helpful to you. Leave your experiences, thoughts, and questions in the comment section, and as always, please share!

A Guide to Hosting a BBQ for Over 100 Guests

How to Use Wood Chips on a Gas or Charcoal Grill

Best Vegetables and Herbs to Grow This Winter

Scroll back to top
48shares