9 Crazy-Expensive Plants & Flowers: #5 Cost More Than Your House! - Backyard Boss Skip to content
We are reader supported. External links may earn us a commission. 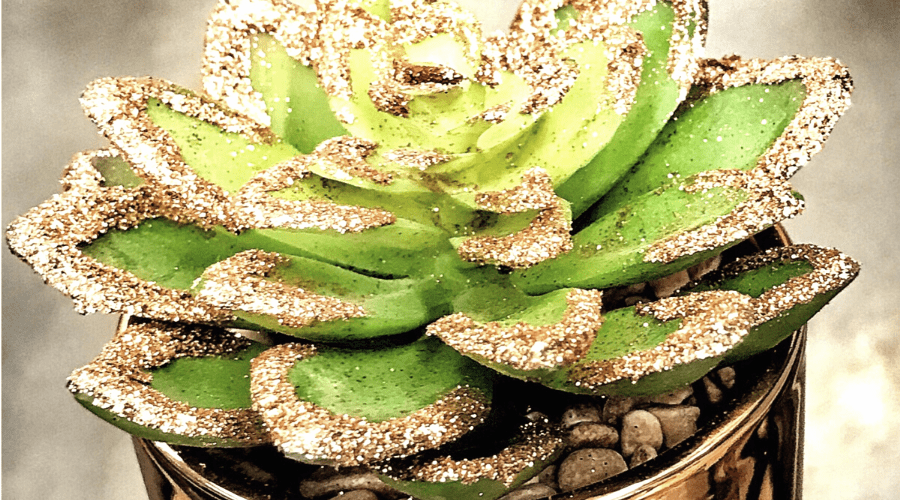 How Expensive Are We Talking?

Insanely. You may have thought that $80 fiddle leaf fig you bought was expensive, but think again. There are plants on this list that cost more than cars, and a couple of plants that even cost more than houses.

Why Do People Pay So Much for Plants?

Because people are crazy about plants! As of recent, the house plant market has been booming, with plant influencers impacting the demand of “trending” plants, leading to skyrocketing prices for them. Even before the recent plant boom, collectors were willing to shell out thousands of dollars just to get there hands on a rare species or specific plant. 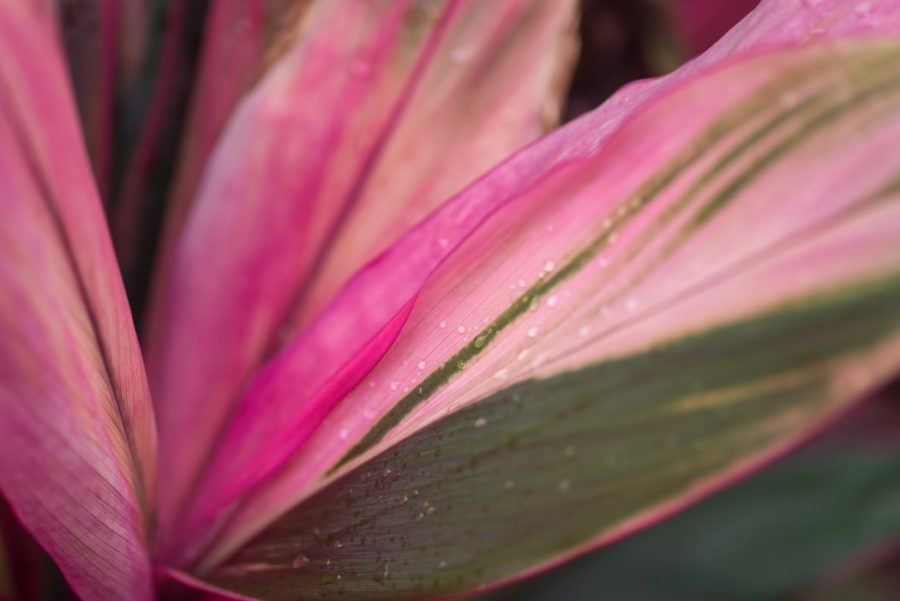 But… Plants? Are You Serious?

Shelling out thousands of dollars for the plant of the moment is in no way unprecedented. In fact, there is a strong historical precedent for plant booms, the most notorious incident—or rather decades-long event—being Tulip Mania.

In the early 1600s, tulips became the most desired flower in the world due to their strong smell, vibrant colors, and unique shape. Due to the high demand and the flower’s rarity, the price of tulips exploded—selling for as much as 5,700 guilders in those years. To put that into perspective, here’s a loose conversion calculation from Today I Found Out:

By 1636, ANY tulip bulb — even low quality bulbs — could be sold for a small fortune, with an average price of about 160 guilders, and at its peak near 200 guilders. Unfortunately, there’s no real accurate way to translate that to modern day currency, but for reference, a typical skilled tradesman at this time generally only made about 150 guilders. So if you want to translate it that way, a typical skilled worker today in the United States (someone with some sort of post-high school education, but not post-secondary education) averages about $48K per year; so using that extremely loose correlation, an average tulip bulb would cost around $64K at the mania’s peak.

That economic bubble ended up bursting, however, to this day tulips are the third-most expensive flower in the world. Also to this day, not taking any lessons from Tulip Mania, plant fanatics are willing to pay exorbitant sums for very special and rare plants. 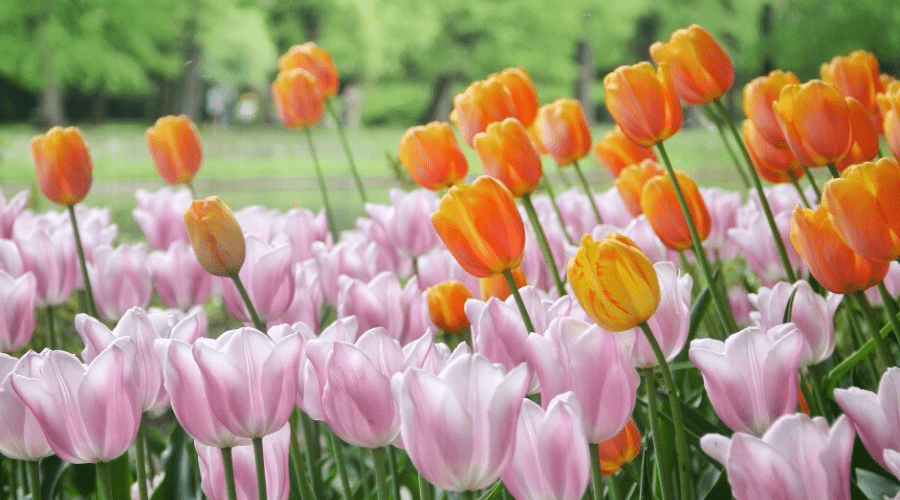 What Makes These Plants So Expensive?

Okay, so people are crazy about plants. But still, why are these specific plants worth thousands when I can get a succulent at Trader Joe’s for less than $5? Below are all of the factors and features that make these plants so expensive!

These plants are all extremely rare to the point that it’s actually lucky to own one. Plant buyers who stumble upon a $450 Thai Constellation plant aren’t thinking, “Who would pay that?” they are thinking, “This is my lucky day!” 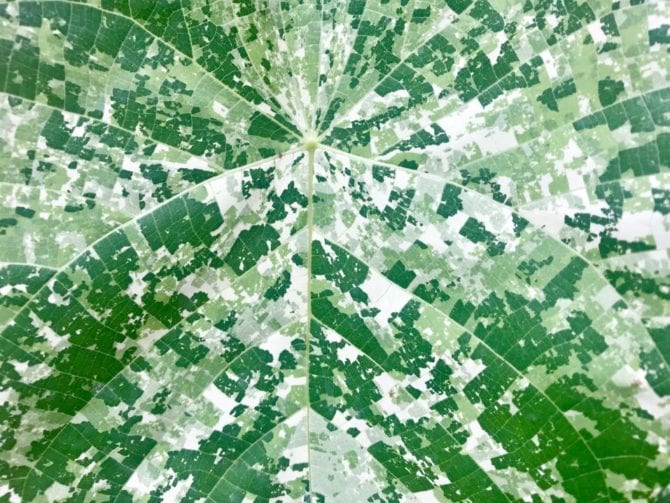 Some of these plants were specifically crossbred for excellence and to bring out certain positive attributes. Breeding plants is difficult, so when it’s done well, no, when it’s done perfectly, it’s extremely desirable, leading to a higher cost.

While breeding is a purposeful alteration to a plant’s genes, variations often occur randomly as a genetic mutation when there is a lack of chlorophyll in certain plant cells. When a plant is variegated it will have different colored zoned on its leaves, stems, fruit, and flower, which may show up as stripes, spots, borders, or other shapes. The result is some amazing and unique looking plants, which make them highly coveted.

You aren’t going to spend thousands on a plant that doesn’t even look good! The reason a lot of these plants became popular and then expensive, is because of their striking or unusual  beauty.

For some people, buying an expensive plant is an investment. If you run a plant-selling business, buying expensive plants with propagation potential is a great idea.

Your plant could end up paying for itself in no time if you are able to successfully propagate it.

Where Can You Buy Expensive House Plants?

To buy expensive house plants you often have to go to bidding sites like eBay or other eCommerce sites like Etsy.

Frequently these plants are homegrown by professionals and collectors instead of mass-produced by official businesses- hence them being rare. Because of this, Home Depot and Amazon should not be the first place you look.

The Most Expensive House Plants & Flowers

Variegation on Monstera Deliciosa is accidental, which paired with the high demand for the plant and their very slow propagation growth rate, has made it one of the most expensive house plants you can buy right now.

This Malaysian beauty (at right), the Alocasia Azlanii plant, also known as the Red Mambo, is one of the hardest plants to get, rarely being sold by garden centers and nurseries, and being fairly hard to find online.

The more you look at an Alocasia Azlanii, the more you understand why it’s so sought after and, consequently, expensive. The dark green color of its foliage has a rare richness to it put into perspective by the trace of bright green that outlines the leaves.

However, the star of the Alocasia Azlanii plant is its iridescent veins which come in shades of pink, purple, and red.

You won’t find a Shenzhen Nongke Orchid anywhere in nature. Why? Because this flower was completely manmade.

It took 8 years for scientists to cultivate this flower and get it to successfully grow. According to plant lovers, those 8 years were well worth the wait.

Continuing the pattern of “waiting,” this orchid can take between 4-5 years to bloom. But when it does, it’s absolutely breathtaking. Its beauty, shape, and fragrance are all incredible—like it was made to be perfection. Oh, wait… it was.

It even can be consumed, with a delicate flavor that very few people on the earth will ever get to experience.

One of those people, who purchased the orchid at an auction, paid an astounding $200,000. That price tag earned the Shenzhen Nongke Orchid the title of the most expensive orchid ever sold.

The rarity of variegated minima earned itself a place on this list, along with the record it broke as the most expensive plant that has ever been sold on Trade Me, New Zealand’s largest online trading website.

Philodendron Minima have interesting foliage that is notably glossy, a beautiful light green color, and which contains deep lobes within it. Normal Philodendron minima go for around $20 to $50, but variegated minima are in a whole different price range.

Variegated minima tend to express their variation in spots, streaks, or blocks. The most coveted variegation pattern is blocks because there is something inexpressively pleasing about the neat way the foliage becomes divided by them, with one being a green section and another being a lighter shade or even yellow.

The variegated minima that sold for so much on Trade Me had a satisfying half-and-half variegation on its leaves, displaying one yellow and one light green side. In total, the plant had 4 leaves. And sold for $8,150.

Never have I found myself particularly bewitched by roses, and yet, there is no denying that Juliet roses are beyond stunning. The shape of their petals, the thickness of them, the pattern they’re arranged in, and the soft pink color of them are all absolute perfection. It took 15 years of breeding and cultivation to create the Juliet rose which was first showcased in 2006 at the Chelsea Flower Show and immediately became a sensation.

Even the bloom of the Juliet rose is unparalleled in beauty. The buds are an unusual pale peach color that is transfixing. They burst open into a full and magnificent bloom with subtly darker shades towards the rose’s center. This flower is undeniably beautiful, but what is the cost of that beauty?

Grab a chair and sit down, to get your hands on one of these roses, you are going to have to fork over $15.8 million.

It was bred by David Austin, who put $5 million into creating it, hence the high cost. Still, with that price tag, the Juliet rose is the absolute most expensive flower in the world.

A trend that anyone will notice who monitors the plant buying scene is the people love pink. Pink flowers, pink foliage, pink foliage veins, you name it, people want it pink. And a plant with pink variegation? Game over, shut up and take the internet’s money!

Philodendron pink princess plants were one of the plants lucky enough to have this mutation. After being featured on plant vlogs and blogs in 2019, their popularity increased to insane heights, and so did their price tags. It was even named the “must-have plant” of 2019 by Horticulture Week.

The demand for it has in no way died down since then. Right now you can buy a Half Moon Philodendron Pink Princess plant for a whopping $1,299 on Etsy.

This extremely rare orchid only grows in one place on earth: the Kinabalu National Park in Malaysia. It’s extremely finicky, only growing between the months of April and May. Furthermore, after being planted it can take years to open up and bloom. As you could probably guess though because it’s on this list, when it does finally bloom, it’s a sight to be seen.

The green petals are speckled with red spots in an unusual pattern that is unlike any other orchid’s on the planet. The striped pattern and the flower’s otherworldly structure make it clear why it is so highly coveted.

The Gold of Kinabalu Orchid’s rarity and beauty give it a whopping price tag of $5,000 a flower making it one of the most expensive orchids on the planet. 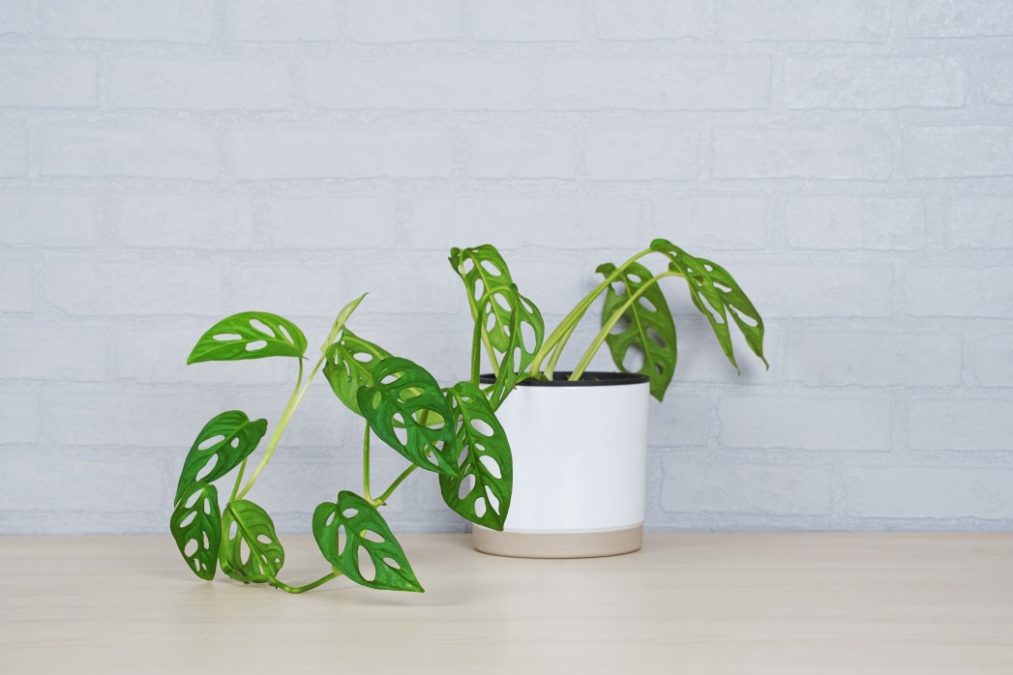 It has large gaping holes in its foliage. The holes make the Monstera obliqua’s leaves look as delicate as lace. I’ve never seen a plant quite like it but am utterly transfixed by it. As it turns out, a lot of other plant lovers feel the same way.

Right now, you can buy your own Monstera obliqua plant on eBay for somewhere north of $3.000. And you don’t get any discounts for all the parts that are missing from its leaves.

The kadupal flower is largely regarded as the most beautiful flower in the world. Don’t be jealous, Juliet rose! It only grows in Sri Lanka where it blooms exactly one time a year in the middle of the night putting a whole new spin on the term “beauty is fleeting.” The insanely beautiful all-white petals of the flower are arranged in a pattern, unlike any other flower’s I have ever seen.

People visit Sri Lanka from all over the world to see it’s one transformational bloom. It’s the only chance they have to see it bloom because this flower is valuable that you can’t buy it. That’s right, this flower’s price tag is priceless.

Unless you’re rolling in green, a lot of greenery on this list may be unattainable. That’s okay though, there are plenty of incredible house plants that you don’t have to sell your car to afford. After all, who needs a $2,000 Monstera Obliqua when $20 Maranta plants are already so much fun?

I hope you enjoyed this list! If you found it entertaining be sure to share it and comment below with which house plant you wish you could buy.

86shares
Scroll back to top
86shares