Is Mulberry Good for Firewood? Mulberry Firewood Guide - Backyard Boss Skip to content
We are reader supported. External links may earn us a commission. 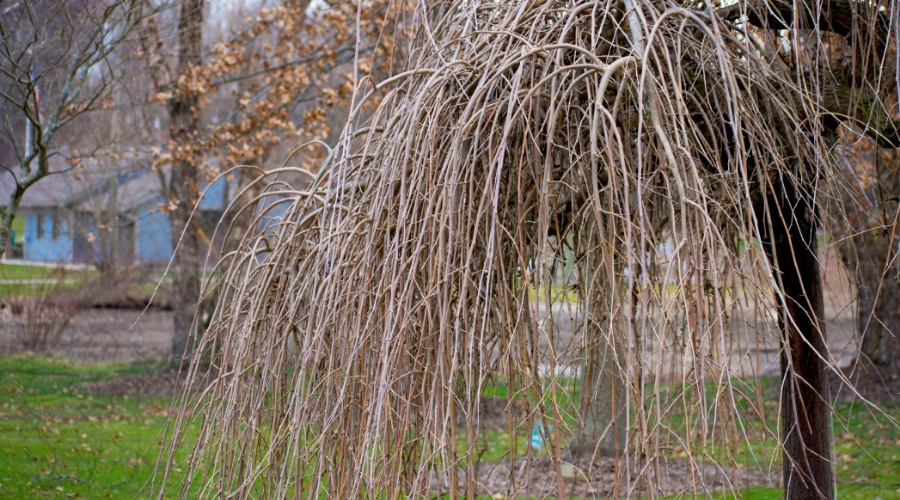 When you think of firewood, you probably don’t think of mulberry first. But that doesn’t mean it’s not a useful source of heat fuel! All wood burns, and Mulberry is no exception. This dense wood burns hot and long and makes for great firewood when you can get your hands on it. Excellent for fireplace and cooking uses, mulberry is one of the unsung heroes of wood-burning heat. Here’s everything you need to know to make the most of your mulberry firewood, including BTU, seasoning time, cord weight, how to check for moisture content, and best uses.

It’s undeniable that Mulberry is one of the best types of firewood out there, but which variety of mulberry is the best? Peruse the descriptions of the most popular and common types of mulberry trees below!

One of the most common types of mulberry trees is white mulberry. It’s notable for requiring a minimal amount of care, thriving in poor or dry soils, and only needing 4 hours of sunlight a day.

Before using it for firewood, consider nibbling on its delicious white, pink, and black-colored fruits.

Unlike white mulberry, red mulberry is a little pickier about its growing conditions. It requires sunnier locations with better soil to really sprout. However, once a red mulberry tree is established it can withstand drier soils or even having its roots flooded. Most commonly red mulberry is found in North America.

While this mulberry variety is one of the less common ones on this list, it’s one of the most popular and notable varieties. It typically can only be found in Mediterranean climates, so areas in the Southern US. It’s one of the slowest growing mulberry varieties but it’s also the one that lives the longest, so it reaches pretty astonishing heights.

Firewood that burns in the 25 – 30 BTU range are largely regarded as top-tier options so Mulberry is in great company, rivaling famously high heat producers like Oak and Ash.

Not only does Mulberry burn hot, but it also burns long, producing lots of coals. Mulberry will have no trouble keeping you warm or heating your food on cold winter nights.

With an enticing smell and a high heat output, Mulberry is one of the most desirable firewood that you can burn. However, its desirable traits do come at a cost.

And that cost is a very long seasoning time.

Requiring around a year to properly season, Mulberry is one of the more time-intensive woods to dry out.

Why is it so time-intensive to dry out Mulberry wood?

Because it has a high moisture content while it’s alive. You can’t burn Mulberry while it still contains all that moisture. You must wait until its moisture content hits at least 20% or lower to burn it, which you can gauge using a moisture meter.

It will take you a while to get to the point where it’s safe to burn your Mulberry wood, so be sure to use all of the best seasoning strategies, like elevating it on a firewood rack, splitting it, and leaving it in a dry space to make sure that it dries out as quickly as possible. When Mulberry dries out it starts to fade in color and becomes less brittle so you can split it more easily.

Mulberry wood, like most other hardwood firewood, has a low resin/sap content. This is great, especially if you plan on burning your mulberry wood inside because that means it will cause less creosote build-up in your chimney.

Creosote is a substance that’s released from burning firewood that is particularly bad in wood with high resin/sap contents or in wood that’s wet. It can be dangerous if too much accumulates in your chimney because it will block the airflow of smoke.

When it comes to smoke, Mulberry firewood is fairly average. It doesn’t produce a particularly large amount of smoke but produces more than many other top tier firewood.

To make your Mulberry wood produce less smoke, be sure to only burn it when it’s fully dried out. Wet wood has a tendency to produce a lot more smoke.

The biggest problem with Mulberry wood is that it produces a lot of sparks.

Because it produces so many sparks, it’s not a good choice for indoor open-air fireplaces. Sparks can be a fire hazard, especially when they occur indoors. Don’t risk getting burn marks on your rugs and furniture.

Mulberry wood has an incredible aroma that is simultaneously sweet and smoky. Its hints of sweetness come from the burning of all the natural sugars within it. Mulberry has a notably high sugar content.

The smokiness of Mulberry benefits from the touch of sweetness. While Mulberry’s scent isn’t as powerful as some other top-tier wood’s, it’s present and definitely enjoyable. The delicious smell of Mulberry will set the mood at your next campfire.

Still have some burning questions? No problem!

Check out these frequently asked Mulberry firewood queries and answers.

Yes, not only does Mulberry wood have impressively high heat output, but it also produces high-quality coals. The amount and quality of coals that firewood produces impacts how long and how well the fire will burn. Having a lot of quality coals can also make restarting a fire way easier.

How Hard is it to Split Mulberry Firewood?

Once Mulberry wood has been seasoned, it’s one of the easiest woods to split. As long as you have a sharp axe, you should have no trouble.

Does Mulberry Wood Come From a Tree or Bush?

Perhaps because of the “berry” in its name, many people believe that Mulberry is a bush, not a tree. Mulberry wood does, in fact, come from Mulberry trees, which can grow to be anywhere from 20-40 feet tall.

28shares
Scroll back to top
28shares