7 Plants to Grow for a Pest-Proof Yard - Backyard Boss Skip to content
We are reader supported. External links may earn us a commission. 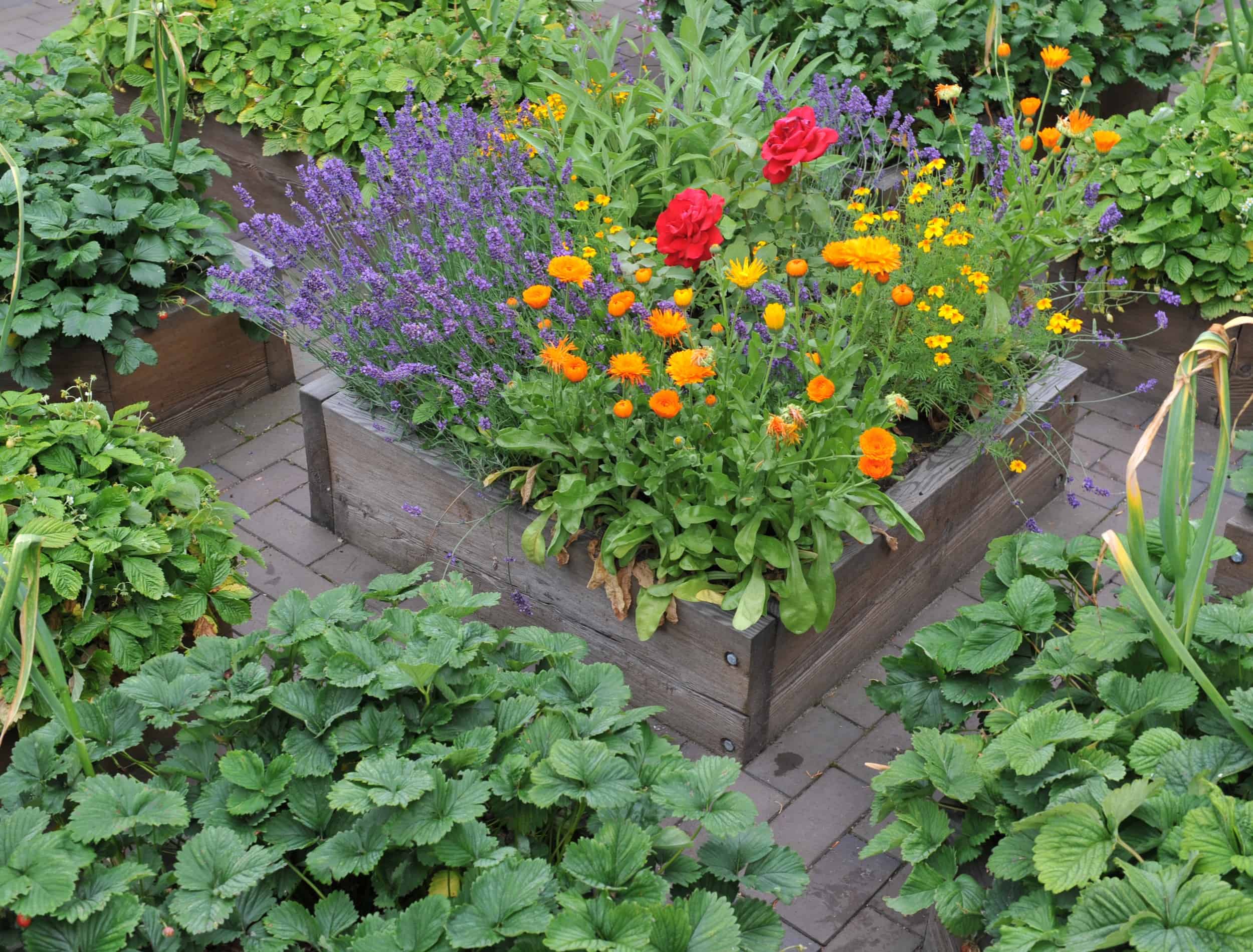 It’s easy to think of companion planting as a natural pest control method for the garden you have so carefully tended. But, did you know the power some plants have to scare away pests is savvy self-defense? Since plants can’t flee their predators, they’ve got built-in ways to defend themselves, such as strong odors that repel pests.

Meanwhile, neighboring plants also benefit from these defensive shields, which is great news for your home garden. Discover seven of these protective plants that you should grow to pest-proof your yard.

Bush beans are members of the common bean or Phaseolus vulgaris species. They are stout plants with dense, green foliage that produce tasty crops rich in dietary fiber, protein, vitamins, and minerals. Planted alongside potatoes they make a dynamic duo.

Bush beans defend spuds from the deadly potato beetle. Potatoes return the favor by protecting bush beans from the bean beetle. Alternate rows of beans with potatoes in sandy, slightly acidic, well-drained soil for a great yield. Also, beans form a mutual-protection society with onions so consider planting those two crops together as well.

Nasturtium (Tropaeolum minor) is a trailing annual that gets its name from the Greek word meaning “to twine.” It will avidly twist its way around trellises, shrubs, and trees. However, nasturtium is also quite effective at protecting members of the cucurbit family, or gourds, such as squash, melons, and cucumbers.

The plant’s scent, which seems delicate to humans, confuses pests such as squash bugs and cucumber beetles. You can grow nasturtium easily from seeds, which sprout in just seven to 12 days. They prefer full sun but also fare well in partial shade. Nasturtiums don’t like to move, so plant them in well-draining soil in the spot you plan to keep them.

Also known as Agastache foeniculum, or anise hyssop, this plant in the mint family, has heavily anise-scented leaves. An effective plant to grow for pest control, it rivals ornamental plants with its tall, elegant edible flowers. Its nectar is a magnet for bees, butterflies, and hummingbirds but, it will keep cabbage worms away from your brassica crops and shoo away rabbits and deer.

Licorice mint is easy to grow in fairly rich, well-drained soil in a sunny location. And those are just the conditions cabbages, kales, spinach, and broccoli prefer, too.

Many cultures have long deemed lemon balm (Melissa officinalis) to have mystical soothing powers. However, insects like gnats and mosquitoes find this plant native to North Africa, the Middle East, and southern Europe anything but soothing. That’s because of the plant’s rich content of citronellal, a compound similar to citronella, which is used in commercial mosquito repellents.

Lemon balm is easy to grow, even in containers. It is also an eager self-seeder so you can count on having it in your garden for quite some time without a lot of extra work. For even greater pest control powers, gently squeeze its leaves occasionally to release some of the lemony citronellal scent.

Often referred to as ornamental onions, alliums emit a strong, pungent odor like those culinary mainstays. They are staunch defenders of roses, keeping aphids and Japanese beetles away. This plant can also defend vegetable crops from carrot flies, cabbage worms, and slugs.

Choose bulbs instead of seeds, which can take several years to germinate. Alliums need rich, sandy loam soil and full sun. Between late spring and early summer, they bloom delicate, round, and fluffy flowers that please the eye. But keep an eye out for fungal infections, such as mildew, white rot, bulb rot, and rust.

Flies, fleas, mosquitoes, and moths have no love for that lovely lavender fragrance. Rabbit and deer will also give this member of the mint family a wide berth. Home gardeners love to use lavender to line walkways, entryways to gardens, or in easily movable containers. However, you can also alternate rows of it with your brassica crops.

Another benefit of growing lavender to pest-proof your yard is it will attract pollinating insects, such as bees and butterflies. Other insects that enjoy lavender are effective killers. These include hover flies, which feed on aphids, and ladybugs, which crave pests such as spider mites, mealybugs, and asparagus beetle larvae.

These robust bloomers with their cheerful, trumpet-shaped flowers in a rainbow of colors brighten up any landscape. But, they are also potent pest control! Petunias will ward off squash bugs, tomato hornworms, leafhoppers, and aphids.

Petunias are great companions for roses, tomatoes, grapes, beans, peppers, and cruciferous veggies. You can grow them in pots and move them around to different locations in your garden. They need well-draining soil, at least five or six hours of sunlight, and deep watering once a week unless the weather is very hot and dry.

While these hardworking plants help to provide pest control, they do not offer blanket protection against garden invaders. So, give them a little help. First, learn as much as you can about what each plant in your garden needs to stay healthy.

Also, clean up rotting debris that can attract insects into your yard. Finally, food-grade diatomaceous earth prevents crawling pests from ruining fruit and vegetable crops. Sprinkle it on the leaves and the ground around them.

Have you grown any of these plants to pest-proof your yard? Let us know in the comments below.

5 Reasons You Should Mow Your Lawn Less

How To Overwinter Plants in Your Basement

Scroll back to top
200shares