10 Plants That Will Survive Frost - Backyard Boss Skip to content
We are reader supported. External links may earn us a commission. 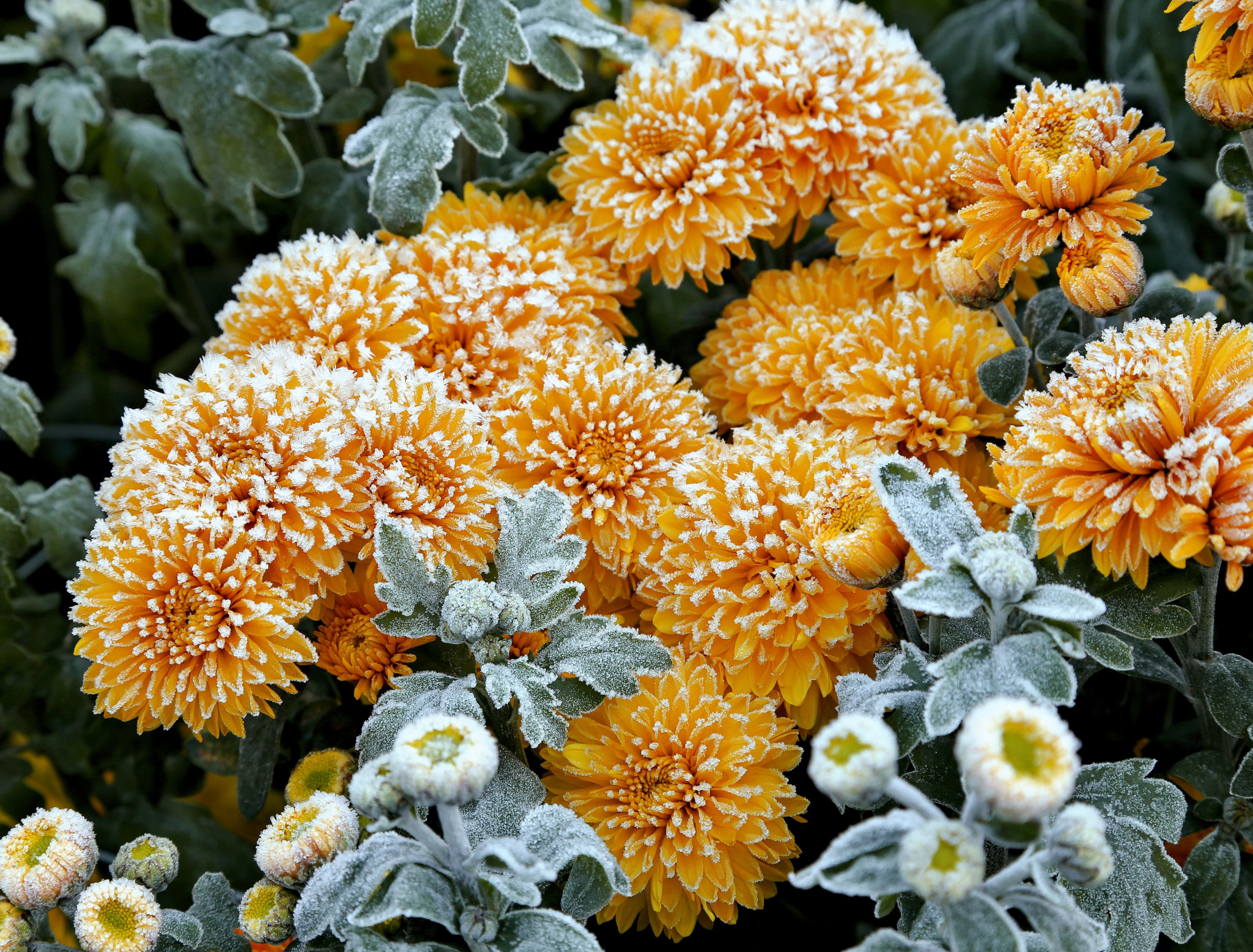 In the spring and fall, a late or early frost is an ever-looming threat to the garden. You might be dreading what you’ll lose and scrambling to put up shelters to protect your plants. For many, the first frost in the fall is the end of the gardening season, but that doesn’t have to be the case. There are many flowers and vegetables that continue to grow after a frost.

Here are 10 plants that will survive a frost.

Flowers That Will Survive Frost

You might not think that these delicate flowers could survive a frost, but pansies are actually quite cold-hardy. They can survive a complete freeze and then bounce back when the temperatures rise again. So, don’t throw out your pansies yet!

Depending on your climate, some may even survive a mild winter, but they are unlikely to make it through the heat of the summer. Their tendency to wilt in the hot months is the reason they act as an annual.

Chrysanthemums are a popular choice for fall flowers as their blooms really shine in the cooler months and they can survive light frosts. Mums planted in the ground will withstand the lower temperatures better, and since most varieties are perennials, established plants should come back the following year. If you have a potted mum and would like to transplant it into your garden, it’s best to wait until spring.

Snapdragons are stunning plants that bloom along the entire stalk, for an impressive cluster of flowers. They come in a wide variety of colors and stay in bloom from spring until fall. Snapdragons are short-lived perennials that thrive in cool-weather, surviving frosts, and even overwintering in some regions. If you have these beautiful flowers in your garden, they should continue to thrive after a frost.

Calendula commonly referred to as “pot marigold” is another short-lived perennial. Its nickname only adds confusion, however, as it’s not related to marigolds at all, but rather is part of the daisy family. The fragrant flowers which boast bold yellow and orange hues are edible and also used in medicine. Calendula thrives in the cool spring and fall months, handling light frosts, but usually struggles in hot weather.

Sweet alyssum is a low-growing, short-lived perennial that is part of the Brassica family. As its name suggests, the flowers are very sweet-smelling which attracts pollinators. The blooms are most commonly white, but there are pink and purple varieties as well. The white cultivators are usually more hardy, however, and able to withstand light frosts.

Vegetables That Will Survive Frost

The Brassica family forms the largest group of cold-hardy crops. Popular varieties include cabbage, brussels sprout, rutabaga, kohlrabi, broccoli, cauliflower, radish, turnip, mustard greens, arugula, and kale. These cool-season crops thrive in colder weather and frost actually improves the flavor. Kale is one of the most cold-hardy of the bunch, with some varieties surviving to 5 degrees Fahrenheit. If you have any of these vegetables in your garden, the impending frost is no threat.

There are root vegetables, outside of the Brassica family, that can also survive a frost. These include carrots, parsnips, and beets. After a heavy frost, the tops may die, but the tap roots will still be edible under the ground. It’s good to have them well-established before heavy frosts as they won’t grow much in the cold. Continue to harvest them as long as the ground is soft.

Peas are a delicious garden favorite that prefers cool weather. Most varieties of peas can even survive a light frost. Winter peas, in particular, are hardy to -10 degrees Fahrenheit. If you haven’t had any luck planting peas in the spring, give them a try in your fall vegetable garden.

Fava beans are a unique legume that are hardy down to 0 degrees Fahrenheit. They are often used as a cover crop, improving soil quality by increasing nitrogen levels. The large pods this plant produces are impressive in size. Both the young beans and pods are delicious in a variety of cuisines, adding a nutty flavor.

As you can see, there are many plants that will survive a light frost and some that continue to thrive even after a heavy frost. If you have any of these plants in your garden, don’t fret about the impending frost, they should be just fine. Many shrubs, such as evergreens, and perennial plants also continue to thrive after a light frost until their resting period over winter. For best results with overwintering, be sure to plant six to eight weeks before the first frost.

Do you have any of these plants in your garden? Have you had your first frost yet? Share your experience in the comments!

65 Snow Sculpture Ideas You Can Do In Your Yard

A Complete Guide to Home Maintenance

How to Get a Better Smoke Ring

How To Grow and Care for Azaleas