9 Reasons Why Cinnamon Powder Is A Must In Your Garden - Backyard Boss Skip to content
We are reader supported. External links may earn us a commission. 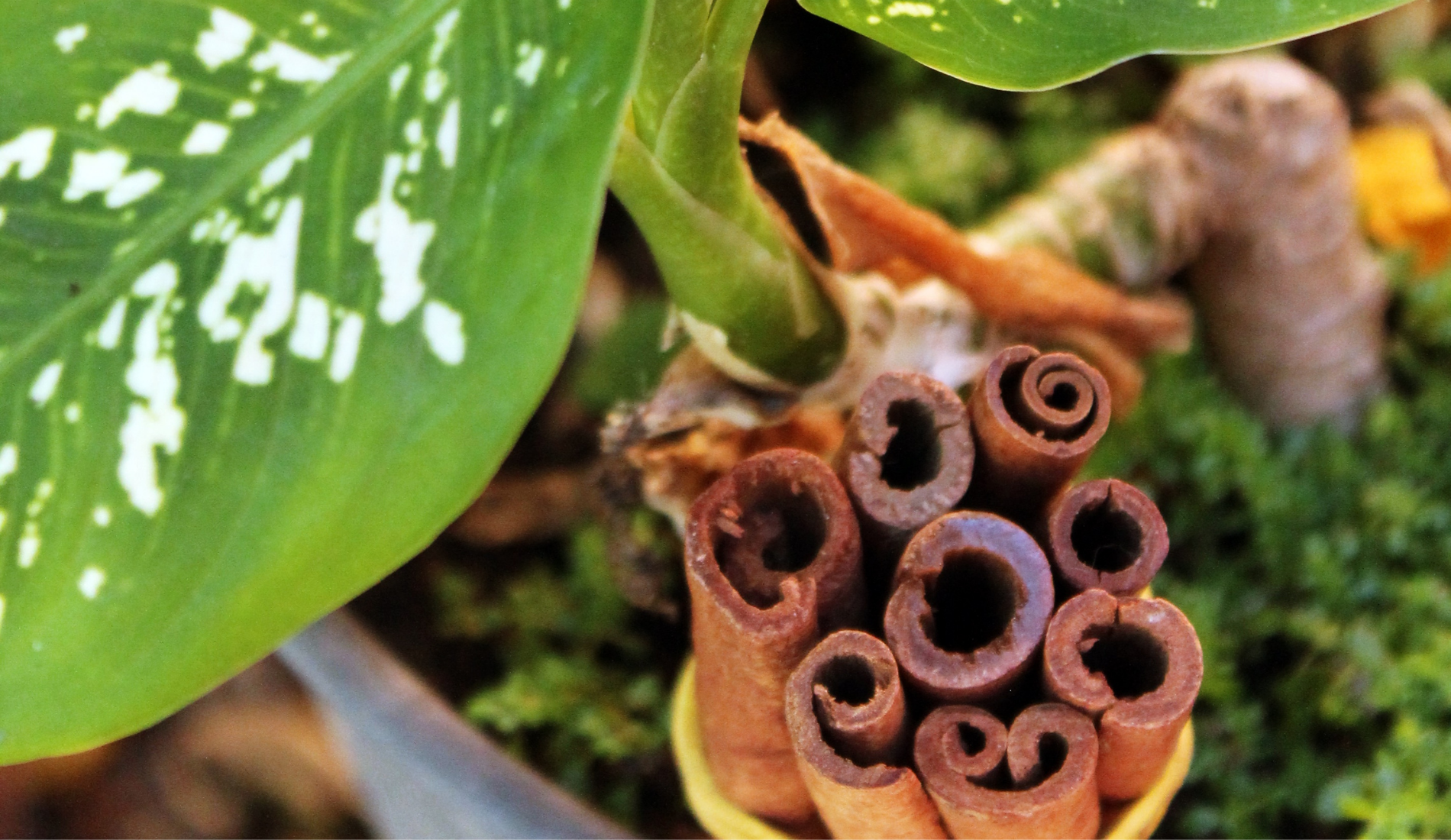 Cinnamon is a spice known to do wonders in the kitchen, yet its uses in the garden are often overlooked. This prominent spice is incredibly versatile, from its ability to promote the growth of healthy roots to being a one-stop solution for pests and parasites, all thanks to its antifungal properties. You can extend the benefits of cinnamon from your palate to your plants in a variety of ways, namely as a spray or simply sprinkling it over your garden. Read on to discover the benefits and possibilities behind this spice.

Cinnamon is harvested from the inner bark of the Cinnamomum tree; strips of bark are dried until they curl into the rolls commonly known as cinnamon sticks. These sticks are usually kept as quills or ground to make a powder. Cinnamon comes in two varieties; cassia cinnamon and Ceylon cinnamon. The most common one is cassia cinnamon, while Ceylon is a rare variety and subsequently more costly. Nevertheless, the type of cinnamon most accessible to you will work just fine.

9 Reasons Why Cinnamon Powder Is A Must In Your Garden

1. Cinnamon can save your seedlings

Seedlings are vulnerable to damping off disease which is caused by several different fungi and fungus-like organisms. These organisms infect seedlings and cause them to damp off and eventually rot and die. They include; Aphanomyces, Fusarium, Pythium, Phytophthora, and Rhizoctonia.

Cinnamon can ward off fungal disease because it is antifungal. The fungus appears as discolored spots on soil, by dusting cinnamon over it when seedlings are planted, the spice can kill these fungal spores which prevent them from infecting your growing plants. It’s recommended that you reapply the cinnamon regularly so that your seedlings can mature into plants that are capable of fending against the fungi.

2. Cinnamon prevents the growth of mold and fungi

Fungi are an important component of soil. As decomposers, they convert complex organic compounds into materials that plants can use, such as organic acids and nutrients. If you spot mushrooms sprouting from your soil or stretches of slime molds, it’s a sign that you have healthy soil. That being said, you can have too much of a good thing. Some mushrooms can grow invasively, or be poisonous and pose danger to children or pets. Slime molds can irritate allergies and asthma. Luckily, adding cinnamon to your garden mulch or spritzing a cinnamon solution can inhibit the growth of mushrooms or molds without affecting your plants.

3. Cinnamon deters ants in the garden

Ants cannot stand the smell of cinnamon. If an ant inhales cinnamon, it suffocates and dies. Moreover, the spice confuses their sense of smell, which affects their communication with their colony. To combat the ant invasion in your garden, all you’ll need to do is sprinkle lines of cinnamon around your plants, at the foot of trees, or if you can locate an anthill opening, sprinkle some at the source to put them off.

4. Use it to drive away furry pests and other rodents

Rabbits, mice, moles, squirrels, and other rodents alike are easily repelled by the smell of cinnamon. The spice has a strong, spicy aroma and volatile oils that confuse their sense of smell. This goes for all fossorial pests and rodents that are low to the ground. You can dust cinnamon around your garden, hang cinnamon sticks from trees or dip cotton balls in cinnamon oil and place them around your garden to discourage them from visiting or burrowing nearby. If you’re looking to deter garden slugs and snails, a natural way to do so is by spraying your garden with caffeine! Coffee grounds are a natural alternative to prevent pests and can be used in many other ways to help your garden thrive.

5. Cinnamon is effective against many mites and bugs

Mites such as blister mites, citrus rust mites, and spider mites appear similar to ticks, but they are much smaller with round bodies. These little insects are pests to over 180 plant species. Mites attack plants by piercing their cells and feeding off their moisture, which leaves yellow spots. Fungus gnats are small flies whose larvae infest soil and chew at the roots of plants, especially indoor plants and plants in greenhouses. Sprinkling cinnamon on the soil’s surface and on leaves regularly can repel these pests and disrupt their breeding cycle.

6. Use cinnamon to discourage mosquitoes

Mosquitos can be a nuisance; from their distinct buzzing noise to the itchy bites they give, eliminating them completely isn’t really possible, but less is more with this insect. Cinnamon oil extracted from cinnamon bark is widely used to make natural mosquito repellent. Properties in the oil such as eugenol and cinnamyl acetate confuse their pheromones, making them effective fighters against mosquitoes. Sprinkle cinnamon generously around your garden and mix it in with mulch, especially after heavy rains as mosquitos thrive in wet weather.

Cinnamon is a fantastic rooting agent because it can encourage stems to produce more roots, all the while fighting against harmful fungi. To reap the benefits, simply put a spoonful of cinnamon onto a paper towel and roll damp stem ends in the spice, thereafter plant the stems in fresh soil. It’s important to disclose that the spice doesn’t contain any hormones that grow roots. However, by preventing fungal infections, root development can happen at a faster rate. You can use hydrogen peroxide to boost root development, which will also help deter fungal growth.

8. Heal plant wounds with a sprinkle of cinnamon

Plants are constantly exposed to environmental and mechanical stresses that cause wounding, which makes them vulnerable to microbial pathogens. The wounds provide nutrients to these pathogens, which encourage them to enter into the tissue and infect the plant. As mentioned before, cinnamon has antifungal and antibacterial properties, which make it an ideal antiseptic. Dress your wounded plants with generous sprinkles of cinnamon to protect their injury from infection.

Rust plant disease is a soil-borne fungal disease that primarily infects woody and herbaceous plants like perennials. Not only does it infect the leaves with red-orange blisters and streaks, but it also appears on the flowers of plants as well. The fungal parasite thrives in moist conditions and lives off plants. Once its spores develop, they can be transferred from infected plants to healthy plants either by the wind or by water. The disease isn’t fatal in most cases.

However, it debilitates the plant, distorts its leaves, and hinders it from blooming flowers. Unfortunately, there is no direct treatment for plant rust. An infected plant should be discarded to prevent further infection. That being said, cinnamon can aid in preventing the fungus from developing. In between crop rotation, you can mix cinnamon into the soil as you plant so that its antifungal properties get to work on the fungal spores while your plants grow.

Need we mention anything more about this amazing spice? Saving and even improving your garden’s health from the soil right up to its leaves has never been this inexpensive and effective. Choose cinnamon to fend for your garden!

42 Stunning Garden Bed Edging Ideas That You Need To See

10 DIY Weed Killers You Can Make at Home

How To Grow Alfalfa Sprouts

Scroll back to top
17shares