7 Reasons Your Lavender is Wilting Skip to content
We are reader supported. External links may earn us a commission. 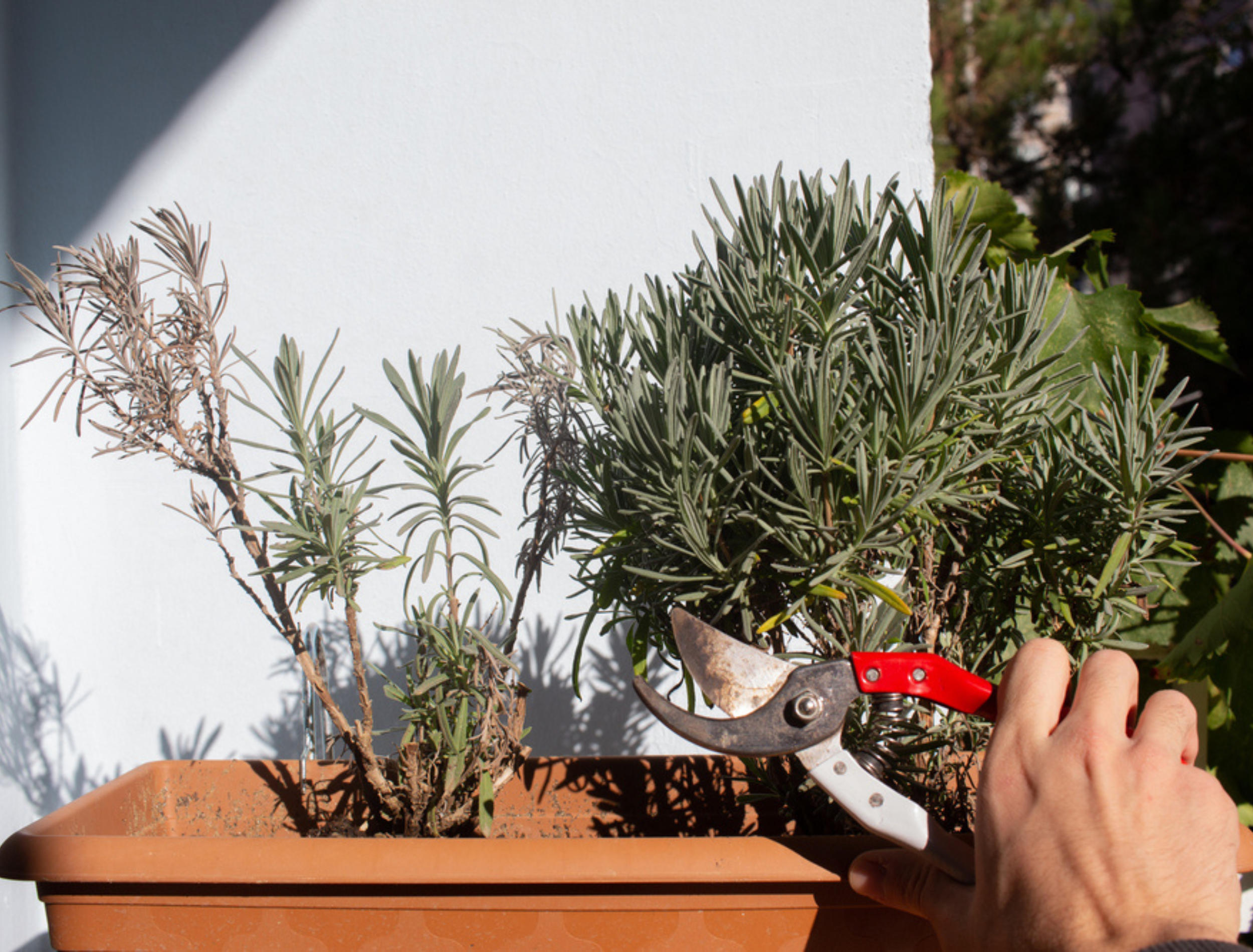 Growing lavender has several benefits. On top of looking and smelling fresh and relaxing, it helps keeps some bugs away from you and your garden. Plus, you can harvest its flowers and use them in cooking, potpourri sachets, essential oils, and decoration, among other things.

But what do you do when your plant looks a little less than happy? There are a few reasons that can cause your lavender to droop and wilt. Fortunately, most come with simple fixes to get your lavender back into fighting shape. Here are some issues potentially causing your lavender to wilt.

Lavender likes a healthy amount of water and the soil to be somewhat damp at all times. But if the soil doesn’t drain well, it can lead to issues like wilting. Overwatering can also lead to worse problems, such as root rot, which can do even more damage to your plants.

First, make sure your lavender is in a section of your yard (or a planter) that drains well. Be careful not to over-water your plant, especially in the wintertime. Douse your lavender thoroughly, so the soil is wet, and stop. Let the soil around the lavender dry out a bit, just until the soil is slightly dry and not wet before you water it again.

Lavender needs a full day of sun to thrive (at least six to eight hours), and if it’s not getting the rays it craves, it can start to wilt.

Not Enough Space Around Roots

This issue is more likely to happen if your lavender is in a pot or planter than if it’s in the ground in your yard. If there’s not enough space for your plant to grow, it can feel restricted and begin to wilt.

It’s time to transplant! Get a new pot, at least a few inches bigger than the pot your plant is currently in, and rehome it.

Whiteflies like to suck the sap out of your woody herb by landing on the bottom of the lavender’s leaves. They can leave a sticky residue on the plant, cause it to grow moldy, kill off leaves, and stunt growth. Some whiteflies can even carry and transmit viruses.

Start with a vacuum. A hand-held little dust buster should work fine, but if you only have a regular-sized sucker, you can use that just as easily. Use the vacuum to collect as many bugs as possible. Knock the leaves and branches around to help get the flies off the plant and into the nozzle of your vacuum.

Knock the plant free of any remaining bugs each morning and spray the leaves with water or an insecticide. If your plant is outdoors, try to attract enemies of whiteflies, like hummingbirds, to your yard to help clear out any infestations.

Root-knot nematodes are parasites that lock onto a plant’s roots and feast, depriving it of nutrients. They exist largely in the soil in places with hot climates and short winters.

If your plant is young and these parasites get a hold of it, it could spell the end of its life. If your lavender is more mature, you may see wilting, yellowing leaves and decreased yields.

Dig up your plant and remove infected areas. It may take a bit of work, but cutting out knotty roots and sections of the plant that look diseased will help get rid of the nematodes.

Clean your tools after using them on an infected plant, so the parasites don’t move through the rest of your garden. Throw trimmings and clippings away, but don’t compost them. Composting infected plant pieces can move the issue to another place instead of eliminating it.

Lavender is susceptible to certain kinds of root rot. Fungus like pythium and Rhizoctonia mainly impact stems and roots, while Phytophthora will impact roots and the crown of the plant. All three of these fungi can damage a plant, including causing it to wilt.

In some cases, you may be able to get away with just trimming the infected parts of the plant and disposing of the cuttings. However, in other cases, you may have to remove the plant in its entirety, as well as the soil around it, to effectively curb the problem.

It is another fungus that can cause your plant to wilt. Sometimes, an infected plant can wilt during the day and bounce back at night only to wilt again the following day. It can also cause the entire plant to wilt.

Other symptoms of fusarium wilt include yellow leaves, stunted growth, root rot, and a lack of flowering. If you cut a piece of the plant off and see brown or discoloration in the cross-section, the fusarium may be your culprit.

Similarly to other aforementioned fungi, you’ll need to trim off the parts of the plant that have been infected. If the entire plant has been claimed, remove it and the surrounding soil to rid your garden of the problem. Try not to use potting mixes or fertilizers high in nitrogen to help prevent fusarium from entering your garden bed.

Give Your Lavender Some Love

There are many reasons your lavender plant is wilting — a miscalculation in watering, not enough sun, or larger health issues at play.

Wilting and other symptoms may be able to help you determine what the issue is, and hopefully, the fix is as simple as changing your watering cycle.

Have any of these solutions worked for you? Let us know in the comments.

The Best Camping Chair in 2021

How to Grow Asparagus

21 Pool Fence Ideas for Your Backyard