7 Thrifty Ways To Reuse Potting Soil - Backyard Boss Skip to content
We are reader supported. External links may earn us a commission. 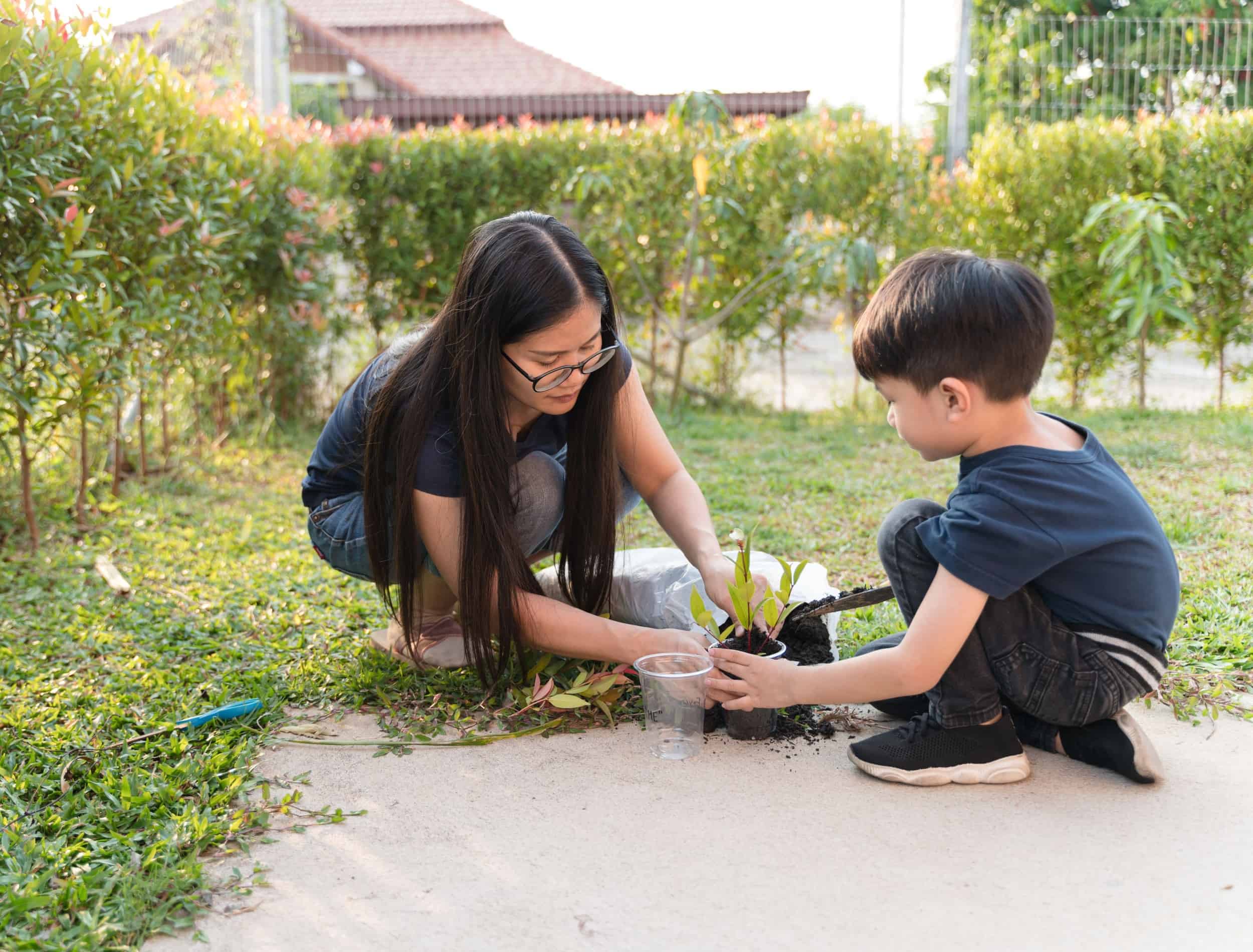 After spending months potting and growing herbs, flowers, and plants, the last thing you want to do is think about what happens once your pots are empty. So what can you do with old soil? Can you reuse it, or should you toss it out?

Tossing out used potting soil every season can drill a deep hole in your pocket! If your potting soil is bad or moldy, you can refresh it to reuse it in many other ways. Although, don’t use moldy soil if you are seed starting. Having a thrifty plan for the leftover potting soil is a satisfying way to finish the growing cycle and be more eco-friendly.

Here are seven thrifty ways you can reuse your potting soil so you won’t put your new plants at risk.

You can reuse the soil for other plants, provided the soil is healthy; Reusing diseased soil can harm your plants. If you suspect your potting soil is bad, it’s a good idea to refresh or sterilize it before using it for other plants. There are several different ways to go about this including: using a microwave, baking in the over, or using boiling water. If you’d rather do it outdoors, spread the old soil on a large tarp, cover it with a lightweight tarp, and let it bake under the sun. The covered tarp will trap heat inside that will help bake the soil and kill pathogens and weed seeds.

You can even use a soil conditioner to replenish the soil’s nutrient content, but remember to test the soil first, so you don’t overload it with nutrients. Too much of a good thing can be harmful.

If your soil has clumps of dead weeds, rocks, stones, or debris, you’ll need to remove them before using the soil for new plants. Since handpicking them will take forever, you can make your own soil sifter box to save yourself the trouble!

2. Add Potting Soil to Your Compost

Although soil is a blend of organic and inorganic matter, you can add it to your compost bin. Your compost bin will be made up of layers. The first layer of your compost bin is coarse plant material like twigs and branches. The second layer is between six and 10 inches, containing soft plant materials like leaves, clippings, and kitchen scraps. For the third layer, add 1 inch of soil and 1 cup of nitrogen (in the form of ammonium nitrate, blood, or bone meal) for every 25 square feet of the entire compost pile. Soil’s microorganisms and nitrogen will break down and decompose plant material and kitchen scraps so your soil retains all the nutrients needed to help your garden thrive.

Lasagna gardening—known as sheet composting—is a great way to use your old potting soil to create new raised beds. It is relatively easy and requires common household or gardening items, so it could be an option for most.

Start with layering old cardboard and newspapers, then cover them with old potting soil. On top of the soil, add mulched leaves, grass clippings, kitchen scraps, and other suitable organic matter. Unlike your typical compost that needs to be turned consistently, lasagna gardening is a one and done task – just lay the matter on top of one another.

Since you don’t need to dig or rake, lasagna gardening is ideal for busy gardeners who cannot handle the laborious task of digging and raking from year to year.

4. Dress Up Your Vegetables With Potting Soil

Although your old potting soil lacks nutrients, it still contains pieces of perlite, traces of compost, beneficial humus, and has few weed seeds compared to garden soil. As a result, old potting soil is ideal for covering newly planted vegetables and seeds that are slow to germinate. This topdressing of old potting soil can help retain moisture allowing your crops to flourish.

Old potting soil can be helpful if your yard is the hunger games platform for critters, moles, rats, and deer, who leave you with nothing but holes. Fill holes with old potting soil and smoothen them out to erase destruction.

6. Use It In Other Parts Of Your Garden

If potatoes are some of your favorite veggies, you can use old potting soil to grow potatoes in containers! Potatoes do well in acidic soil with lots of organic matter – the best thing to use is a soilless mix. With that said you’re probably thinking, “Where does my potting soil come in?”

Reused potting soil is great for vegetable container gardening. Incorporating small amounts of sterilized potting soil, along with the proper soil requirements for your chosen crop, you can quickly and easily recycle!

Shoots from perennial plants or offcuts from overgrown flowers are great presents for family and friends. If you want to gift them, you can use old potting soil to fill the containers or pots in which you wish to plant the shoots. Since gifted shrubs will most likely be repotted or transplanted in the garden, they won’t sit in the old soil for too long. This way, it doesn’t matter that the soil they’re in isn’t nutrient-dense anymore, as it is only a temporary home. Now, the soil’s life is extended and someone gets a thoughtful gift – It’s a win, win!

While it’s wonderful to try and reuse whatever you can in your garden, remember to discard old soil that contained a diseased plant. This is because your old potting soil could still be carrying pathogens and bacteria that could infect your other plants. However, as a conscientious gardener, you should sterilize the soil before reusing it.

Hopefully, the article was helpful to you! Let us know your experiences and any questions you may have in the comments below. Also, don’t forget to share the article if you liked it!

The Best Front Yard Chairs for 2021

3 Types of Apple Trees You Can Grow in Your Backyard

How I Trained My Dog to Tent Camp

Scroll back to top
40shares