Snow Blower Two Stage vs Single Stage: Which is Best For Your Job? Skip to content
We are reader supported. External links may earn us a commission. 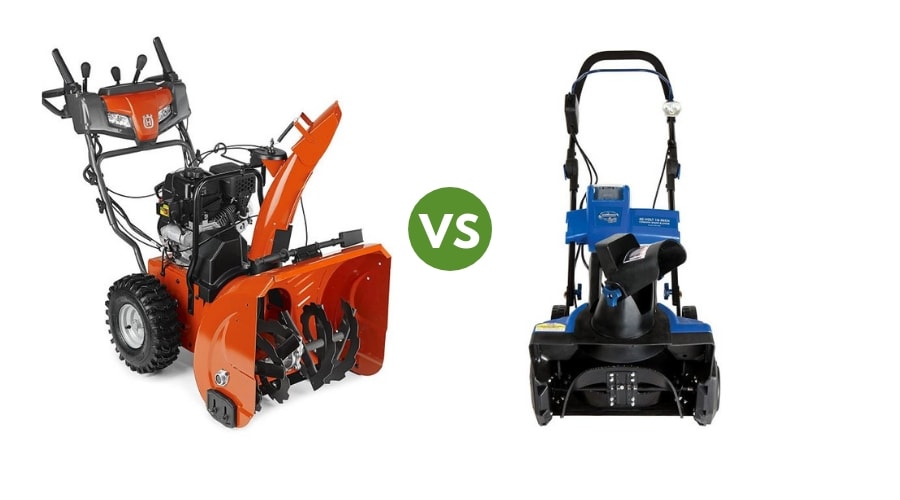 The first step in purchasing a snow blower is recognizing that you need one. This could be inspired by moving to a colder, more snowy place, wanting to use a snow removal method that puts less stress on your body than shoveling, or deciding that you never want to touch a shovel again.

If it’s the last one, trust me, I’ve been there.

The second step in purchasing a snow thrower is deciding what stage you want. Most people will either buy a single-stage or dual-stage model. If you didn’t know snow blowers have stages and have no idea which is right for you, don’t worry.

This comprehensive guide will explain everything you need to know about single-stage and two-stage snow blowers, describing the different stages in details and listing their advantages and disadvantages.

Dual Stage: No Job too Big 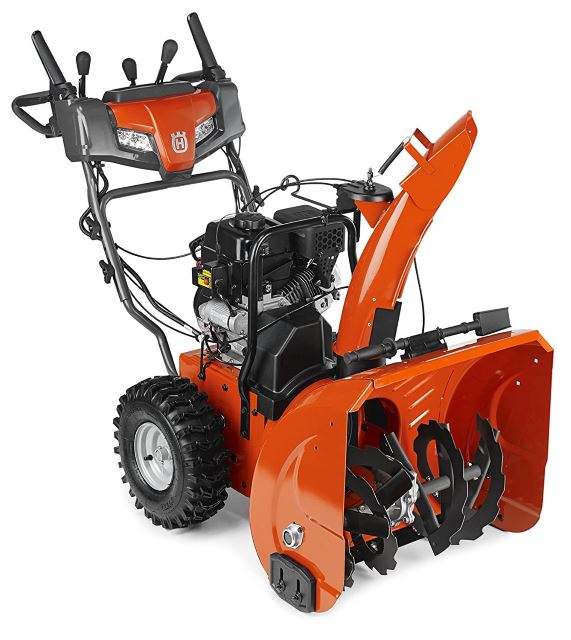 A dual-stage, which is also known as a two-stage, snow blower is a much stronger piece of equipment than a single-stage machine. It’s capable of handling more snow, in regard to height and weight. This machine can mow through tall, wet snowbanks and even process icy snow.

However, two-stage snow throwers do have their drawbacks. Their strength and power comes at a cost. While these machines will have no trouble clearing your sidewalks and driveway, they may also clear out your wallet.

One benefit of two-stage snow blowers is that they work on gravel driveways. That’s because they don’t clear all the way down to the ground so they don’t pick up gravel. However, this also means that they will leave a thin layer of snow behind them so you’ll have to follow them with a shovel. 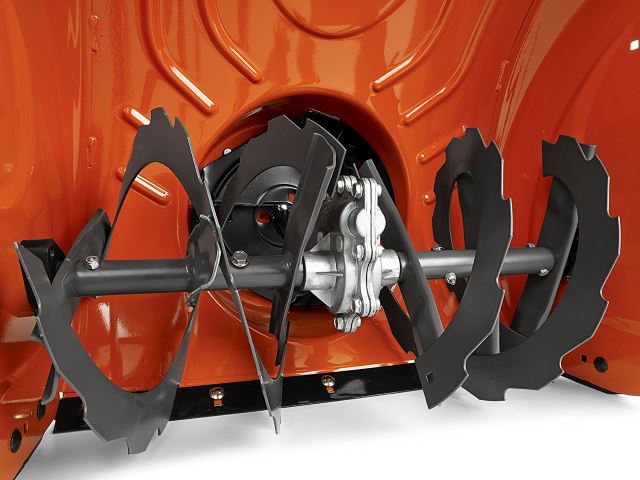 You may be wondering, where exactly does the name “two-stage” come from?

In dual-stage snow blowers, one auger assists in cutting, chopping, and taking in snow while the other auger, often called in impeller, launches the snow out and away from the path you’ve cleared. The auger that helps take in snow and ice can often come in a variety of choices depending on your needs. 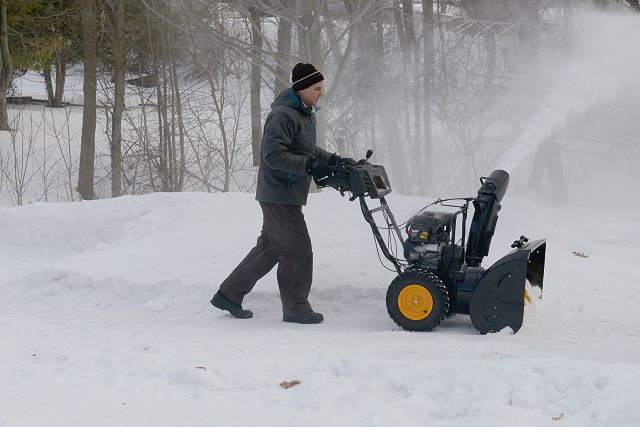 These machines can handle quite a bit of snowfall, with some touting the ability to handle two feet of snow. Many have admirable clearing widths that range from 20 inches to 30 inches wide, which enables them to cover large areas.

Because of the dual-action augers, you also can get through heavy, wet snow and ice easily, and in some cases toss it up to 50 feet away from your path.  These machines can even take on the nasty, icy, chunky surprises that snowplows leave at the end of your driveway.

Plus, because the first auger doesn’t touch the ground and is slightly angled, you can clear uneven ground surfaces, such as gravel. This is very handy because it ensures you don’t compromise the blade if you do have an uneven surface along your property, and also lets you clear out more areas throughout your yard, including pathways across your lawn.

Because of how heavy these machines can be, most are self-propelled with on average, 4 forward speeds and 2 reverse speeds. This takes the burden of pushing off of you, enabling you to easily handle these beastly machines. Also helping, the rear tires on two-stage snow blowers generally have a power-assisted drive system to help you get moving in the direction you want to go.

Overall, with power, efficiency, and convenient features, there is a lot to love about two-stage snow blowers.

If you want to make an environmentally friendly choice, or don’t want to deal with gas and the frequent maintenance it results in for snow blowers, you may want to stick with a single-stage electric snow blower. Electric snow blowers are super simple to use and don’t require you to frequently change their spark plugs, oil, air filters, and so on.

Many two-stage snow blowers can be bulky in size, which limits what spaces they can get into and where they can be stored. In recent years though, brands have been working on making them more and more compact. There also is the issue of weight- two-stage snow blowers tend to be heavy which can inhibit how you maneuver them especially when they’re not on and benefitting from self-propulsion.

Also, the same tilted auger that allows you to clear uneven surface also means that a slight skim of snow will be left behind in areas you cover with your snow blower. If you are looking for a clean surface after you complete your snow blowing job, be prepared to run a wide snow shovel or snow brush over what is left over.

Single Stage: No Job too Small 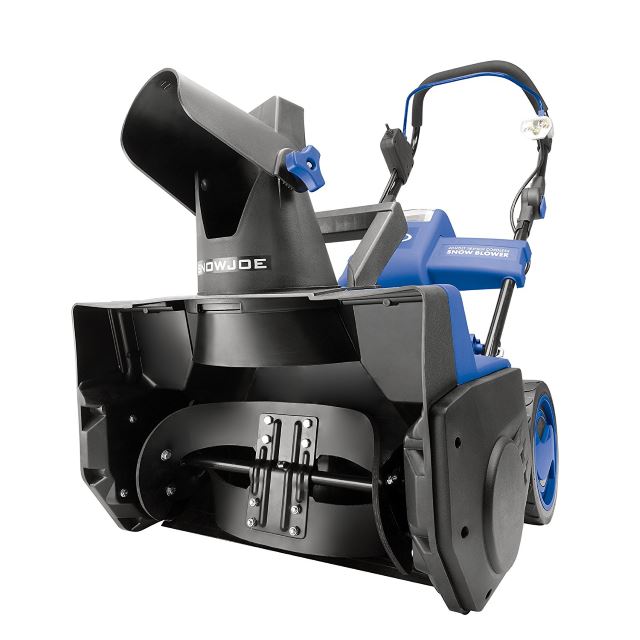 For people who live in areas with light to moderate, infrequent snowfalls single-stage snow blowers are an excellent choice. Not only are they fairly simple to operate, making them a good option for individuals new to snow blowing, they are also much more affordable.

Of course, they aren’t as powerful as two-stage snow throwers, so their snow removing capabilities are much more limited. If you don’t live in a place with frequent blizzards though that could be totally fine.

Single-stage snow blowers clear snow all the way down to the ground which means that you don’t have to follow them up with a shovel, saving you time. However, that also means that they don’t operate well on uneven surfaces and gravel. 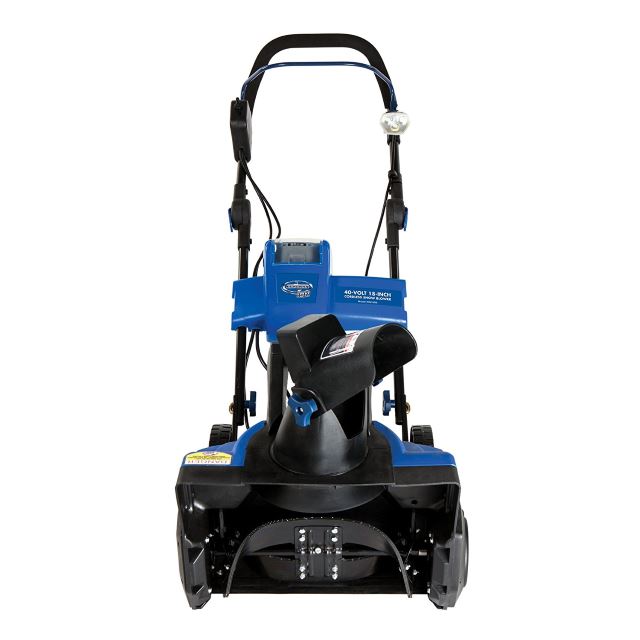 As I already mentioned, single-stage snow blowers get their name from only having 1 auger. The auger that they have works to both take in snow and to toss it out of the snow blower and away from the path you have cleared.

This motion of taking in snow helps to self-propel the machine as it eats through the snowfall in its path. Obviously though, since these machines only have 1 auger, they are much less powerful than two-stage snow blowers. 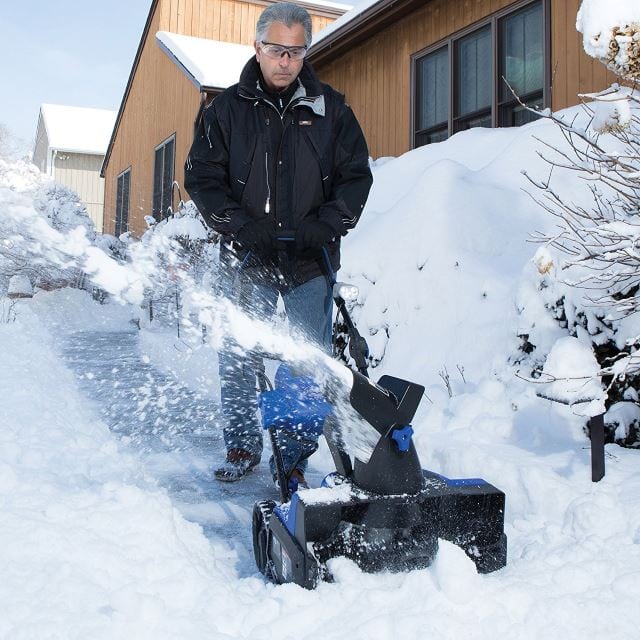 Single-stage models work really well on light snow that’s less than 8-inches high. Interestingly, most two-stage snow blower are actually ineffective at picking up light snow and just end up pushing it around. Just because they have more power doesn’t mean they can do everything single-stage snow blowers can do.

Since a single auger system doesn’t require quite as much power a dual auger system, single stage snow blowers can be powered by gas or electricity. Electric blowers require very little maintenance too, making your job that much easier.

Although they aren’t quite as powerful as two-stage snow blowers, single-stage snow blowers can still toss snow up to 30 feet away. Plus, since they are lighter and smaller, they are also easier to maneuver in tight spots, like narrow paths and smaller driveways, and may be lifted on to decking or porch surfaces as well.

The front auger also sits more flush on the ground, making your clearing of snow look crisp and clean as not layer of snow will be left behind. Not to mention, single-stage snow blowers are much more affordable than two-stage models.

While there’s a lot to love about single-stage snow blowers, if you live in an area that receives large snowfalls regularly, or that often receives heavy, wet snow, they are definitely not the right choice for you.

The auger sitting flush with the ground is a positive when it comes to completely clearing snow away, but it also restricts these snow blowers from being used on uneven surfaces. If you try to use a single-stage model on gravel you may end up picking up gravel which could result in it damaging your discharge chute.

Single-stage snow blowers also don’t throw snow nearly as far as two-stage models because they only have one auger. Of course, they can still typically throw it 20-30 feet in the air which isn’t too shabby.

What is the Difference Between a Single-Stage and a Two-Stage Snow Blower?

Two-stage gas snow blowers are powerful machines. If you live in an area with heavy wet snow or have large areas to clear, a two-stage snow blower is ready for the job.  A model with engine-driven wheels could cut through the snow at a rapid rate, even after a heavy snowfall.

Do I Need a Single-Stage or Two-Stage Snow Blower?

To determine which kind of snow blower you need the main thing you need to take into account is the type of winter weather your area normally experiences. If you receive wet, heavy, frequent snowfalls a two-stage snow blower is better for you. If you often get light to moderate snowfalls, a single-stage model is the best option for you.

A dual-blower is definitely the more powerful and durable of the two, but it also costs much more, is more limited in choices, and is built specifically for areas with heavy snow. The single-stage snow blower is a more practical choice altogether concerning cost and efficiency. However, it won’t work on heavy snow as well, which you should take into account if you live up North.

That being said, I have used both in areas that receive regular snowfall, and as long as you stay on top of clearing snow, single-stage blowers still function pretty well in Northern climates. But I did find the dual-stage to work better on heavier, packed snow that I couldn’t always get to right away.

Hopefully, this guide has cleared up all of your questions on single-stage and dual-stage snow blowers, allowing you to choose the best one. Both of these machines are excellent snow removal tools that will revolutionize how you deal with inclement winter weather.

Let me know if you have any remaining questions in the comments below, and if you found this guide helpful be sure to share it!

How To Maintain Your Snow Blower

How Does Power Steering Work on a Snow Blower?

The Best ATV Snow Plows to Get the Job Done

Scroll back to top
25shares