Spa VS Hot Tub: Which to Choose? - Backyard Boss Skip to content
We are reader supported. External links may earn us a commission.

While vacations are nice, investing in the comfort of your own home should be ultimate lifegoal, financially speaking. Home is where you always return after a long day, a place where you get to share memories with your family and personalize according to your own preferences. It seems only natural to strive to create a soothing home environment, particularly when you’re willing to invest in items that aid to your comfort.

Hot tubs and spas are two product examples for those who want their own slice of Heaven without leaving the comfort of their own home. There is a lot of confusion when it comes to defining these two products, but hopefully you’ll understand more once you’ve finished reading this article.

Both spas and hot tubs are used for recreational purposes and, when drawing a line at the end, they both seem to be quite familiar to one another. They both heat up water, they can both fit between two and six people, and they both can be found indoors or outdoors. However, on a semantic level, a spa has a very different definition compared to that of a hot tub.

While often used as a synonym for “hot tub”, a spa actually has a much broader definition. In all fairness, a spa is a place where people would go to take medicinal batch. When thinking of the word “spa”, you usually associate with a fancy place of relaxation, but it’s usually a location that’s rich in spring water with healing minerals. However, “spa” is also an American term that’s associated with hot tub, looking to describe a large water container that features strong jets.

But, on a more worldwide level, “spa” can mean anything from a foot spa, a sort of beauty salon, a spa resort for medical travels, or even mud baths. 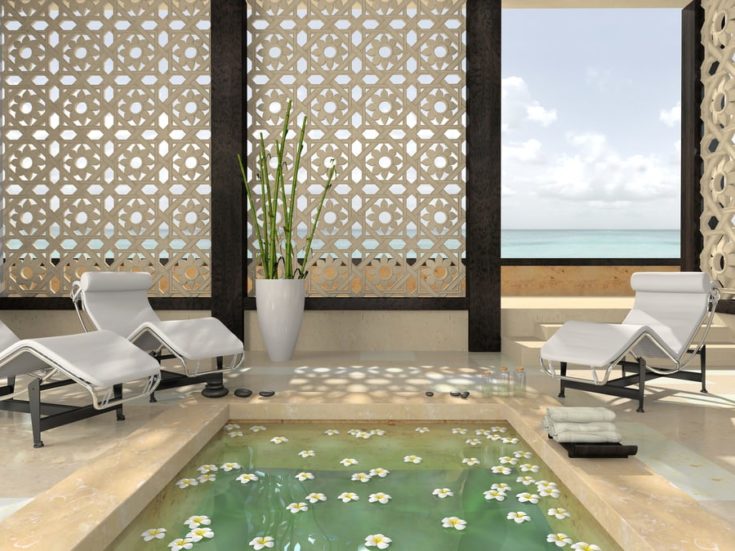 Spas are generally built inside the ground and can’t be relocated. They can either be stand-alone structures or can be connected to a swimming pool. It generally has its pumping systems connected to those of the swimming pool if any. Recently, manufacturers have started making portable spas as well, and probably that’s where the spa/hot tub confusion began.

When thinking of a spa, you should generally picture a separate body of water that’s connected to your swimming pool. In such a case, the setup of a spa that shares a plumbing system with that of the swimming pool will cost less compared to a standalone spa.

However, spas generally take a very long time for the water to heat up, which translated into more energy consumption and a larger electricity bill.

While they might look the same, the major differences between a spa and a hot tub lie in the components and the structure of each of these. By definition, a hot tub is a pool of water that also features massage jets and is used for relaxation or therapeutic purposes for pain and sore muscles. 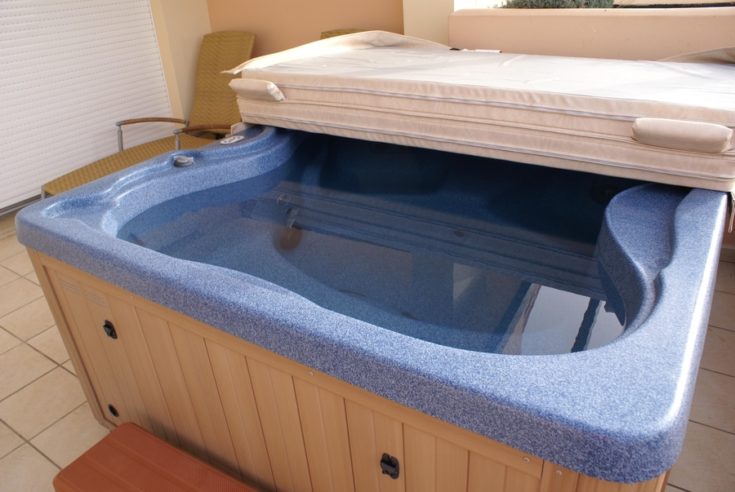 Hot tubs are stand-alone structures that can be placed above or in the ground. They have multiple components as part of their plumbing system, including filtration system (which help keep the water clean), suction systems (to return water to the pumps), pressure systems (fueling the jets with water), air blowers (to give the water in the jets a massage effect), and ozone system (also for water maintenance).

As far as the actual construction materials are concerned, hot tubs can be inflatable PVC tubes (which can be deflated and stored when not in use for longer periods of time), or they can have a fiberglass hot tub, or even be made from wood, cement, or acrylic.

Just as the name suggests it, hot tubs that heating systems which are typically electrical, but also be based on a gas-heating system. There are also a few features that rely on a wood fire to heat the water, and also a few ones that warm-up thanks to solar power.

Hot tubs generally have good insulation, because this is a factor that helps determine their efficiency. These insulation systems come in many different forms: some of them have cabinets filled with foam, while others have insulation on the underside of the shell.

Hot tubs aren’t always drained of their water after each use, which makes sanitization a very important part of product maintenance. Hot tubs need water that’s not too acidic, not too alkaline. It must be kept free of microorganisms. Thankfully, there are many suitable products out there that help with keeping the water inside the hot tub clean. Also, products such as non-chemical ozonators can be used to aid in the sanitization process.

In the end, the differences between a spa and hot tub aren’t really that grand in order for it to truly make a difference which one of these you opt for. They can both provide excellent spots for relaxation, while enjoying a nice bubbly massage in the comfort of your own home.

If we were to guide our knowledge based on the definitions of each, a spa is typically a pool attachment, one that shares the same plumping system as the pool itself, and is typically at ground level. A hot tub is a standalone structure that can be placed above the ground or installed to be at ground level, and has its own plumping system, independent of other structures.

19 of the Best Places to Buy a Hot Tub

Scroll back to top
11shares