Are Succulents Poisonous to Dogs? - Backyard Boss Skip to content
We are reader supported. External links may earn us a commission. 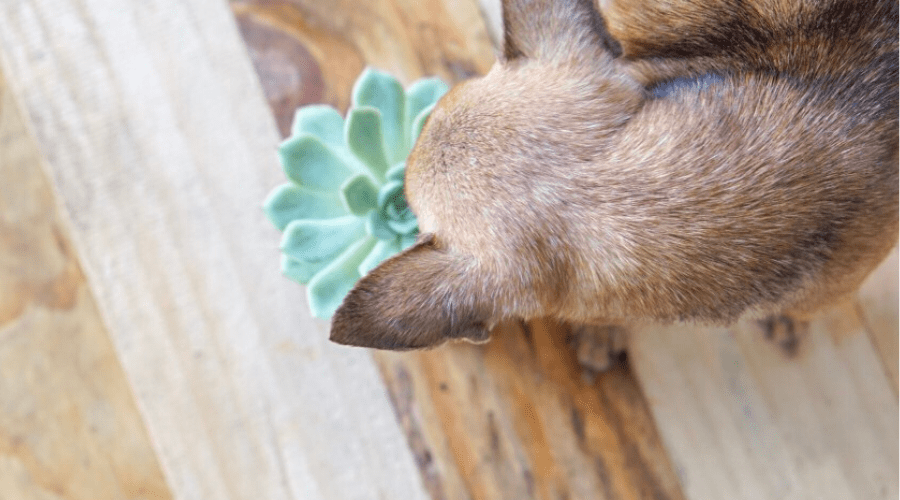 Succulents are plants that are super easy to grow, which is why a lot of people choose to have them. You can go up to 15 days without having to water one of these babies, so they kind of seem like the perfect plants for beginners, people who are lazy, or people who forget. But are they a good option for people who have dogs?

Which Succulents Are Toxic to Dogs?

What Happens If a Dog Eats a Succulent?

This, of course, depends on the exact type of succulent and the number of toxins ingested. Most dogs will experience stomach problems when being poisoned by a toxic plant, and these include nausea, vomiting, diarrhea, constipation, a tender/swollen stomach, etc. Some of these toxins can go further and cause a series of more complicated problems, including heart disease.

Are Succulents Safe for Pets?

With some exceptions (like the ones we mentioned earlier), yes. Even if there are certain varieties of succulents that contain toxins that might be extremely harmful to your pet, these types of planets are mostly safe. There are plenty of succulents that won’t poison your pet, including ponytail palm, Christmas cactus, tree cactus, copper rose, burro’s tail, and others.

What Plants Are Toxic to Dogs?

Dog owners know that these amazing four-legged companions would put just about everything in their mouths, which is why it’s very important for owners to know which plants are ok to be around the house and which ones are toxic. Some of the plants that are toxic to dogs (and the symptoms they display) include:

Is Lavender Toxic to Dogs?

This question has a more complicated answer than you think and here’s why. The lavender plant itself contains a compound which is known as linalool. This particular compound is toxic to cats and dogs alike but since it’s present in a very low quantity, it’s usually not a threat.  However, if your dog happens to ingest a large quantity of lavender, then they are prone to poisoning.

Should this occur, the dog will start showing symptoms which include vomiting, constipation, lack of appetite, stomach swelling or tenderness, and even fever. Take your doctor to the vet immediately if you suspect they have lavender poisoning. Treatment includes IV fluids mostly, as the goal is to flush the toxins out of the dog’s system.

Which Plants Are Not Toxic to Dogs?

Thankfully, the list of plants that’s not poisonous to dogs is longer than the list of plants you’ll need to keep your dog away from. Some of the most common house plants that are safe to grow around dogs include spider plants, tillandsia, Boston ferns, staghorn ferns, prayer plants, rosemary, cat grass, bluebird succulents, and others.

Having plants is great, having dogs is even more awesome, but what if you had to choose between the two. Even if we are used to seeing dogs outdoors, running and playing around, and chewing on just about everything, it’s important to know that there are certain plants that your dogs shouldn’t come in contact with.

Some plants can cause problems simply when the dog’s skin comes in contact with them, while others are dangerous only if ingested because of the toxins they contain. Whatever the case, it is the duty of the pet owner to make sure the plants that dogs have access to are safe to be around.

34shares
Scroll back to top
34shares