The History of Texas BBQ - Backyard Boss Skip to content
We are reader supported. External links may earn us a commission. 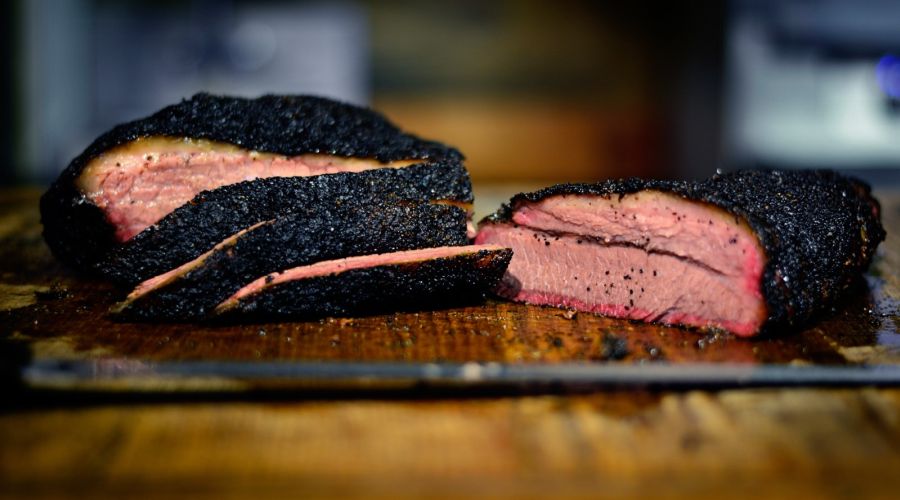 Like everything else in Texas, barbecue is the stuff of legends. With its four distinct styles, any barbecue discussion is sure to boil down to which kind is best, or who serves the most delectable brisket. Talking about barbecue is as much a Texas tradition as eating it. In Texas, barbecue is serious business.

Smoking meat to preserve it is an ancient worldwide tradition. The Caddo Indians smoked excess meat as much as 10,000 years ago to preserve their supply. It could be argued that they are the original barbecue pioneers in Texas.

In the late 1600s, Spanish missionaries and soldiers moved into the southern region of what is now modern-day Texas. They brought with them their tradition of barbacoa. This cooking method involved wrapping seasoned meat in maguey leaves, which were then buried in pits with hot coals. Open-pit smoking of marinated meat was another common method used.

Goat was frequently used in both methods. Goats were preferred since they could forage for food and provide milk until slaughtered. A goat was also a more manageable amount of meat to have available at one time. Goat is still available at some Texas barbecue restaurants, and the World Championship BBQ Goat Cook-off is held annually in Brady.

During the 1800s settlers moved into the Texas territory. Many were from the South, and they brought their tradition of barbecuing with them. Slaves often accompanied the settlers, who largely came to plant cotton in the fertile soil of East and Central Texas.

Southern barbecue was mainly pork, with a sweet, tomato-based sauce. Pork was the preferred meat in the South, because hogs, unlike cattle, could be turned loose to forage and then recaptured later when needed. Pork with sweet sauce is still a hallmark of East Texas barbecue.

Perhaps the most important immigrants in the history of Texas barbecue were the Germans, Czechs, and other Central Europeans who settled in northern and central Texas. These groups began arriving in the 1830s, and they brought Old World smoking technology and traditions with them. Their smokers were enclosed and usually made of brick. The introduction of enclosed brick smokers became vital once health codes were introduced in the early 1900s. These codes prohibited the use of open pits for commercial cooking purposes.

Most communities had a butcher, who smoked meats that hadn’t been sold to preserve them. Unsold cuts were often considered inferior parts like brisket. The tougher cuts were smoked both for preservation and to make them more palatable and flavorful.

After the Civil War, the great tradition of cattle ranching began. West Texas was the epicenter of the cattle industry. Legend has it that the cowboys who herded the cattle used open pit barbecues. This is unlikely since they were always on the move following the herds. Barbecuing is by definition a slow process.

However, some ranchers partially paid the hired help with inferior meat cuts, and these were often smoked in open pits at the ranch. Cattle ranching resulted in cheap beef prices, and beef soon predominated across the state.

Over time the boundaries between the various styles were blurred. This blending was accelerated by the annual movement of cotton picking crews across Texas. Like today’s wheat harvest crews, many people followed the cotton harvest northward from the Rio Grande to the Panhandle. The pickers were mainly African American and Mexican.

When the picking crews were in town, they needed cheap food. Brisket with crackers was a popular choice. The local butcher shops and grocery stores capitalized by selling smoked meat to the itinerant crews. Enterprising citizens would also set up temporary shops, smoking and selling barbecues from dusk to dawn. This led to an explosion of barbecue joints all over the state.

To Sum it Up

Settlers brought their own take on barbecue to the different regions of Texas. They even have their own traits such as the rub they use, the type of wood they cook over, and the temperature they cook at. But there is one thing they can all agree on – Brisket!

What is Grass Fed Beef?

Pellet Smoker vs. Charcoal Smoker: It's More Than Flavor

Natural Gas vs. Propane Gas Grill: Which One Is Best for You?