The History of Fertilizer - Backyard Boss Skip to content
We are reader supported. External links may earn us a commission. 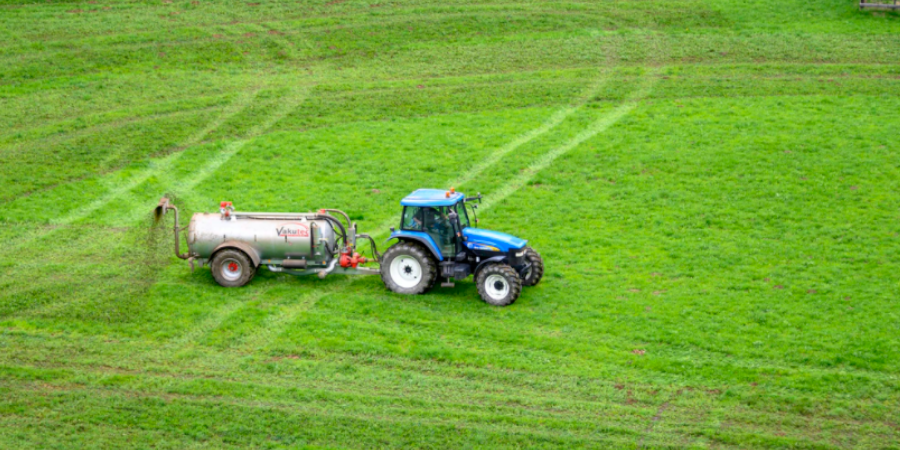 Keeping your garden lush and healthy requires a lot of skill and patience. However, one of the most important tools for a lawn or garden is high-quality fertilizer. Keeping your vegetation fed and giving it the nutrition it needs ensures that it will stay viable and strong, even throughout the harshest winter months.

While fertilizer has changed a lot over the years, the concept of feeding plants the compounds and nutrients they need isn’t new. In fact, there is a lot of history of fertilizer and the feeding of crops. Without it, we might not have the types of plants or food available to us today.

Fertilizer can either be a natural or artificial substance that contains nutrients, and compounds plants need to survive and thrive. It can be made of animal manure or other elements, and both protect the soil and enriches it with the correct balance of chemicals. Many times, fertilizer is meant to help replenish the nutrients in the soil that have been removed by harvesting those crops in the past.

The early history of fertilizer goes back to pre-recorded history. People all over the world, including ancient Babylonia, have used some form of fertilizer to help their crops yield better results and stronger plants. Egyptians and Romans both used fertilizer to create some of the first centralized civilizations centered around agriculture.

In the Andes, bat guano had been used as a fertilizer since at least the 1500s, and this method was used up to the 19th century. The idea of using animal manure to help crops grow can be traced back to ancient times and continues to this day with the use of treated biosolids.

During the 18th century, agriculturist Johann Fredrich Mayer brought the idea of using gypsum and minerals to facilitate the growth of crops in Europe. Later, it was found that gypsum contained large amounts of sulphuric acid, which was the primary ingredient that promoted health in vegetation.

During the 18th century, other agriculturists found that the ashes of turf and other organic materials worked as well as fertilizers. It was largely due to the amount of sulfate of iron and sulfate of alumina, which has the same effect as gypsum.

In the 19th century, people began to understand the needs and nutritional makeup of plants and crops. Justus von Liebig espoused theories that ammonia was one of the most important compounds in plant growth and other inorganic materials. While many of his theories have since been disproven, he was incredibly influential in the field of plant growth and plant nutrition.

The 20th century saw the development of large-scale industrial fertilization in crops and big agriculture. In 1927, a method of producing nitro phosphate was introduced by Erling Johnson which changed the landscape of fertilizers for all of Europe and North America.

Use Fertilizer for a Lush and Healthy Garden or Lawn

Since ancient times, people have been using fertilizers to make their crops or gardens as rich and healthy as possible. By introducing the nutrients that plants need to grow crops have been able to flourish in places where people might otherwise have gone hungry. It has been a boon for the agriculture industry and civilization as a whole.

By understanding the history of fertilizer, you can see why it is such an important step in your lawn or garden. If you want plant life that is viable and healthy no matter where you live, this is not a step that you should be skipping.

Do you have a fertilizer that you use and love? Let us know about it in the comment section below.

The Best Cordless Drills for Your DIY Projects

Best Backpack Sprayers: How They Work & What to Buy

The Best Vertical Gardening Books in 2021