8 Types of Garden Pests Most Common in the Fall - Backyard Boss Skip to content
We are reader supported. External links may earn us a commission. 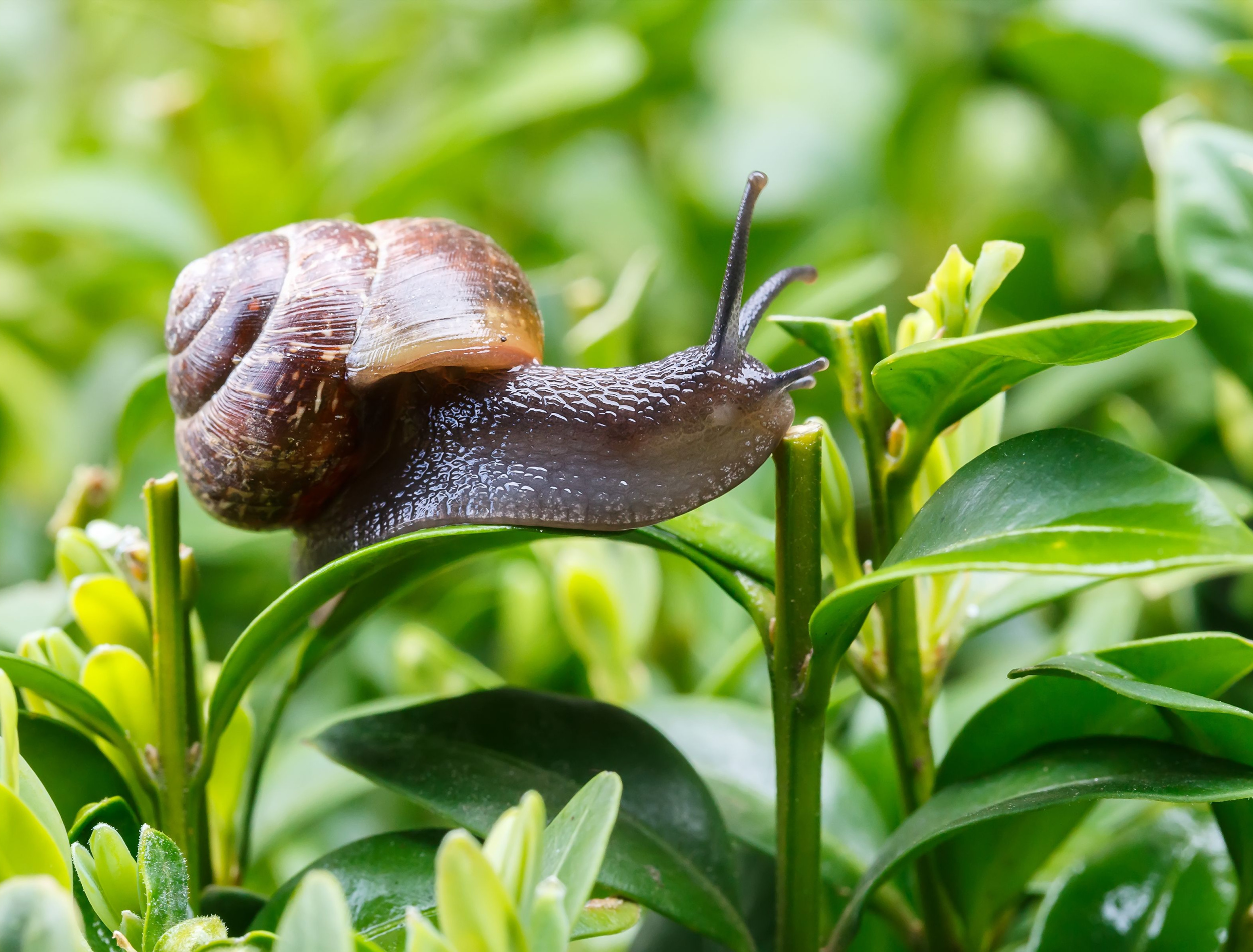 Fall is a favorite season among many gardeners. Plants also enjoy the benefits of the cooler weather. However, like the other gardening seasons, fall presents a host of garden pests. These pests will prepare for winter and re-emerge in your garden next spring. It’s important to recognize these pests and not mistake them for beneficial insects as they will seriously damage your outdoor and indoor plants.

To care for your garden and also prepare for a healthy spring, inspect it regularly and watch out for these eight garden pests that are most common in the fall.

Aphids are known as one of the most common garden threats. Although an aphid comes in a variety of plant-specific species, its effects and management are similar.

Aphids start to invade gardens in the spring, hatching from overwintered eggs. Over the summer, an aphid will multiply and create easily visible colonies that are difficult to treat. If left unmanaged until autumn, these sap-sucking insects would be highest in number and start to overwinter.

An aphid feeds on plant sap or plant juices and could transmit viruses around the garden. Before an aphid takes over your garden, you can check for yellowing, yellow spots, and curling leaves that have a sticky substance when touched. Additionally, watch out for nearby ant colonies.

Although bacillus thuringiensi is an effective treatment for caterpillars, you can spray it in your garden and on the underside of leaves to prevent aphid infestation and eliminate other insect pests. Remember to remove any infected leaves with brown spots or infected plants. Also, be sure to keep the garden clean and free of garden debris to prevent aphid and fungus gnat infestation.

They do the most harm as larvae and could feed on your garden to the point of defoliation, which can kill the plant. Upon identifying the issue, it’s crucial to address it immediately using a strong spray combination of pest repelling and eliminating techniques since some pesticides and organic sprays are not enough.

If allowed to reach second and third generations, your garden will be host to Colorado potato beetles from all life stages. It’s an uncontrollable situation that can last until fall and turn over to the spring. You may benefit from releasing beneficial nematodes into the soil to help control these pests.

Watch out for both the spotted and the striped cucumber beetle species, each with yellow shells and black markings. Although they have different habits, both favor cucurbit plants as hosts.

Immediately after hatching, their larvae will feed on plant roots, making it difficult to notice any issues. Often, you’ll only notice them as adults when they’re munching on foliage, plant tissue, stems, flowers, and fruits. They’re also common carriers of bacterial wilt, which could be fatal for your garden plants.

For these common pests, start with nonchemical techniques and monitor the foliage to determine your next move. If they’re still present when fall starts, it’s vital to treat them with low-impact pesticides before they’re given the chance to overwinter.

Cutworms can be identified by their smooth and dark-colored bodies that are usually wrapped around a plant base for feeding or curled in a C-shape when disturbed.

They can quickly cut plants down when they feed, and those with soft or weakened stems are particularly at risk. Although they’re not picky eaters, they’re often found terrorizing cabbage, tomato, pepper, and pea gardens, among other popular vegetables. Their hotspot? Leaf undersides. They stay out of sight until the damage is done.

As with most caterpillars, they grow into moths that cause damage by kickstarting a new cutworm generation. If their larvae are left in the garden in the fall, the cutworm problem will carry over next year. You may benefit from using diatomaceous earth as a protective shield around your plants or release beneficial nematodes into the soil to help control these pests.

You’ll know you have a cabbage looper in your garden when you find large irregular-shaped holes in the leaves of the lower half of your entire plant and other vegetable crops. Although these predatory insects love cabbages, broccoli, and kale, they’re also known to eat tomatoes, potatoes, radishes, and other garden vegetables.

If you’re unable to remove these plant bugs before fall and you don’t clear out your garden from plant debris, their presence may carry over to the next season. Treat leaf undersides with a safe herbicide as a protective shield against these pests.

Flea beetles are a pesky threat to vegetable gardens that last throughout the whole growing season and, if unmanaged, will overwinter and reappear next spring.

Adult beetles have strong back legs that help them jump between plants and leave behind rounded irregular holes in plant leaves that may cause leaf drop. However, the real threat is bacteria like wilt and blight that they could carry and spread.

Sadly, a continued spring-summer infestation that weakened and stressed your garden could help the beetles thrive during fall and overwinter in large numbers. Fortunately, to prevent flea beetle damage, sticky cards, sticky traps, and natural repellants like catnip and basil can help manage them before that point.

They mature into moths that hatch hundreds of eggs on lower plant leaves, causing severe damage to healthy plants. As larvae, they feed on the central part of the plant and blend in very well with their surroundings, usually targeting cabbages, broccoli, cauliflowers, and similar vegetables.

They can significantly decrease your yield and, in case of heavy infestations, could fully consume your plants since they’re so hard to spot and control. Upon spotting several white moths with black spots and yellow undersides, immediately treat your crops against imported cabbage worms.

Snails love moisture and thrive in autumn rains, especially if it’s still warm. Unsurprisingly, their feeding and reproduction habits make them one of the most frustrating pests to have.

They’re not picky eaters and feast on succulents, foliage, flowers, and fruits regardless if the plant is dead or alive. If not for their mucus trails, they’re easy to mistake as caterpillars, thanks to the irregular plant holes they leave behind.

Additionally, due to being hermaphrodites, snails reproduce quickly in large numbers, often laying eggs right before winter. When they lay eggs in late fall, spring could greet you with an even bigger snail problem than before.

After starting your fall garden, if you find a pesky infestation, don’t be overwhelmed! Tons of gardeners have been able to drive away these pests before, and there’s no doubt that you can too. Once you’ve identified the problem, treating it is easier as long as you use good research.

A recommended go-to treatment is a homemade pesticide solution made from this organic neem oil concentrate that eliminates harmful insects without harming anything else. Though it doesn’t work for all pests (looking at you, snails), it’s a great preventive measure.

You May Also Like: 10 Organic Ways to Control Garden Pests

11 Plants That Grow in Loam Soil

5 Houseplants Anyone Can Grow

7 Reasons To Use Topsoil in Your Garden

Scroll back to top
18shares