What Happens If You Eat Snow? - Backyard Boss Skip to content
We are reader supported. External links may earn us a commission. 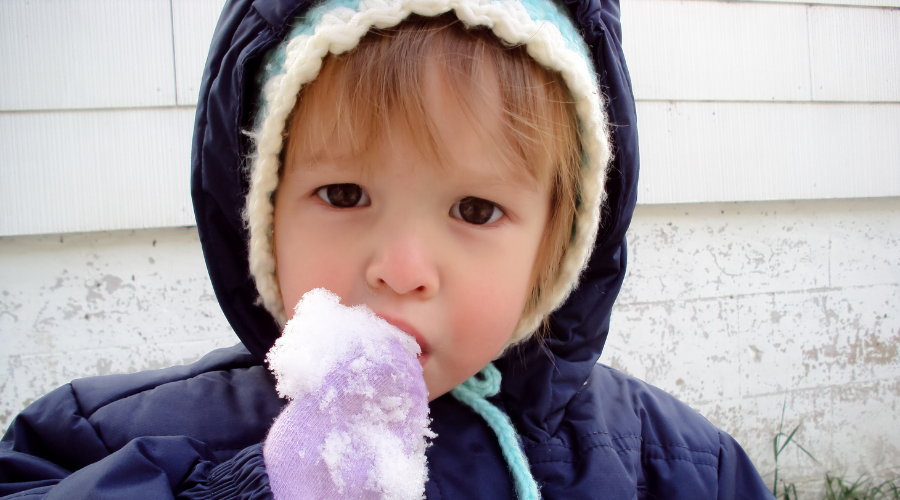 Growing up in Poland, we had plenty of snow each winter. We always played in it, building snowmen, having snowball fights, or sledding. However, I enjoyed eating it. It might sound crazy, but as a young boy, I couldn’t resist.

Now, as a grown-up man, I wonder if what I was doing was safe or not. Since most of us at least once tried eating snow, I decided to find out if it can be consumed. If you are also curious about it, keep reading this article to discover the answer.

Is the snow clear?

Before answering whether you can or can’t eat snow, let’s briefly explain what snow is. Snow is frozen distilled water that forms by absorbing water droplets in the atmosphere. The moment these droplets collide, they create snowflakes. If they are heavier than the air resistance, they start falling.

Because the snow is frozen distilled water, it is already purer than any other precipitation, and technically snow is even purer than your tap water. It means, if we could eat the snow located in the sky, it would be not only safe but also healthy.

However, before it gets to us, it has to go through the air first. Unfortunately, the air often contains dirt, tiny bacteria, or other undesirable substances. Because of that, once it falls to the ground, it can already be polluted.

The longer it stays on the ground, the more it absorbs all contamination from its surroundings, such as dirt, microbes, and chemical debris. With each passing hour, the snow becomes less and less suitable for consumption.

When you can and can’t eat snow?

From the previous paragraph, we know that snow is frozen water that is pure and perfect for consumption. However, it should be avoided as it may be polluted by bacteria, microbes, or dirt.

To make it as safe as possible, you can eat snow in small quantities when it is freshest. It means that you should only eat snow that has been laying no more than half a day. You want to eat the top layer, which is as far away from the soil as possible. You can also put the pot and let it fall into it for more security and then make some snow ice cream.

You should never eat snow that has a different color than white. In that case, yellow snow isn’t your only enemy, but any colored snow, except white. Avoid the snow laying next to the streets due to the contamination coming from the cars. If you have a weak immune system, eating snow is also a big no for you.

Eating clean snow is ok when all safety measures are in place. It means that you can eat white and fresh snow in a small quantity that is not close to the soil or the street when you have a good immune system. You can even try to make some snow cocktails too.

The Best Garage Storage Organization Racks and Cabinets in 2021

The Best Backyard Games for Everyone