What is a Floodlight and How Does it Work? - Backyard Boss Skip to content
We are reader supported. External links may earn us a commission.

We have come a long way since babbling outside in the dark or relying on that one light bulb that could barely illuminate the front door whilst we had stuff to do way back in the yard. Today, we can rely on state-of-the-art outdoor lighting, and one of the best examples of how far these lights have gone is floodlights. What are floodlights used for and how do floodlights work? Read on and find out, we break it all down for you right here.

Why are They Called Floodlights? 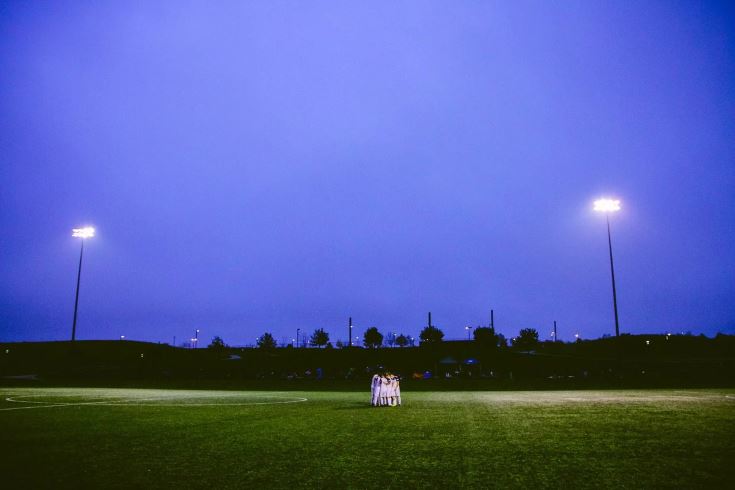 Floodlights are an artificial form of light with a broad beam. Floodlights are most commonly found in places where plenty of artificial light is needed. Some of these spaces include a large parking lot, places that host events such as concerts or theater halls, and outdoor playing fields.

While the correct use of the term “floodlights” is only in a context where we refer to very strong beams of light, people also use the term nowadays to describe powerful outdoor fixtures they install in their own backyard.

Floodlights can also be used to illuminate your own back or front yard, as the diversity of this product has greatly increased over the past years. What makes floodlights different from other types of light isn’t just the broad light angle, but also the fact that it has to be resistant in the face of weather elements, such as rain or frost. Because of that, floodlights need to be significantly more resistant compared to indoor lights. 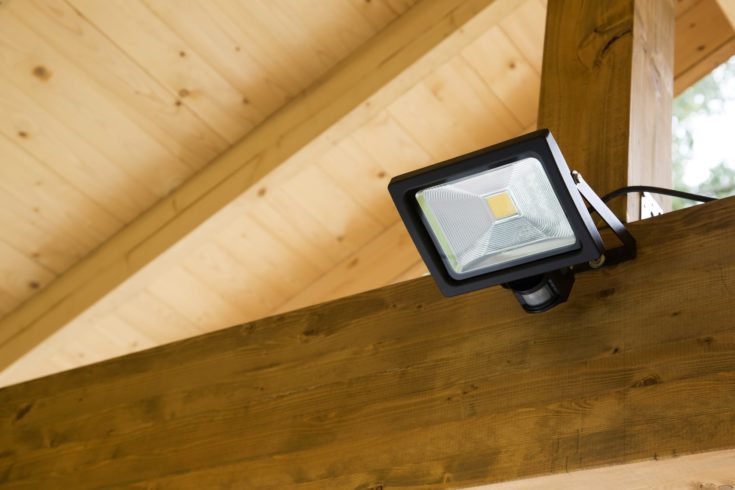 For the most part, people use outdoor floodlights for two reasons: nighttime illumination and security. If you purchase an outdoor light for security, you can opt for models with more advanced features, such as motion sensors or even cameras that start recording when movement is detected.

What these lights basically have is a sensor that is sensitive to movement within a certain radius. As movement is detected, the lights will automatically turn on and illuminate to give you a better glimpse of what’s going on outside of your home. Floodlights equipped with a camera will start recording the moment the sensor is triggered, so you can have video footage as well.

While the principle stays the same, the way in which a floodlight generally works will depend on different other factors, like the type of light bulbs it uses, for instance. There are pros and cons to using LED vs halogens and it’s good to know which will work best for you. The wrong bulb can result in floodlight failure.

Some floodlights are solar-powered, which means they have a small solar panel attached to the fixture. When placed in the proper area, these solar panels will absorb the energy from the sun and store it inside a battery that’s just one of the components of a floodlight. During the night, the lights will use whatever energy is stored in the battery to light up the bulbs and provide you with illumination. 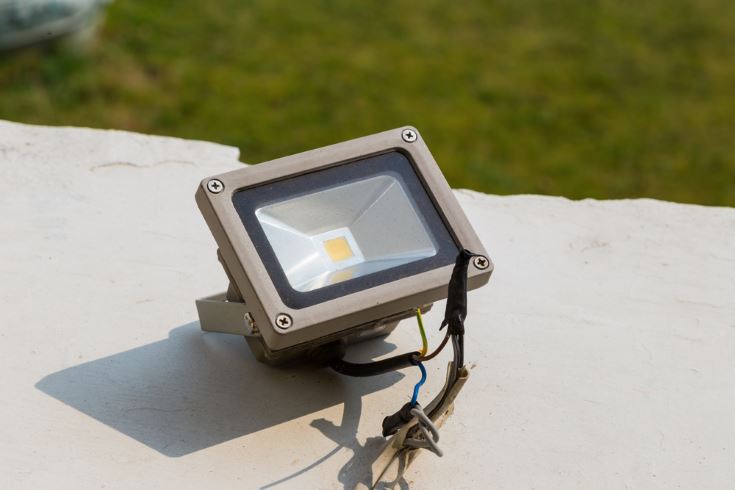 However, choosing a solar floodlight can be problematic in times when the sun doesn’t shine or if you’re not placing it in the correct area so that it can soak up as much sunlight as possible. It is also best if you buy a solar floodlight with a motion sensor that dims the lights when motion is not detected. This will help preserve the energy stores as the floodlight will not be operational at all times (at least not at a full brightness level).

When you’re on the market ready to purchase an outdoor floodlight, there are certain shopping considerations and features to keep in mind. Here are some of the things to look out for: 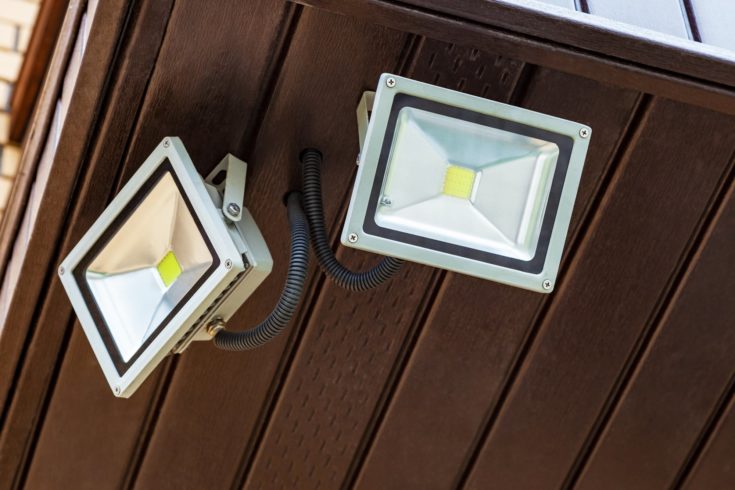 A floodlight is a perfect way to illuminate large areas, such as concert halls, huge parking lots, or sports fields, but they have also made their way into people’s yards. Floodlights are a great way to get that broad beam of light that helps you monitor your home’s surroundings, especially if you buy a more advanced model, like one with an integrated camera and a motion sensor.

What Wattage for Outdoor Flood Lights is Best?

How to Hang Outdoor String Lights

Scroll back to top
6shares