What Is Bark and How Does It Form on Smoked Meat? - Backyard Boss Skip to content
We are reader supported. External links may earn us a commission. 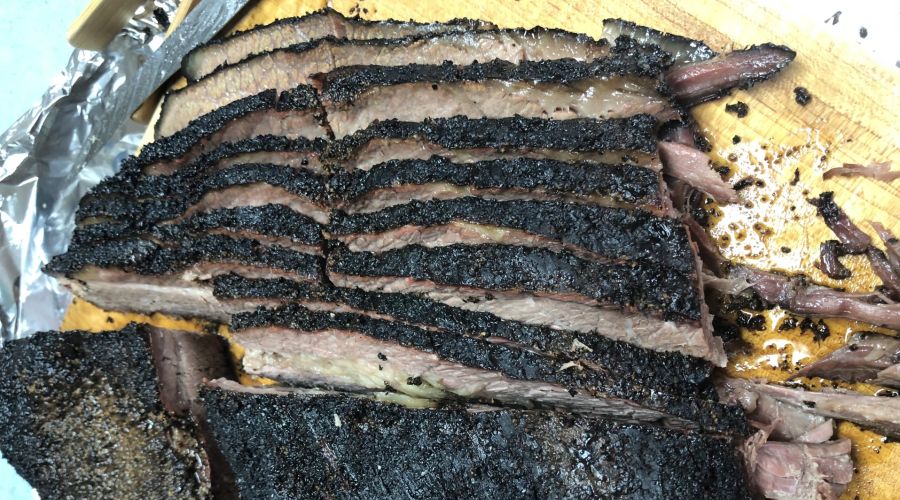 All good barbecue chefs understand the importance of bark to the flavor and enjoyment of smoked meats. While the term bark is becoming more widely used by those outside hardcore barbecue circles, it is still misunderstood by many. The record will be set straight here, and everyone will be better able to understand the vital importance of having good bark on their meat.

What Is Bark And Why It Is Important?

The BBQ bark is a hard crust-like substance that forms on the outside of the meat that is smoked in barbecue fashion. The bark results from a combination of the dry rub, caramelized sugar, rendered fat, temperature control, and smoke that is cooking on the surface of the meat. Bark forms on the outside and not the inside of meat because it is exposed to both direct heat and oxygen. The formation of bark is actually the product of some pretty complex chemical reactions.

Bark provides a critical flavor and texture contrast to smoked meats. It generally has a sharp and concentrated flavor that maximizes the herbs and spices of the dry rub and locks in the smoky flavor that is the signature of barbecue. This contrasts the mild flavor of the meat inside and provides a balanced bite of meat.

The texture contrast of bark is also important. It is hard and crusty, and that is complemented with the soft, juicy interior of the meat. This again provides the most balanced and enjoyable bite.

How to Get Good Bark

Good bark is not something that just happens to any and all barbecue. The cooking conditions must be correct for good bark to form. You can also change the appearance or amount of bark by altering certain conditions. 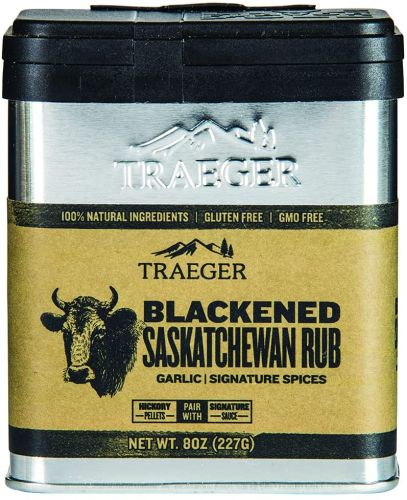 This spice rub from Traeger features a secret signature blend of garlic and other spices. It pairs particularly well with beef, poultry, seafood, and vegetables, though pork and wild game will also benefit from its flavor.

Most good-quality spice rubs have at least salt, pepper, sugar, and paprika. They may also have garlic powder, onion powder, ginger, or other “secret” ingredients. The ingredients in a rub can greatly affect bark formation. A rub heavy on spices will create a “spice crust” that is usually about 1 mm thick. A thin rub, that has mostly salt, will create a lighter, thinner “pellicle” layer that is about .5 mm thick. Most pieces have both a spice crust and pellicle layer depending on how and where the rub was added to the meat.

Smoke is the second most important factor in bark formation. The longer a piece of meat is exposed to smoke, the dark and heavier the bark will become. A piece that is aged for about 12 hours will appear almost burned. The meat is not burned, however, and if done correctly, this dark bark is highly coveted.

Fat is necessary for bark formation because fat-soluble spices are key to forming the bark. Too much, fat, however, is counterproductive to bark. If your goal is to have healthy bark formation, then you should have a thin layer of fat on the outside of the meat. Trim off any thick chunks of fat.

Moisture content is also key to bark formation. It needs some moisture to form because the water-soluble spices must be dissolved, but the moisture found naturally in the meat and smoke is generally enough. Do not overdo the basting of the meat or you will actually prevent bark forming.

Sugar is the last step in the formation of bark. That is why it is good for beginners to save the addition of their sugar until the final stages of cooking and then baste lightly with the sugar mixture. If the sugar becomes overcooked then it will simply char on the outside of the meat instead of contributing to the bark. We recommend you using brown sugar to all your smoked recipes.

Maximizing bark on a piece means maximizing the surface area exposed to air. Cut smaller chunks of meat and avoid using a pan. The meat should have full exposure to airflow.

The bark is a dark crust-like substance and it forms on the outside of the meat and is highly desired. It provides a delicious flavor and texture contrast to your smoked meat. It is a combination of the dry rub, caramelized sugar, rendered fat, and smoke that is cooking on the surface of your meat.

By following these simple guidelines, you will create a delicious bark that is rich, flavorful, and delectable. Enjoy your food!

Asian-Style Ribs on the Grill

How to Remove the Membrane From Ribs

To Brine or to Inject Your Turkey, What's Better for Grilling?

How to Grill Chicken: Tips for the Perfect Meal