What Is Evaporative Cooling and How Does It Work? - Backyard Boss Skip to content
We are reader supported. External links may earn us a commission. 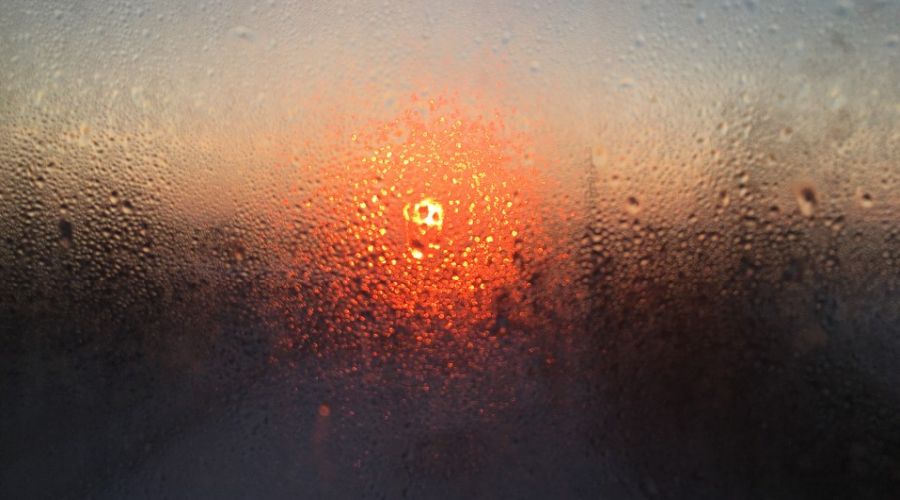 But how does evaporative cooling work? Let’s find out.

What Is Evaporative Cooling?

Evaporative cooling is a natural process that cools down air via the evaporation of water, i.e. water changing its state of matter from liquid to gaseous. The process begins by bringing in dry fresh air that is warm or hot. Typically this is done with a cooling unit that is situated on top of your house.

The unit is connected to a duct system with a number of outlets throughout the house. As the dry warm air moves through the ventilation system, water evaporates. This evaporation requires an exchange of energy, which is provided by the dry warm air, which in turn cools down. When the air reaches the interior of your home, it comes out of the vents much cooler and more humid than it was when it first entered.

How Does a Swamp Cooler Work?

A swamp cooler is another name for an evaporative cooler. It works exactly as mentioned above. That said, generally speaking, swamp coolers are usually equipped with a fan, a water source, and pads or quilting. The fan works to suck in the hot air from outside and channel it through the ducts. As it moves along, it passes through the wet pads, as well as over the water reservoir, and rapidly decreases in temperature. Swamp coolers are efficient at lowering the temperature of air by as much as approximately 20° Fahrenheit.

Depending on the exact model, swamp coolers may also utilize other helpful components, like air filters for cleaning the air, remote controls, a water pump for moving water to the pads, and other parts. There is even an option for adding ice packs to some evaporative coolers. In this case, the ice is usually placed near the end of the ducts, near the vents, so the air is even chillier when it comes out.

Why Is It Called a Swamp Cooler?

Who Are Swamp Coolers the Most Beneficial for?

Swamp coolers are useful anywhere that gets hot outside for several months of the year. But they are most beneficial to those who live in dry climates with low humidity. In this sort of environment, swamp coolers will add a tremendous amount of much-needed moisture to the air in your home. For those in the US, if you live in Utah, New Mexico, Texas, Colorado, or California, a swamp cooler may well be better for you and your family than a traditional air conditioner. In States that are high in humidity, swamp coolers struggle to do their job due to the high amount of moisture already present in the air.

Evaporation coolers, also known as swamp coolers, work by drawing in warm air from outside, cooling it with water, and directing it through a ventilation system, blown by a fan, and into each room you wish to cool. If you want to lower your electricity bill or have respiratory problems and struggle with dry air, a swamp cooler is an excellent option to pursue.

Scroll back to top
21shares