What Not to Plant Near Tomatoes - Backyard Boss Skip to content
We are reader supported. External links may earn us a commission. 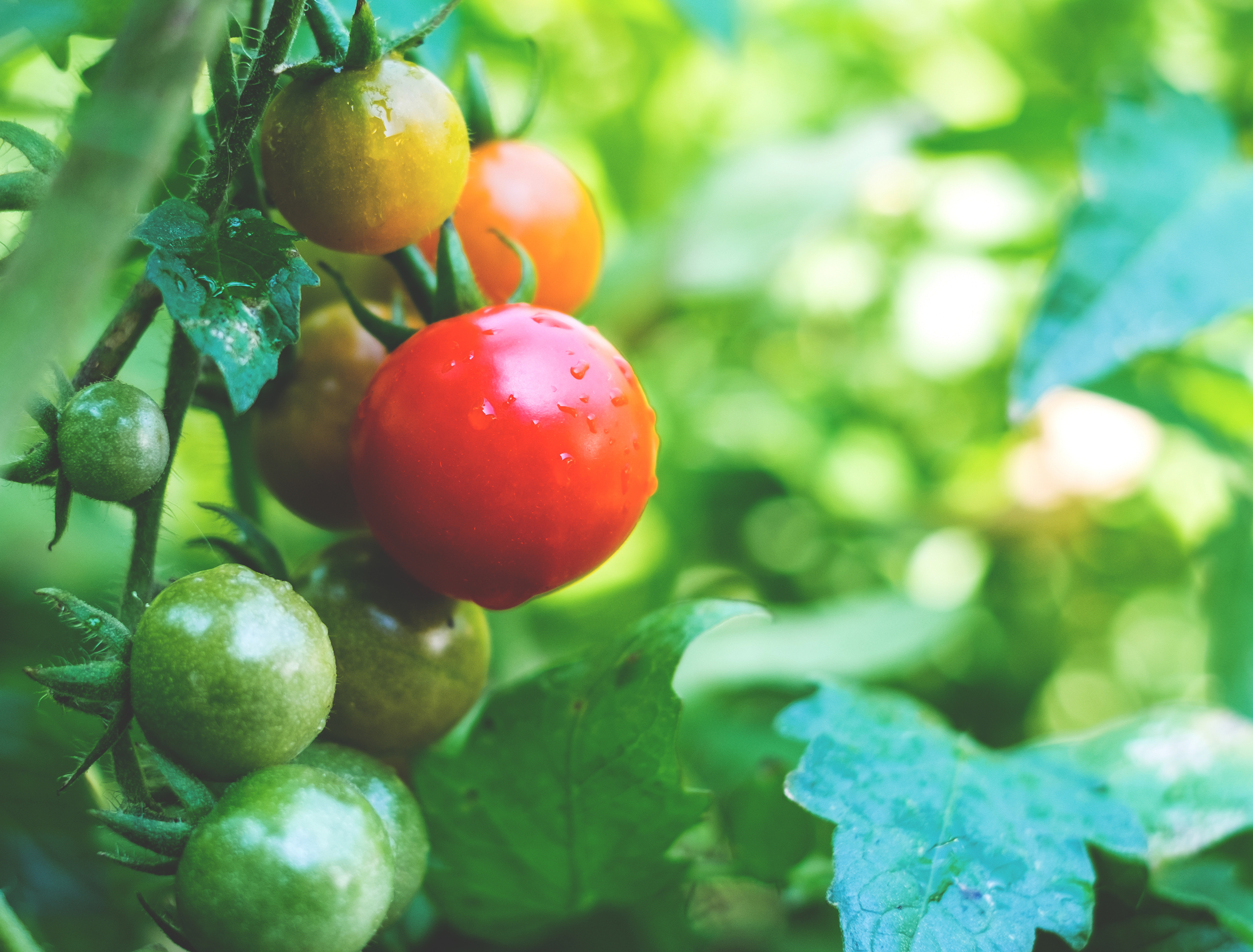 Companion planting is a popular practice among fruit and vegetable gardeners. The guiding idea is that certain species of plants benefit one another when growing nearby; for example, by enhancing the uptake of nutrients, attracting pollinators, or deterring pests. Tomatoes are popular choices for companion planting because they are known to form these symbiotic relationships with many common fruits and vegetables.

However, not all plants make for good neighbors. Far from helping one another, certain species can inhibit or sabotage others when planted nearby. Read on for ten plants you should keep far away from your tomato crop.

Be careful when companion planting with cabbage and its Brassica relatives. Members of this family are heavy feeders, just like tomatoes, which means the plants will compete for nutrients in the soil. Since cabbage roots spread slightly more aggressively than tomato roots, your tomatoes will probably suffer more acutely, but the competition will harm both plants.

As members of the Brassica family, broccoli and cauliflower can impact tomato growth in the same way as cabbage, by out-competing them for nutrients. Make sure to give both crops a fighting chance by leaving ample room between them.

Kohlrabi, also known as the German turnip, is a savory vegetable with a texture similar to an apple.  This is another example of a heavy-feeding Brassica family member. Like its relatives, kohlrabi can stunt your tomatoes’ growth by draining nutrients from shared soil.

Tomatoes and corn share vulnerability to a destructive worm known by two names: the tomato fruit worm or corn earworm. Planting the two species near one another simply increases the likelihood of the worm thriving and devastating both crops.

Walnut and butternut trees produce a chemical called juglone that is toxic to tomatoes and other nightshades. Avoid planting tomatoes within 50 feet of a walnut tree, or anywhere you know walnut trees to have stood within the past two years.

Tomatoes growing near these trees will be stunted at best. At worst, they may develop a disease known as walnut wilt, which causes them to grow flaccid with yellow and brown leaves and stems. A healthy, mature tomato plant can die from walnut wilt within days of the onset of symptoms.

Tomatoes and other nightshade plants, such as eggplants, are at high risk for developing early and late blight. When they are planted near one another, the disease can build up and fester in the soil, causing it to worsen year after year. Even planting nightshades one after the other in the same soil can increase their susceptibility to disease.

Nightshades also tend to attract the same pests. Among the most devastating of these is the hornworm, the larval stage of the five-spotted hawkmoth. This voracious pest can eat its way through nightshade leaves at lightning speed.

Like eggplants, these nightshades can spread blight to other members of the family and support hornworm growth. Avoid growing them in the same soil as your tomatoes. Ideally, plant them far away enough that hornworms can’t easily travel between the plants’ leaves.

Yet another nightshade species, potatoes and tomatoes can exchange diseases and pests that harm both plants. An additional challenge you may face when companion planting these species is that harvesting potatoes require digging up a fair amount of soil. If your tomatoes are growing too close by, you risk damaging their delicate roots in the process.

Fennel is an all-around poor choice for companion planting. Its roots secrete a substance that stunts the growth of nearby plants, especially tomatoes, kohlrabi, and certain beans. A good rule of thumb is to grow fennel in its own soil, well away from your other fruits and vegetables.

Young dill is beneficial to tomato plants, attracting pollinators and even repelling pests, such as the tomato hornworm. But once it matures, it can begin to have an adverse effect. Mature dill roots secrete a substance that is harmful to tomato roots.

Some gardeners grow young dill near tomatoes to enjoy these benefits, then move the dill once it flowers. However, there is some evidence that dill may begin to threaten tomatoes even before flowering. Unless you’re an experienced enough gardener to monitor your tomatoes closely for signs of trouble, you should stick to more reliable tomato companion plants and grow dill at least four feet away.

Companion planting is all about pairing plants that form natural symbiotic relationships. Tomatoes simply don’t play well with the species listed here. However, they are excellent candidates for companion planting with many other popular species. Carrots, lettuce, basil, marigolds, and garlic can all help tomatoes thrive.

Keep these relationships in mind as you plan out your tomato garden, and you’ll be well on your way to enjoying plump, healthy fruits this summer.

How to Prepare and Trim Pork Ribs

Why You Should Clean Your Gutters In The Spring

How To Stop Your Garden Hose From Leaking