What to Know About Slime Mold on Grass - Backyard Boss Skip to content
We are reader supported. External links may earn us a commission. 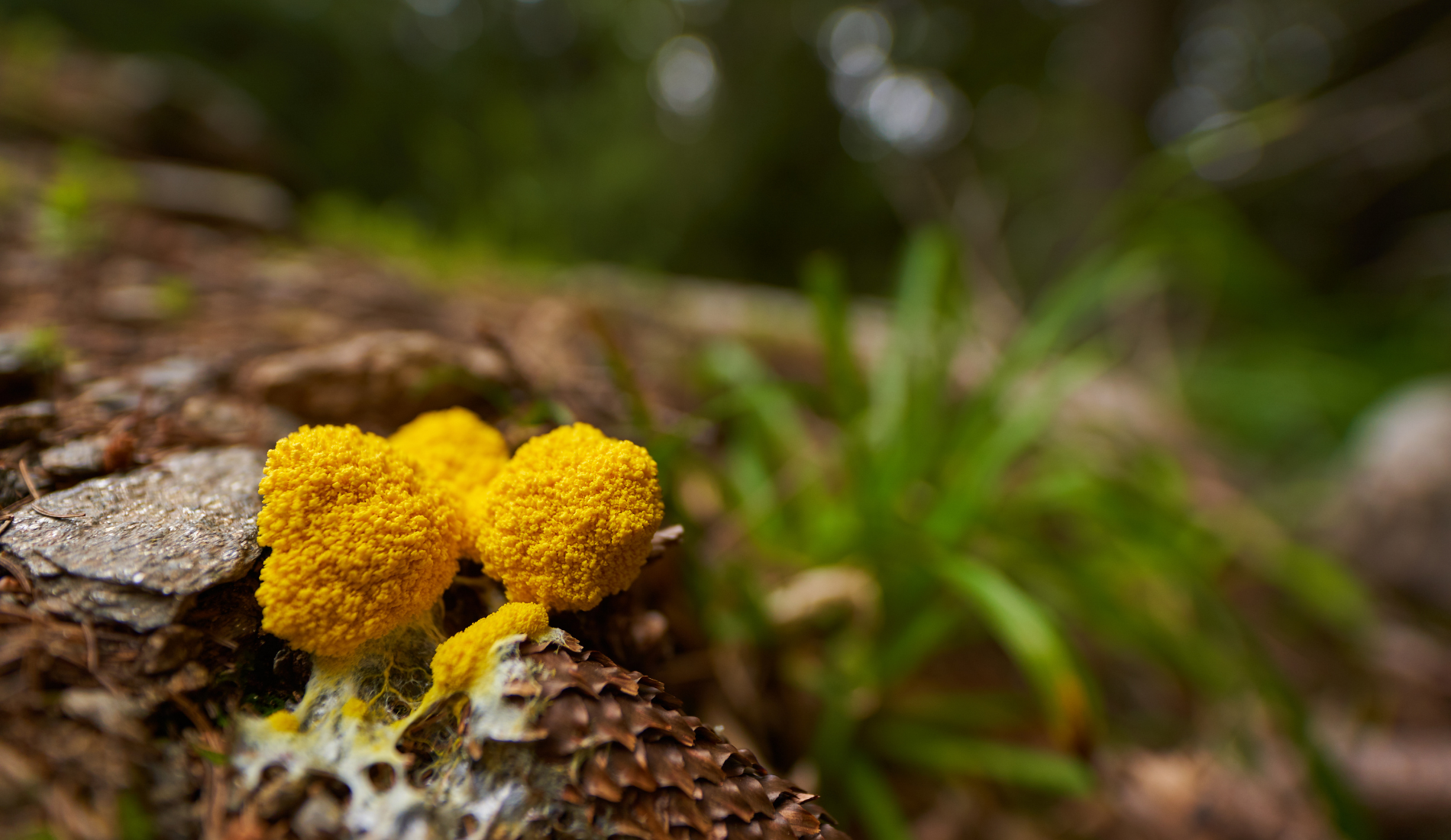 Slime mold is an ugly-looking organism that can be found on your lawn. It has a complex definition that includes words like “amoeboid” and “gelatinous protoplasm”. Luckily, it is no longer considered a fungus and is not harmful to humans.

Slime mold is often mistaken for something left behind in your yard by a dog. One frequently encountered one even has the common name “dog vomit”. Learn more about slime mold and how to identify, treat, and prevent it from forming on your lawn.

What is slime mold?

Slime molds, as their name suggests, are typically slimy in appearance and have the distinct look of something that is not quite right, or moldy. In more scientific terms, slime molds are not true molds, which are a type of fungi. Although they share many similarities with fungi, slime molds are actually collections of single-celled organisms that occasionally unite into a larger mass to reproduce. This large, reproductive mass is what people tend to notice on their lawns. Once you get past their somewhat disturbing appearance, these organisms are harmless and even quite fascinating.

How to identify slime molds

Slime molds tend to have a wet and slimy appearance and also often appear veiny or webbed. They are found in a large range of colors including black, white, orange, yellow, and pink. Slime molds can be found on your grass, but may also make their way onto trees, mulch, or other surfaces. Below are some images of common lawn and garden slime molds:

These slime molds are common and relatively easy to identify. In general, slime molds are tricky to identify down to the exact species due to their microscopic nature and varied appearance. Almost all of the 700 known species exist in similar conditions and behave in similar ways so precise identification beyond knowing that it is a slime mold isn’t usually necessary.

Slime molds are naturally present in all soils in their single-celled form. When we notice them is when they are gathering into large reproductive masses. Typically, these reproductive masses are triggered after heavy rainfall and are likely to form in areas with very high moisture. If you are watering your lawn frequently, and the moisture is building up, it may trigger slime molds to form reproductive masses on your lawn. Watering at night tends to cause more moisture to build up as well.

Another reason for the presence of slime mold on your lawn could be a buildup of organic material. Leaving grass clippings or other organic materials laying in your yard, especially during wet conditions, can cause slime mold to form. Although the slime mold itself is not harmful, having moist and decaying material that attracts slime molds could also invite harmful bacteria or fungi into your yard.

How to prevent and treat slime mold

The best way to prevent slime mold on your lawn is to ensure you are not allowing organic material to decay and moisture to build up. If rain is in the forecast be sure to rake up grass clippings and other organic material, like fallen leaves. After heavy rains, rake out mulch to help it dry out. In the areas of your yard that tend to gather the most moisture, you can try to allow more sunlight by trimming trees and shrubs. Landscaping to even out your yard will allow more water to drain away.

If you do notice slime molds forming in areas of your yard, don’t panic. Remember these organisms are harmless and might even be helping your yard by feeding on decaying material, bacteria, and fungi. If they are unsightly and you want to remove them, the best thing to do is dry them out. You can rake the slime mold to spread it out and help it dry out quicker. You can also rake it into an area where it will be exposed to more direct sunlight. If you’re feeling adventurous, gather up the slime mold and put it in a jar to observe as a fun science experiment!

Do you have slime mold?

Finding a slime mold on your lawn can be quite a shock. Initially, these organisms look like a nasty fungus, infecting your grass. In reality though, this is a relatively harmless discovery of a fascinating organism that is just temporarily passing through. When we see a slime mold, we are actually seeing a reproductive mass of single-celled organisms that have come together for a short period of time due to ideal shady and moist conditions. Rake up organic materials and avoid letting moisture build up to keep slime molds off your lawn. If slime molds do show up, simply rake them away or let them dry out on their own.

Lettuce Bolting: What It Is and What To Do

How To Keep Your Cat Away From Your Indoor Garden