Why Do We Decorate Our Homes For Christmas? - Backyard Boss Skip to content
We are reader supported. External links may earn us a commission. 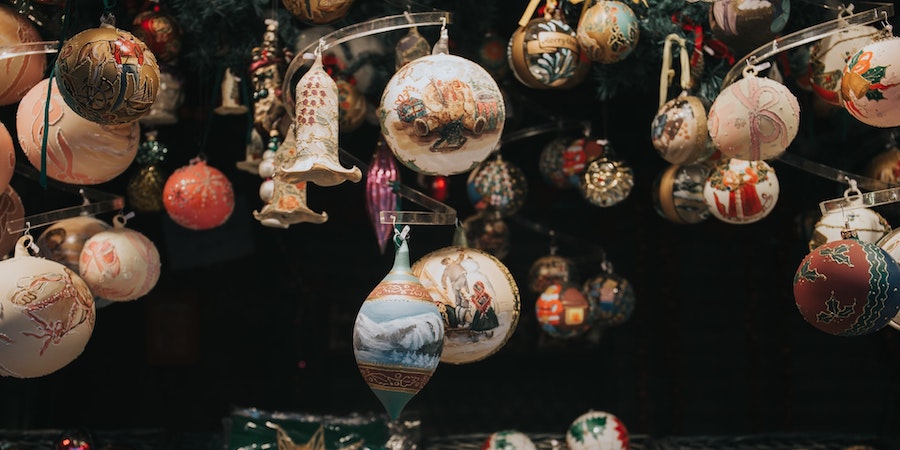 Decorating our homes at Christmas time is a tradition we all look forward to. This festive act brings joy and holiday spirit to us, our family, and our neighborhood. But, have you ever wondered; ‘why do we decorate for Christmas?’

Tradition is a funny thing if you think about it. The original reason the tradition came to be gets lost as the world and culture around us evolve.

This is certainly the case for Christmas traditions. The origins of most of these traditions are unknown or disputed, and there are several different origin stories for each.

Either way, decorating for Christmas is a fun family activity. Check out our best Christmas decoration ideas for some inspiration.

With that said, let’s uncover some of the mysterious reasons surrounding why we decorate our homes for Christmas.

Let’s start with the most iconic and recognizable Christmas decoration; the Christmas tree.

The details of the exact origins of the Christmas tree are a bit murky. However, some say that this is a Christian take on an old Pagan tradition involving decorating with evergreen boughs around the Winter Solstice.

Nevertheless, we know that we can trace cutting an evergreen tree down and bringing it inside to 18th century Germany. In fact, this practice may have been in place as far back as the 16th century.

From Germany, this tradition traveled to England with Queen Charlotte, and then on to North America shortly after.

Using lights to decorate at Christmas time can be traced all the way back to Yule, a Norse tradition celebrating midwinter. This tradition involved drinking “Yule”, a type of beer, while watching the Yule log burn. Lighting the Yule log was believed to summon the sun’s return while driving away evil spirits.

In Christian terms, it’s been argued that this idea was built upon and now represents Jesus lighting up the darkness.

The Lit Up Tree

Christmas trees weren’t always lit up. In fact, it was long after trees were brought inside that they started being decorated.

There was a trend in the 1800s that used candles to light up parts of your Christmas tree, but this came with obvious hazards.

It wasn’t until Thomas Edison had a bright idea in the 1880s that lighting up your Christmas tree started catching on. He strung up a bunch of incandescent bulbs outside his Menlo Park laboratory in an attempt to promote the use of electric light, but also to spread a bit of Christmas cheer.

Even though the Christmas tree became a novel attraction, it took several decades (into the 1900s) for this trend to catch on and people started lighting up their Christmas trees around the world.

In the contemporary world, your holiday colors can be whatever tickles your fancy. Traditionally, however, red and green dominate the Christmas holiday color palette.

Green earned its place in the Christmas palette as it is known to represent the continuance of life through Winter. It’s a reminder of Spring and the burst of life that comes with it. It’s also believed to represent the eternal life of Jesus.

Red was traditionally used to symbolize the blood of Jesus.

Here’s an interesting fact about Santa Claus for you. The original Santa Claus wasn’t clad in a red suit. Prior to the 1930s, Santa Claus was depicted in numerous different ways in a variety of colors. Sometimes he was short, rotund, and elfish while other times he was more jolly and father-like. There were even times he was downright scary.

He was portrayed in a variety of different colors, including tan, green, and scarlet.

In the 1930s, Coca-Cola commissioned artist Haddon Sundblom to paint Santa Claus for their Christmas promotions. The public fell in love with the bearded, grandfatherly, red-clad Santa Claus and adopted him as the official mascot for Christmas.

As you can see, the origin of a lot of Christmas traditions aren’t fully known. The traditions we practice today are a culmination of centuries of human history. We’ve now seen artificial Christmas trees, blue and silver color schemes, and an enormous amount of outdoor holiday decorations – just to name a few.

Whatever traditions you follow when decorating for the holiday season are up to you, but we’d love to know! Comment below!

How To Make An Outdoor Christmas Tree Made of Lights