Why is Thanksgiving Always On a Thursday? - Backyard Boss Skip to content
We are reader supported. External links may earn us a commission. 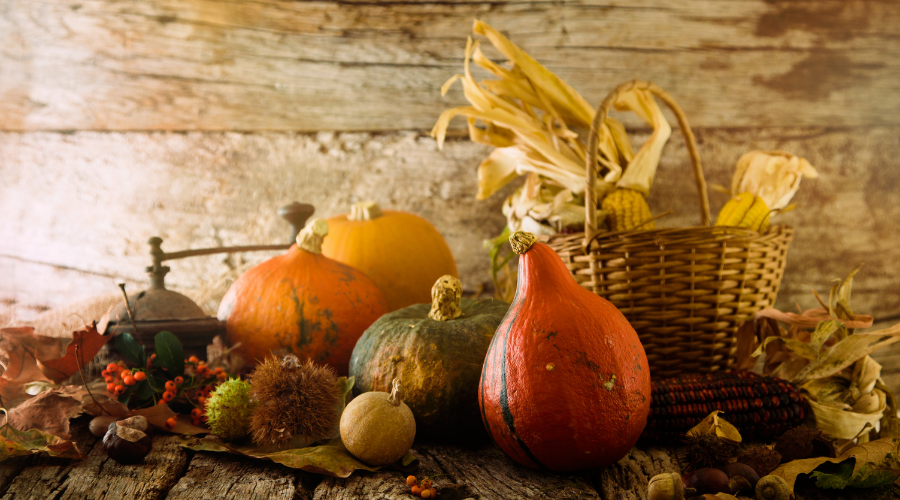 Everyone knows the 3T’s of Thanksgiving — turkey, tradition, and… Thursday?

Have you ever wondered why we celebrate Thanksgiving on the fourth Thursday of November instead of having a specific date?

There’s a good reason behind that and if you want to know why Thanksgiving is always on a Thursday, keep reading!

After the First Thanksgiving, the colonies didn’t set forth to commemorate it annually. Instead, during the 1700s would set aside a day or two to give thanks for specific good fortune bestowed on them that year.

This day of thanks would be different each year and for each colony, depending on what their governor announced. It’s said that Connecticut was the first colony to officially declare Thanksgiving an annual holiday.

However, everything changed in 1789 once a proclamation by President George Washington was issued for all states to spend November 26, a Thursday, as a day of Public Thanksgiving. It was done at the prompting of the Federal Congress to unite the nation.

According to President George Washington, Thursday was chosen because most of the weekend was already dedicated to the preparation and observation of religious weekend practices. Friday was also out of the question since this was a day Catholics spent fasting while Monday was the day after Sabbath, making both dates inconvenient for a holiday.

Thursday then became the go-to since it was closest to the weekend without interfering with any religious traditions.

After Washington’s decree, many subsequent presidents followed this and issued their own Thanksgiving dates, which changed year to year.

In 1827, the Mother of Thanksgiving, Sarah Josepha Hale, started a one-woman campaign to declare Thanksgiving as a fixed national holiday to help unify the country amid tensions between the north and the south. She explained that the last Thursday of November was ideal for giving thanks with a clear mind since, by this time, everyone would have completed the harvest, returned to their families, and there would be less risk of illness.

Finally, in 1863, she wrote a letter to President Abraham Lincoln and convinced him to declare Thanksgiving a national holiday. It was during the height of the Civil War, and Lincoln took this as an opportunity to give thanks after the Battle of Gettysburg.

This holiday was celebrated by all states and continued annually in the following decades. Unfortunately, there was one year where Lincoln’s decree wasn’t honored.

The year 1939 had a five-week November, which shortened the holiday shopping season. To appease retailers, President Franklin D. Roosevelt unexpectedly moved Thanksgiving ahead by a week, from November 30 to November 23.

It was called Franksgiving and caused tons of chaos and confusion. Although this decree only applied to Washington D.C., Thanksgiving celebrations were interrupted throughout the country. Some states followed along and celebrated Thanksgiving on the 30th, others stuck to the 23rd, some celebrated on both dates, while one state, Mississippi, skipped the holiday altogether.

Two years later, in 1941, all confusion was laid to rest when President Franklin Delano Roosevelt signed a law declaring Thanksgiving a federal holiday celebrated every fourth Thursday of November. This law by Roosevelt is the reason why, to this day, Thanksgiving is always on a Thursday.

Although food has been the center of attention for centuries, Thanksgiving traditions are more than family reunions around the dinner table! These traditions have many roots and can take on many forms. If you’re up for some new activities that go beyond sharing what you’re thankful for and watching the Macy’s Day Parade, here are some Thanksgiving traditions you need to try!

While the day of Thanksgiving is traditionally spent with your family, you can also celebrate with your friends. Planning a Friendsgiving celebration a week or two before Thanksgiving weekend can make this holiday extra-special!

Joining a Turkey Trot can help you make more room for a generous dinner while having a hilarious time racing your family, friends, and neighbors! It’s a quirky activity that brings a community together and can be made more fun with costumes and kid-friendly activities.

Since everyone takes family photos during Thanksgiving, how do you take yours to the next level? Try to be as imaginative as possible for your photos using themed attire, props, and behind-the-scenes shots taken throughout the day. To uniquely capture everything, consider giving your family members disposable cameras. It helps them immortalize their favorite Thanksgiving moments on film, and you could develop these photos and use them for holiday cards!

Thanksgiving is rich in history and tradition. It’s the one Thursday of the year that brings your family and friends together for the sole purpose of being thankful.

This Thanksgiving, try something you’ve never done before, and, who knows — you might just start a super fun Thanksgiving tradition for all your loved ones to enjoy!

Tell us in the comments below which activity you’ll start this Thanksgiving, and feel free to share any other thoughts and questions you might have.

How To Make a Simple Snow Sculpture

What is the History of Garden Gnomes?

How To Make An Outdoor Christmas Tree Made of Lights