Why Were Chainsaws Invented? - Backyard Boss Skip to content
We are reader supported. External links may earn us a commission. 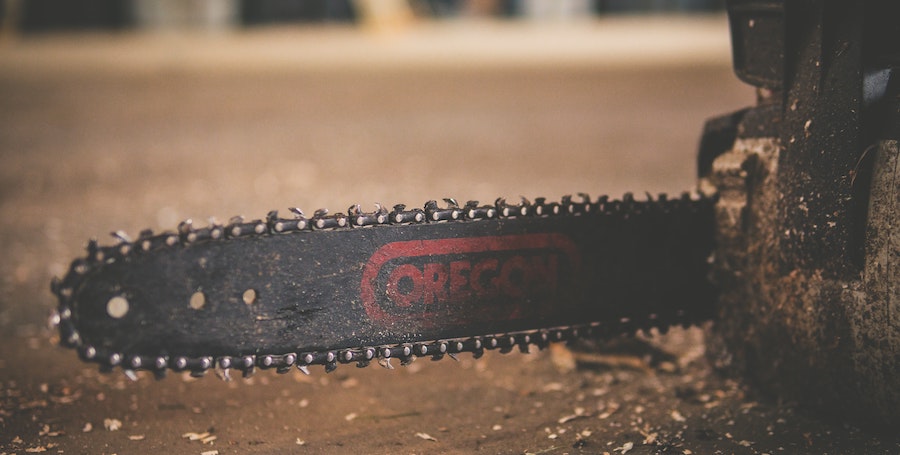 The answer to this question might seem obvious. To make cutting wood quicker and easier right? No, not quite. While chainsaws today are used around the world to cut down trees and make short work of cutting up wood, they have a surprising origin.

The chainsaw wasn’t even intended to be used outside. Read on to find out its story of creation.

The Labor Room And Chainsaws

Here comes the answer you weren’t expecting; chainsaws were invented to assist in childbirth. Yes, you read that right. Before Cesarean section was commonly performed, doctors used chainsaws to save mother and child during difficult births.

Before the invention of the C-section, all newborns had to pass through the birth canal during birth, which was fine if everything went smoothly. However, when labor stalled for any reason, doctors had to use small knives to cut away pieces of the pelvis.

This process was extremely painful for the mother and dangerous for the soon-to-be-born child. This was also all before the invention of anesthetic.

The Invention That Changed Everything 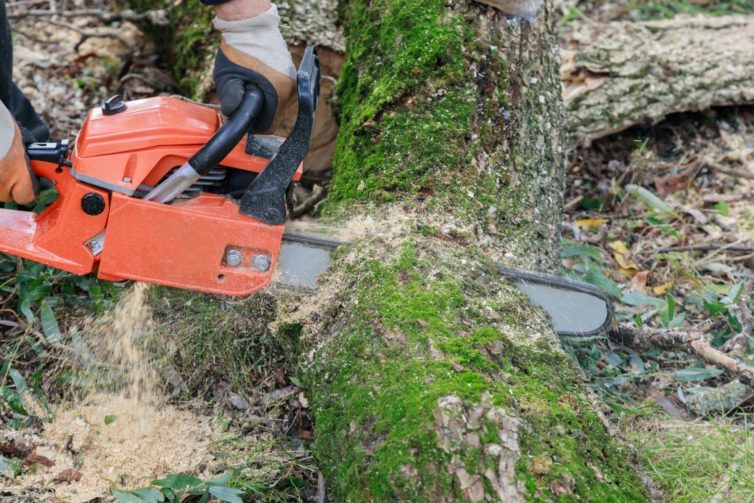 In 1780 two Scottish doctors, John Aitken and James Jaffray, invented the first chainsaw to help with the procedure outlined above, known as symphysiotomy. This first chainsaw, however, looked nothing like the modern ones.

It looked a lot more like a surgical tool and less like the heavy machinery used to fell gigantic trees. It was powered with the use of a hand crank, and greatly reduced the time it took to perform the procedure.

In 1830, the second version of the chainsaw was invented by a German named Bernard Heine. He named his version the osteotome, which is the Greek word for the bone cutter.

As the name suggests, this was used in surgery, but its use extended beyond childbirth. Doctors were cutting bones with this tool easier than ever before.

While the chainsaw was evolving at this point, people still weren’t aware of how handy they could be to cut wood. The next step in its development is essentially what brought forth our top rated chainsaw.

At the beginning of the 20th century, people started to realize that chainsaws were useful outside of the operating room too. Eventually, in 1905, Samuel J Bens patented an electric chainsaw that he intended to use to fell giant redwoods.

21 years later, a patent was awarded to a person by the name of Andreas Stihl to produce and sell electric chainsaws. This marks the time when chainsaws used for felling trees began to be produced on a production line. And thus, the chainsaw completed its journey from the labor room to the forests. We were now on the way to having the best chainsaws we have today.

In those days, electric chainsaws were huge and weren’t a common thing to have in your household. In fact, two people were needed to operate the machine as they weighed over 100 pounds. So the method of how to use a chainsaw was quite different back then.

The Second World War gave us vast improvements in aluminum and engine design. This means that chainsaws became smaller and lighter without losing any efficacy. Chainsaws started to resemble the ones we know today. Without these improvements, we wouldn’t have the best 18-inch chainsaws available at our local hardware store.

It was also around this time that C-sections started to be used more regularly. This sped up the transition of chainsaws from surgical to timber tools.

So there you have it. The unexpected origin story of the chainsaw. It was responsible for helping with difficult childbirth for 125 years before it made the transition to a woodcutting tool. This remarkable invention ultimately resulted in this beast of a machine being available online in modern times.

Some of us may even have the original chainsaw to thank for helping our ancestors be born. Today, we can thank them for making short work of cutting down trees and cutting up pieces of wood in our yard.

What do you think about this story? Was it surprising? Let us know in the comments section below!

How To Prevent and Treat Snow Mold on Your Lawn

11 Plants That Grow in Loam Soil

Types of Fencing and Design Ideas

Outdoor Living Trends Taking Over in 2022